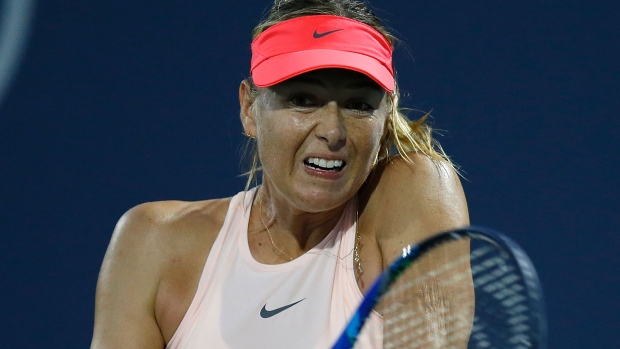 Maria Sharapova will miss the Rogers Cup in Toronto because of pain in her left forearm that forced her to withdraw from an event earlier this week.

The decision was announced by Tennis Canada Thursday.

“I am so sorry to be missing Rogers Cup this year,” Sharapova said in a press release. “I am so appreciative to the tournament for the wild card and my fans in Toronto for their support. I am disappointed that injury is keeping me from the tennis court once again, and I will work as hard as I can to return to the game I love as soon as possible.”

“We wish Maria the best and hope she is able to return to the court 100 per cent healthy soon,” said Karl Hale in a press release, Rogers Cup Toronto tournament director.