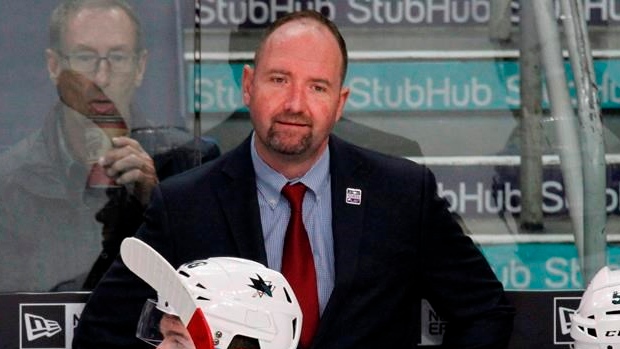 San Jose Sharks head coach Peter DeBoer is the odds-on favourite to be the first head coach fired this season.

According to odds released by Bodog on Thursday, DeBoer is a 7/2 favourite to be the next head coach fired in the NHL.

DeBoer is just a season removed from reaching the Stanley Cup Final with the Sharks. Last year, however, he saw his team fall in the first round of the playoffs to the Edmonton Oilers in April.

Winnipeg Jets head coach Paul Maurice and Doug Weight of the New York Islanders are both listed at 4/1 odds.

Maurice missed in the playoffs in each the past two seasons, but received a multi-year contract extension from the club last month.

Weight replaced Jack Capuano behind the Islanders bench in January and posted a 24-12-4 record to close the year. He is 1-2-1 with the team this season.

Calgary Flames head coach Glen Gulutzan is listed with the sixth-highest odds at 12/1 - tied with Dave Hakstol of Philadelphia Flyers.

The full odds, as released by Bodog, are below.