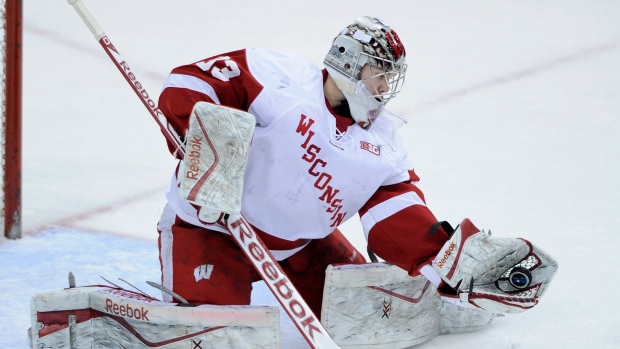 SAN JOSE, Calif. - The San Jose Sharks have signed former Wisconsin goalie Joel Rumpel and Cornell defenceman Joakim Ryan to contracts and assigned them to Worcester of the AHL.

Rumpel was a free agent after finishing his senior season. He had a 53-50-11 record with a 2.51 goals against average and .918 save percentage. He was a finalist for the Hobey Baker award last year.

Ryan had 19 goals and 59 assists in 123 games in four seasons at Cornell. Ryan was drafted by San Jose in the seventh round un 2012. He is the son of former Swedish tennis player Catarina Lindqvist.