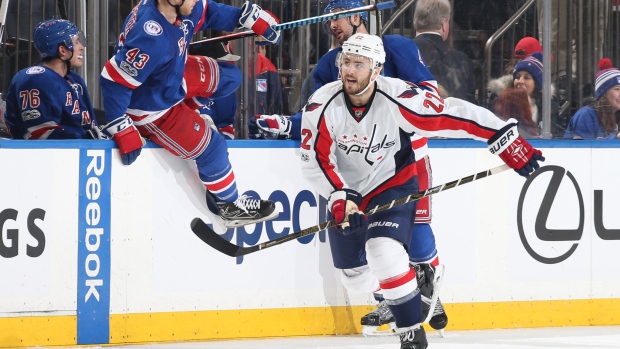 Shattenkirk was traded to the Washington Capitals from the St. Louis Blues ahead of the trade deadline in February for a first-round pick and Zach Sanford. The Blues would have also received an additional second-round pick had the Capitals advanced to the Eastern Conference Final.

Shattenkirk ranked fourth among Capitals defencemen with an average of 18:27 of ice time during the playoffs, less time than six of the Capitals forwards averaged. He scored one goal and added five assists in 13 playoff games and finished a minus-4. Four of his six points came on the power play.

The 28-year-old averaged 19:51 minutes per game with the Blues before the trade. He finished the regular season with 13 goals and 43 assists in 80 games.

Shattenkirk, who was ranked No. 1 on TSN Hockey’s Top UFA List, reportedly turned down a seven-year, $42 million contract which would have been part of a trade in January from the St. Louis Blues.

Shattenkirk is coming off a four-year, $17 million contract signed with the Blues in the 2013 offseason.