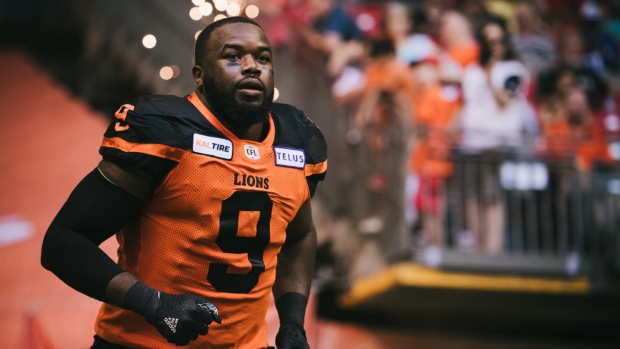 For the second straight season Shawn Lemon was traded from the Toronto Argonauts to the BC Lions, getting dealt for Davon Coleman and a conditional draft pick Saturday. The defensive end said he was caught by surprise this time around by the move.

“I was very surprised because just a few weeks ago I asked management if I was on the trading block or being shopped around? And the answer was ‘no’,” Lemon said. “And then to not receive a phone call from the head coach or general manager after playing in the organization for three or four years, helping win a Grey Cup, helping turn things around, I just felt like, out of respect, a professional organization, common courtesy would be a phone call or a message or something.

“Things happen for a reason. It’s a messed up situation but you just have to hit the ground rolling from there.”

Argonauts general manager Jim Popp responded and said the team did notify Lemon of the trade.

“The trade was agreed to late Sunday night and finalized Monday morning,” Popp said. “After that, Shawn was brought into my office and notified. He had also been spoken to for weeks about teams, especially BC, that had inquired about him.”

"That's not true," Chamblin said when told that Lemon said he had not been informed by Argonauts of the trade. "We released several players the day before and we had some trades, they've all gone through either my office or management’s office to be talked to about their release or trade.

“The players knew about the releases and the trades even before they came out. They were communicated to. ... There was communication between every last guy that left this building in the last week. They knew where we stood with them, whether they met with me or with Popp. They have been communicated with.”

Last year’s trade signaled a turning point in Lemon’s season. He had just one sack in five games for the Argos before finishing the season with 10 sacks in 13 games for the Lions. Lemon The 30-year-old said he hopes to be the missing piece for a Lions team that has struggled out of the gate this season.

“It’s good to be back,” Lemon said ahead of the Lions’ meeting with the Winnipeg Blue Bombers on Thursday. “I’m around guys that I trust, I’m comfortable with, I’ve had success with in my career.

“(I want to) just be that missing piece to get to the quarterback and disrupt the rhythm and timing of offences, and I think I fit the description for that job.”