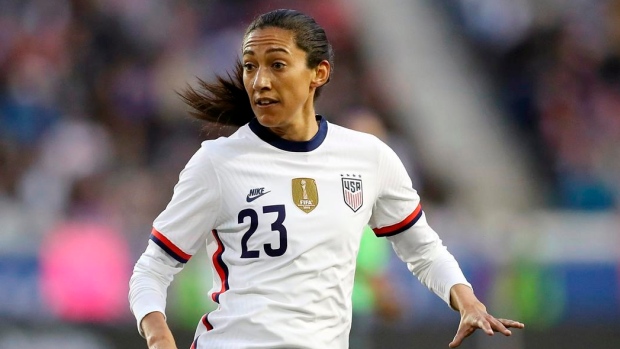 CHICAGO (AP) — The United States will play Iceland, New Zealand and the Czech Republic in the SheBelieves Cup tournament next month.

The seventh annual event will be played Feb. 17-23 at venues in Carson, California, and Frisco, Texas.

The defending World Cup champion U.S. is focused on qualifying for the 2023 World Cup. The CONCACAF W Championship will be held this summer and determine the region's fourth berths.

New Zealand has an automatic berth in the 2023 World Cup as a cohost with Australia.

After the U.S. finished with the bronze medal at the Tokyo Olympics last year, U.S. coach Vlatko Andonovski has focused on developing young players.

“These will be the first matches of what will be a really important year, and as focus on World Cup qualifying, the SheBelieves Cup will be extremely valuable for the continued development of the team,” Andonovski said in a statement.

The SheBelieves Cup is a round-robin tournament with the winner decided on points. The teams will play three double-headers, the first two at Dignity Health Sports Park in Carson, and the final matches at Toyota Stadium in Frisco.

Canada competed in the 2021 competition for the first time, finishing third with a 1-2-0 record in Bev Priestman's debut as coach.

The Canadian women are scheduled to play in the inaugural Arnold Clark Cup in February with host England, Germany and Spain.