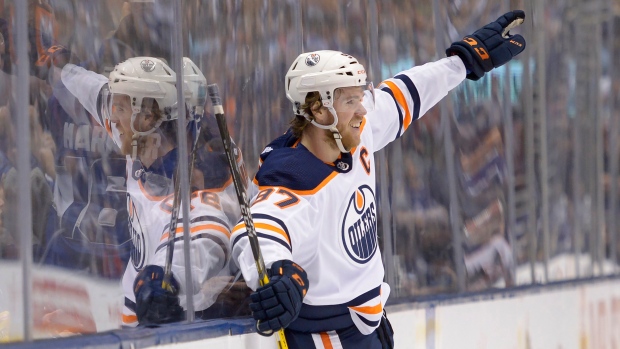 There is a moment, usually more than one, whenever you see Connor McDavid play live that if you listen closely, you can hear a few thousand stadium seats fold up in unison.

You could be eating a hot dog in the stands, typing a story in the press box, or fixing your stick on the bench – but you are called to attention.

You look up because you don’t want to miss it.

It usually starts in the Edmonton Oilers’ zone, and as he turns on the jets, you can hear the buzz grow louder.

McDavid might not create magic on every rush, but when he blurs up the ice at 42 kilometres an hour – as he was at clocked during one of his two incredible goals scored last week – there is no better ratio of jaws dropped per game in the NHL.

Only four players in hockey history have compiled more points before turning 23 than the 443 that McDavid collected through Saturday night’s Battle of Alberta: Wayne Gretzky, Dale Hawerchuk, Mario Lemieux and Sidney Crosby.

That’s it. Three Hall of Famers and Sid the Kid. 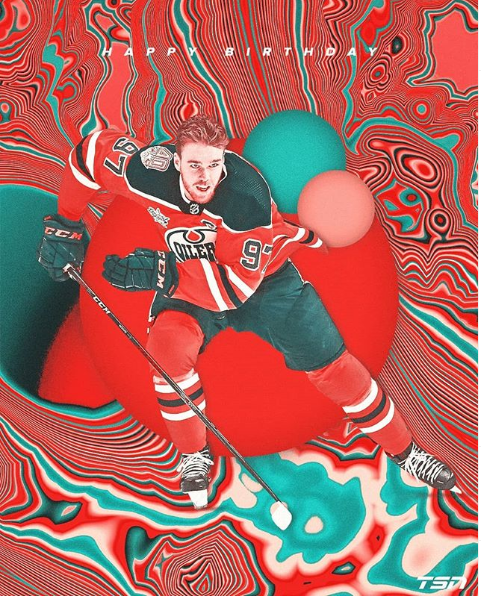 Birthdays and milestones are a natural reflection point, a chance to take a step back and take stock.

McDavid idolized Crosby growing up, so it’s only fair that his natural comparison now is Crosby, his only contemporary in that class of their own.

By virtually every statistical comparison, McDavid is right there with Crosby, one of the best ever to play the game.

The only thing separating them is the Stanley Cup that Crosby helped bring to the Steel City in 2009 in his fourth season; McDavid has played on some pretty dreadful teams in Edmonton.

Crosby had 1.36 points per game before turning 23, McDavid is right with him at 1.33 points per game. Both players will likely finish with four 100-point seasons in their first five, the outlier season due to injury. Crosby missed 41 with a high-ankle sprain and concussion, McDavid sat out 39 with a shoulder injury.

McDavid is the better even-strength scorer (0.93 PPG to Crosby’s 0.78 PPG) but Crosby is the more well-rounded defender.

What the stats won’t show is something that our eyes tell us: McDavid is the most highly evolved player the NHL has ever seen.

We have run out of superlatives to describe him. But we don’t necessarily need the words. Because to steal a thought from TSN 1260’s Allan Mitchell, perhaps the most impressive thing about McDavid is that even after 334 NHL games, he remains capable of shock and awe.

Watch each highlight goal on loop 20 times and you can find something new to appreciate, as Gretzky did sitting in Scotiabank Arena.

Or see and hear it for yourself, that unmistakable sound of the seats clanking.