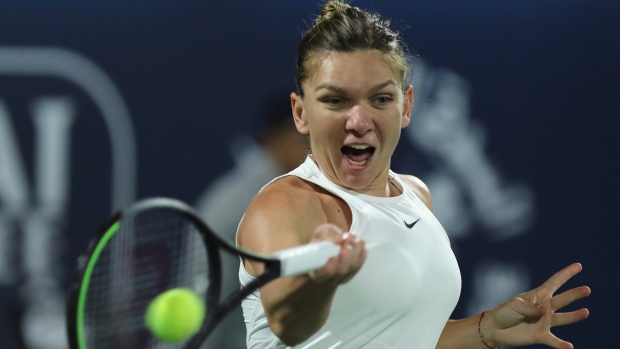 PRAGUE, Czech Republic — Top-seeded Simona Halep had to fight hard to advance to the second round of the Prague Open in beating unseeded Polana Hercog 6-1, 1-6, 7-6 (3) on Tuesday.

It was the first competitive match for Halep since she won the Dubai Championships in February for her 20th career WTA title. Before the Wimbledon champion recovered from a foot injury she sustained in Dubai, the coronavirus pandemic forced a five-month break.

The Romanian dropped her serve six times and double-faulted eight times before prevailing in a tiebreaker on her seventh match point.

“After the second set, I felt tired,” Halep said. “But I knew she was in the same position so I just had to stick to the plan and fight. The fighting helped me to win the match.”

She will face next Czech wild-card entry Barbora Krejcikova.

Second-seeded Petra Martic, who reached the semifinals in Palermo last week, overcame Varvara Gracheva 7-6 (2), 6-3 and will face Kristyna Pliskova in the second round.

However, four of the top-10 seeded players went out.

The Prague Open is the second European tournament in the WTA’s restart amid the coronavirus pandemic, with strict health protocols in place.