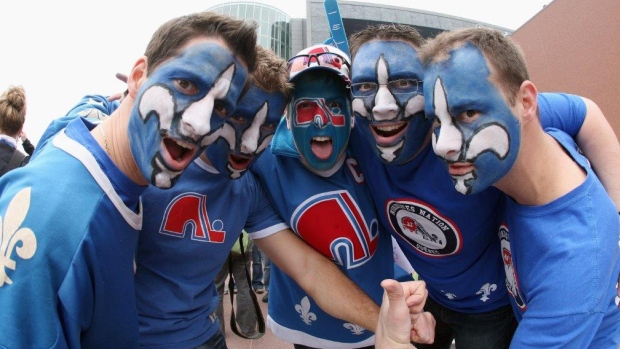 Even with the Canadian dollar sinking to 10-year lows, creating league-wide difficulties with an impact on revenues and ultimately the salary cap, the backers behind the bid to bring an NHL expansion franchise to Quebec City remain unfazed.

Riding the momentum from Monday’s sold out NHL preseason game at the brand new Videotron Centre, former prime minister Brian Mulroney made it clear that the dollar - now trading at 74.5 cents (U.S.) - will not deter the communication company’s bid.

“Well, it’s an important factor, but even with the exchange range, we can handle the team,” Mulroney said, after Tuesday helping make an hour-long presentation for Quebecor Inc. to the NHL’s executive committee.

The sinking dollar was one reason the Nordiques moved to Colorado to become the Avalanche in 1995.

Mulroney has become the face of Quebec City’s charge, with Tuesday’s appearance marking his first public acknowledgement of involvement in the deal. Mulroney, 76, is the chairman of Quebecor Inc.

Mulroney said he’s been involved for “many years” in trying to bring the NHL back to Quebec City, assisting CEO Pierre Dion. 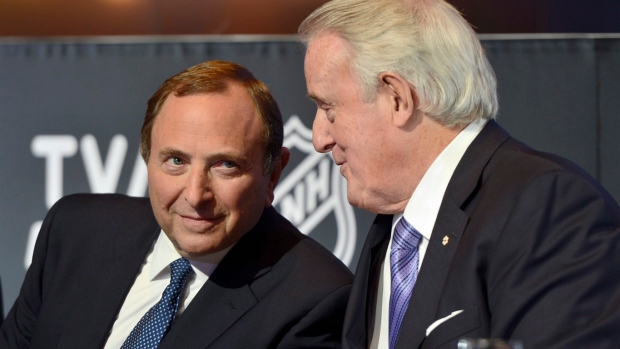 Once Quebec City’s presentation concluded, the “Vegas Wants Hockey” group, backed by billionaire businessman Bill Foley, took the floor for their own audience with the league’s decision makers.

Foley termed the vibe in the NHL’s 15th floor board room as “pretty animated.”

“We got asked a lot of really good questions,” Foley said. “We had answers for all the questions. It was a complete presentation. We talked about our commitment to Las Vegas in terms of the fact that I’m a resident there and living there, arena background, economics of the team, ticket drive, (the) 13,500 ticket (deposits received). So, we feel it went well. It was interesting.”

“Pierre showed them a copy of last night’s game,” Mulroney said. “He put it on for them and they were very impressed with the videos we put forward, including last night’s game. They saw the excitement and the beauty of the (arena).”

The executive committee then reported on the presentations to the full, 30-team Board of Governors meeting later Tuesday afternoon at the Westin Times Square hotel. NHL commissioner Gary Bettman will provide an update to media on the expansion process following the conclusion of the meeting.

No vote on whether to extend any invitation or halt the expansion investigation process is expected on Tuesday. A vote is possible at the next Board of Governors meeting in Pebble Beach, Calif., on Dec. 7-8.

“Wait,” Foley responded, when asked about the next step. “Watchful waiting.”

In Las Vegas, the first event at the new, 17,500-seat arena will be held on April 22, 2016, in a little over seven months. The concrete slab floor, which will hold the prospective ice, has already been poured. Foley said the lease for the arena has already been negotiated, which gives his group ownership rights and partial “input and control,” with Los Angeles Kings parent company, AEG, and MGM Resorts International also holding a stake.

Quebecor reiterated their “respect” for the league’s formal process, remaining rather tight-lipped on the three-step undertaking that began in early August. Both bids were required to wire a $10 million (U.S.) expansion application fee, with $2 million of that being non-refundable.

The NHL has made no commitments to expand and Bettman has repeatedly endeavored to temper expectations.

“This is their decision,” Mulroney said. “The governors will make their own decision. It’s their process. We’re just following the process and we’ll be advised at the appropriate time.”