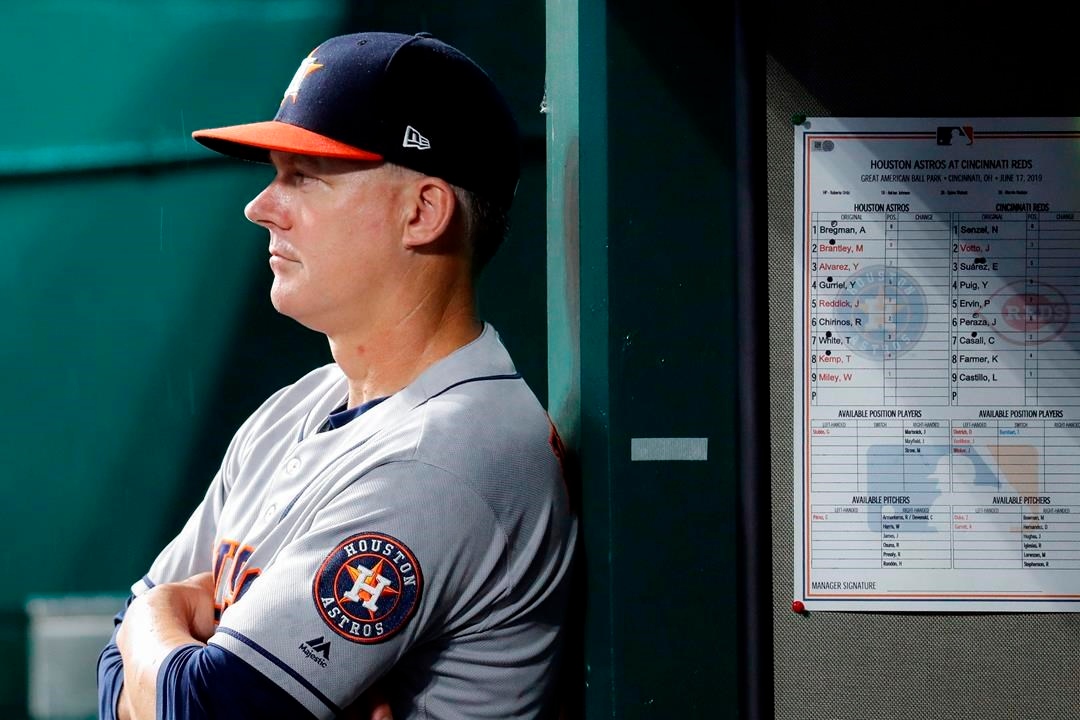 How do you wear your baseball cap? 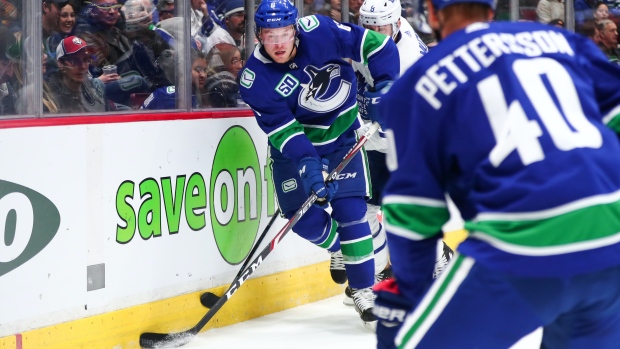 1) As in a number of their losses in November, the Vancouver Canucks didn't play poorly on Tuesday night. They just didn't capitalize on their many quality scoring chances. As a result, the Toronto Maple Leafs rode a stellar goaltending performance from Frederik Andersen to a 4-1 victory at Rogers Arena. Brock Boeser had eight shots on 10 attempts -- including a pair of third period breakaways -- and had nothing to show for his night. Bo Horvat was also in all alone against Andersen and he, too, was foiled. The night boiled down to the Canucks stars lamenting their missed opportunities while the Leafs top players dotted the scoresheet. John Tavares scored twice while Auston Matthews opened the scoring with his 19th of the season and Mitch Marner added a pair of assists.

2) While possession is a good thing and the Canucks top two lines handily won the shot share battle, hockey is a bottom line business and the Canucks managed just a single goal despite outshooting the Leafs 39-26. Most nights, Brock Boeser will like his chances to score with eight shots on net. But right now, Boeser is in a bit of a rut with just one goal in his last eight games. He scored on a doorstep tap in converting a perfect goal-mouth set up by Quinn Hughes against Edmonton on December 1st. So it's been a while since Boeser has pulled the trigger and scored the kind of goal the hockey world is used to seeing him score. The scoring woes run much deeper for Bo Horvat who has now gone eight games without a goal and has just two goals in his past 19 games (he scored in back to back games in Dallas and Nashville to open the team's recent six-game road trip). Those are two of the Canucks biggest offensive weapons and they need those two to regain their scoring touch.

3) It won't be a popular opinion in Vancouver, but Elias Pettersson isn't playing his best hockey these days. It's not for a lack of trying and it won't last forever. In his year and a half in the NHL, he's shown he's a supremely talented hockey player. And if this is Pettersson struggling, then he's still helping his line drive play and create chances. But in terms of outright production, Pettersson has 1+1=2 in his past five games and 2+2=4 in his last seven. When you think of recent Canucks losses, Nathan MacKinnon (2+1), Evgeni Malkin (2+3), Leon Draisaitl (2G) and Connor McDavid (2A) and on Tuesday night John Tavares (2G), other teams top players have outproduced the Canucks top scorer. The pendulum will swing back in Pettersson's favour at some point, but right now it just feels like his creativity and his play making haven't been as prominent as at other points in his young career. That said, he also rifled a wrist shot off the cross bar from the slot with six minutes to go in a 2-1 hockey game. If that puck goes in, Pettersson may well have been the hero on the night. Hockey can be a fickle game and Pettersson is finding that out the hard way right now.

4) Special teams didn't play a role in the outcome of Tuesday's game. But that, in itself, is a story. The Canucks power play has been such a weapon this season and swung games in the team's favour that when the Canucks don't cash in with the man-advantage it's noteworthy. Both Vancouver and Toronto went 0 for 2 on the night so the power plays were a push. But it's worth noting that Tuesday was the fourth straight game the Canucks have been held to just two power play opportunities. And only once in the team's last six games have the Canucks had more than two chances -- they had three in Edmonton on November 30th. Tally them all up and the Canucks have had 13 cracks with the man-advantage over their last six games. It would appear teams are wising up in the discipline department when they see Vancouver on the schedule. The Canucks still lead the league in overall opportunities with 116 on the season, but the gap has narrowed recently. And after failing to score with on the power play Tuesday, the Canucks are now tied with Edmonton for the most PPG in the league with 31 apiece.

5) Tuesday's loss felt like a missed opportunity for the Canucks. They were 2-1 on their homestand coming into the game and had been off since Saturday afternoon. A win over the Leafs would have set the stage for the potential of a four-win homestand after spending so much of November on the road. Instead, despite a decent performance against the Leafs, the Canucks are now 2-2 through four games on this run at Rogers Arena and suddenly the stakes are high for Thursday's visit from Carolina. With Calgary stringing six straight wins together and Vegas posting a win over Chicago on Tuesday, the Canucks are now three points below the playoff bar in the Western Conference wild card race. Sure, they have games in hand, but they have to make those count. And as much as the Canucks want to look at the teams within arm's reach above them in the standings, they can't ignore the growing list of teams creeping up on them from behind. The loss to the Leafs means the Canucks still haven't won more than two in a row since the middle of October. It's going to be nearly impossible to stay with the playoff pack without a run of good results. Suddenly, the schedule shows its teeth again with three games in four nights starting with Carolina and then back to back road games against divisional foes in San Jose and Las Vegas. The Canucks 6-3 start out of the gate was solid, however the team is 9-9-4 in the 22 games since then.

6) Who knows what to make of the disappearance of Micheal Ferland early in the second period on Tuesday. The Canucks would only say he left the game with an upper body injury and would not return. Following the game, Travis Green had no update nor any appetite to discuss the situation. Ferland returned on Saturday and played a team-low 8:50 after missing 17 games with a concussion. On Tuesday, he logged 4:12 and played just one shift in the second before his night was done -- he he headed down the tunnel to the locker room followed closely by the team's medical staff. Ferland was given credit for three hits in the hockey game including a thunderous roll over Alex Kerfoot deep in Toronto territory in the opening moments of the game. It's possible the injury occured on that play, but that is merely speculation. Whatever the injury -- old or new -- it simply adds to the storyline that Ferland is incapable of staying healthy and helping the hockey club. He has appeared in just 14 of the team's 31 games so far and has scored exactly one goal. For his sake, I hope it's not another head injury and that this absence won't be a long one. But given his dubious track record, it's hard to give him the benefit of the doubt.