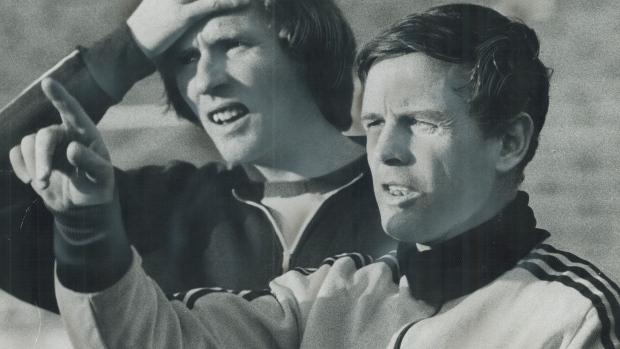 Former TSN soccer analyst and Scottish international player Graham Leggat has passed away at the age of 81.  Leggat played with Aberdeen, Fulham and Birmingham City as well as for his national team before moving to Canada to manage Toronto Metros and moving into media work.

In a statement, TSN President Stewart Johnston described Leggat as an icon.

With his distinct voice and Scottish charm, Graham set the standard for soccer broadcasting in Canada, helping to raise a new generation of Canadian soccer fans.  A true gentleman, Graham’s passion, integrity and dedication has always been an inspiration to all of us at TSN.

We extend our heartfelt condolences to Graham’s family and friends. Graham’s lasting legacy to soccer in Canada will always be remembered."

His former club, Fulham, also released a statement calling Leggat, "An extremely quick player, (who) was revered by the Fulham fans for the bravery in his game, as well as the many goals he contributed."

While a spokesperson for Aberdeen praised Leggat for everything he did as a member of the club.

"The term 'legend' is overused these days but in Graham's case it was entirely appropriate," said Aberdeen in a statement. "He was a wonderful servant for both club and country and out thoughts are with his family at this extremely sad time."

Leggat scored eight goals in 18 games internationally and appeared in the 1958 World Cup.

He also held the record for fastest hat-trick in English top flight football history when he scored three times in three minutes against Ipswich while with Fulham.  That record was broken during the 2014-15 season.