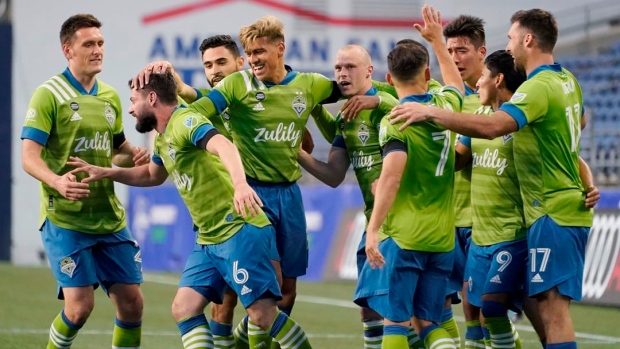 SEATTLE (AP) — Raúl Ruidíaz scored on a penalty kick in the 88th minute and the Seattle Sounders ran their franchise-record, season-opening unbeaten streak to 10 with a 2-1 victory over Real Salt Lake on Wednesday night.

Anderson Julio’s handball in the penalty area set up Ruidíaz’s penalty kick for the Sounders (7-0-3) in their second consecutive victory. The Galaxy set the MLS record in 1996 with a 12-0 start.

Albert Rusnák tied it for Real Salt Lake (3-2-2) tied it in the 79th, converting a penalty kick following a handball by the Sounders’ Stefan Cleveland.

Cristian Roldan opened the scoring for Seattle in the 58th minute. He scored off a rebound on a save by goalkeeper David Ochoa following an attempt by Will Bruin.