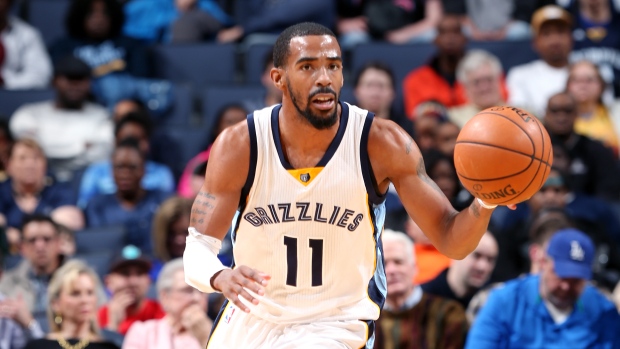 A person with direct knowledge of the negotiations tells The Associated Press that Mike Conley is staying with the Memphis Grizzlies after agreeing to a five-year, $153 million deal.

The person spoke on condition of anonymity Friday because the deal cannot be finalized until at least July 7, when the NBA's off-season moratorium on player movement ends. The person said the agreement is in principle and the two sides were hammering out the final details.

Keeping Conley was Memphis' clear top priority, evidenced by the lengths that the team went to — not just financially, but in terms of effort. The Grizzlies released an elaborate video with teammates like Marc Gasol and Zach Randolph boasting of Conley's meaning to the team, parts of that video even including an orchestra to play off the point guard being Memphis' maestro.