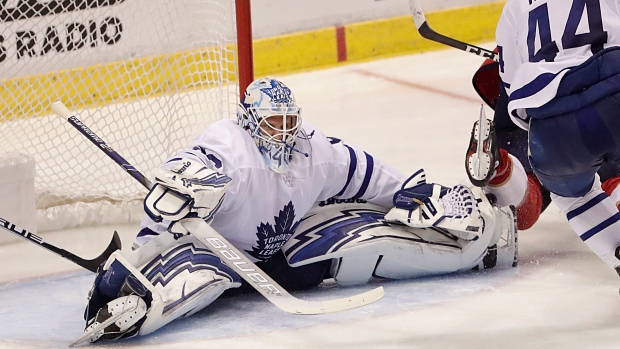 Garret Sparks will get the nod in net Wednesday for the first time since calling out his team for a lack of emotion on Saturday night.

Sparks will start in the second half of a back-to-back set for the Toronto Maple Leafs against the Buffalo Sabres after the team was shut out 3-0 by the Nashville Predators on Tuesday.

"If you’re the goalie and you play well and the team doesn’t win and you own it, you can fix that," Leafs head coach Mike Babcock said Wednesday morning. "We’re going to play hard for Sparky and he’s going to play well."

Sparks allowed six goals on 44 shots in Saturday's 6-2 loss to the Senators, dropping his record for the season to 7-7-1.

The Maple Leafs have lost four of their past five games, while also allowing five or more goals to opponents in four of those five. Toronto remains third in the Atlantic Division with an eight-point lead on the Montreal Canadiens.