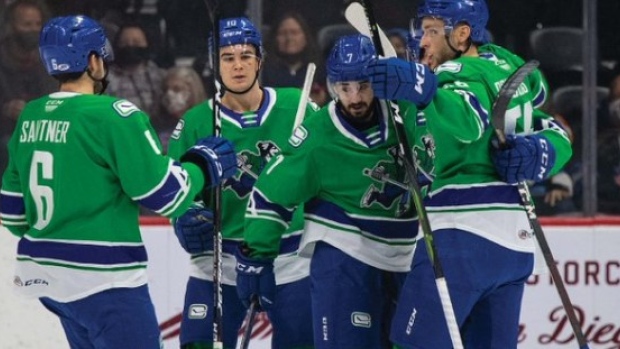 Sheldon Rempal scored twice, including the eventual winner, for Abbotsford (9-8-3), the AHL affiliate of the Vancouver Canucks.

Sheldon Dries and Danila Klimovich had the other goals for Abbotsford.

The Canucks went 1 for 2 on the power play and the Gulls couldn't score on their three man advantages.

This report by The Canadian Press was first published Dec. 16, 2021.