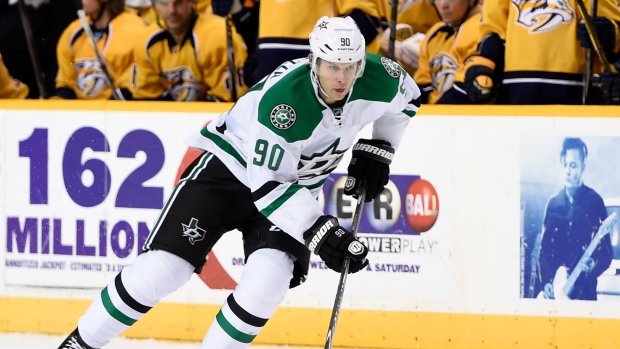 Jason Spezza just about saw it all in his 11 seasons in Ottawa.

Now the Dallas Stars centre will see the Senators as an opponent Tuesday night for the first time since being dealt last summer.

Viewers in the Ottawa region can watch all the action LIVE on TSN5 with coverage beginning at 8pm et/9pm at, while radio coverage is available on TSN 1200 in Ottawa starting at 6:30pm et.

The Senators selected Spezza with the second overall pick in 2001 as part of a draft-day deal with the New York Islanders. Spezza, along with the recently retired Daniel Alfredsson, was an integral part of Ottawa's run to its only Stanley Cup finals appearance in 2007 - totaling 22 points in 20 postseason games - but the duo never guided the team back to such heights.

Spezza - who was named captain for 2013-14 after Alfredsson departed via free agency - expressed his desire to leave Canada's capital last offseason after missing the playoffs, and general manager Bryan Murray acquiesced by trading him to Dallas in July as part of a five-player deal.

Spezza trails only Alfredsson in goals (251), assists (436) and points (687) in Senators history. To a degree, he was also second to Alfredsson in the hearts of the Ottawa fans despite four 30-goal seasons and three 90-point campaigns.

"There's no real explanation other than when you're in a place for so long and you don't win and you don't have success, sometimes it's best to part ways and try a different way," he said.

In November, Spezza signed a four-year extension worth a reported $30 million. He is second on the Stars (18-16-7) with 22 assists and third with 29 points while centering their second line.

He has a goal and two assists in his last three games, but it has helped the Stars little as they look to end a four-game losing streak (0-2-2). Dallas blew a two-goal lead after the first period Saturday, losing 4-3 at Colorado as Spezza and leading scorer Tyler Seguin were thwarted over the final 20 minutes.

Spezza may be pushed to the top line since Seguin (illness) and Jamie Benn (unspecified injury) are questionable. The Stars will also look to jump-start a power play that has gone 0 for 14 over the last three games.

The Senators (17-16-8) are 1-1-1 entering the final leg of a four-game trip after perhaps their most complete road victory, 5-1 over Arizona on Saturday two nights after losing 5-2 to Colorado. Five players scored and Ottawa ended an eight-game drought without a power-play goal by converting twice in five opportunities.

"We have games like we had last night, obviously, you want to keep going and continue doing all the good things that make us successful," defenseman Chris Phillips said. "It's not letting yourself mentally get caught up in that roller coaster, it's being level-headed and being focused and do the good things."

Alex Chiasson, the only NHL-ready player the Senators received in the Spezza trade, could use a spark in his return to Dallas. He's gone 11 games without a point but did play Saturday on the first line with Clarke MacArthur and Kyle Turris.

Dallas has won five straight in this series.