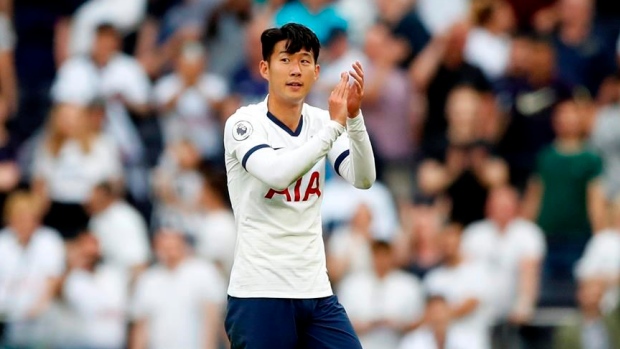 Pochettino got the group together this week to galvanize them following the closure of the European transfer window, and it did the trick as Spurs equaled their biggest win at their new stadium.

All the damage was done in the first half thanks to Son Heung-min's double, a Patrick van Aanholt own goal, and Erik Lamela's fourth.

Palace had conceded only two goals before this game, but had an afternoon to forget as it was unable to replicate its impressive win at Manchester United.

It would have been optimistic of getting something as Spurs laboured in their opening two home games, where both followed the same pattern of conceding an early goal and then struggling to break down the opposition.

But they were in no mood to allow that to happen for a third time, and produced one of their best 45-minute performances in recent times.

Returning defender Serge Aurier, making his first start of the season having admitted he wanted to leave the club in the off-season, created the second and third goals, an own goal and Son's second.

Near halftime, Son found Harry Kane on the right edge of the penalty area and the England captain whipped in a cross which begged to be converted, and Lamela answered.