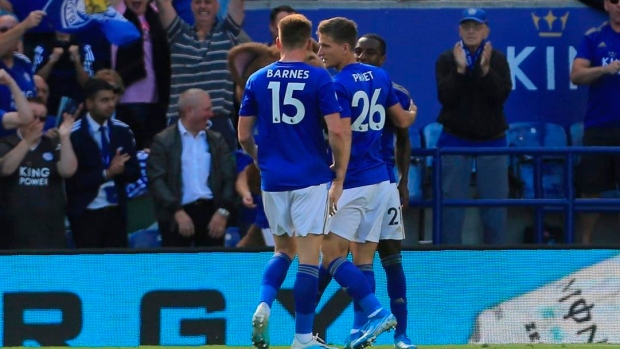 LEICESTER, England — Tottenham conceded two goals after having one of its own ruled out by VAR for the most marginal offside to lose 2-1 at Leicester in the Premier League on Saturday.

Spurs were already leading through a first-half strike by Harry Kane when Serge Aurier drove a deflected shot into the bottom corner, seemingly giving the visitors a 2-0 cushion.

However, after a lengthy stoppage as the video assistant referee took a forensic look at whether Son Heung-min was offside by millimeters in the buildup, the goal was ruled out.

In Leicester's next attack, Jamie Vardy cut the ball back for Ricardo Pereira to side foot home a deflected finish to make it 1-1 in the 69th minute.

James Maddison completed Leicester's comeback at King Power stadium by scoring from outside the area in the 85th.

Leicester, widely tipped as a potential outsider to break into the top four this season, moved to 11 points from six games and is already in the Champions League positions.

Tottenham is now winless in its last nine away games in the league.