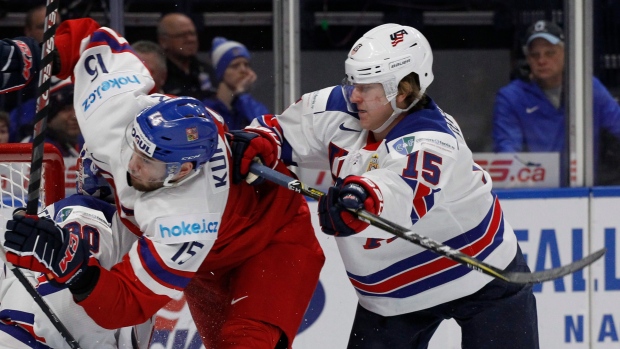 The St. Louis Blues and defenceman Scott Perunovich have agreed to terms on a two-year, entry-level contract.

Perunovich, 21, recently finished his junior season at the University of Minnesota-Duluth. In 2019-20, Perunovich led the Bulldogs with 40 points (six goals, 34 assists) in 34 regular-season games. He also earned the NCHC Scoring Champion Award and was named a finalist for the Hobey Baker Award.

During his rookie season, he posted 36 points (11 goals, 25 assists) and earned the NCAA's Tim Taylor Award (top collegiate rookie) while leading the Bulldogs to the 2018 NCAA Championship. He helped the Bulldogs repeat as NCAA champions during his sophomore year.

In 115 regular-season games with the Bulldogs, he tallied 105 points (20 goals, 85 assists) and a plus-50 rating. He was a two-time NCAA (West) All-American and earned NCHC First Team All-Star honors in each of his three seasons.

Perunovich was originally drafted by the Blues in the second round (No. 45 overall) at the 2018 NHL Draft.