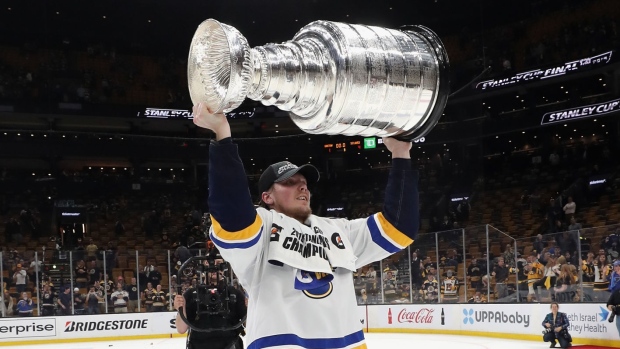 The St. Louis Blues and forward Oskar Sundqvist have avoided arbitration by agreeing to a four-year contract.

The deal, which was announced by the team on Sunday, carries an average annual value of $2.75 million.

In the postseason, the 25-year-old recorded four goals and five assists in 25 games.

A native of Boden, Sweden, Sundqvist became a restricted free agent on July 1.