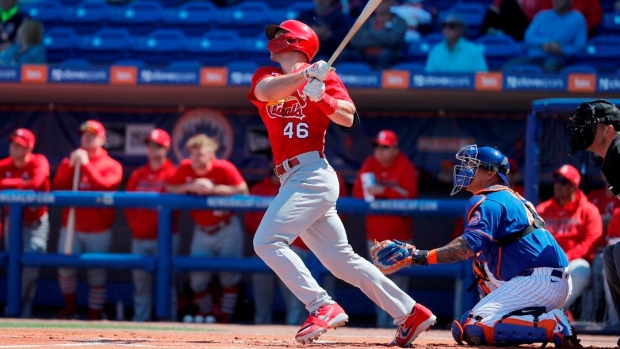 JUPITER, Fla. — St. Louis first baseman Paul Goldschmidt will be out for several more games because of a sore right elbow.

Goldschmidt's throwing was limited by the Cardinals during the start of spring training, and he made his first two exhibition starts as a designated hitter. He has not played since Sunday.

“He's had off and on discomfort,” Shildt said.

Goldschmidt hit .260 with 34 homers and 97 RBIs last year for the NL Central champions after the Cardinals acquired him in an off-season trade with Arizona. His batting average was more than 30 points below his career average.

Right-hander Miles Mikolas was scheduled to play catch on Wednesday as part of his rehabilitation from a flexor tendon injury in his throwing arm. The 2018 All-Star received a platelet-rich plasma injection on Feb. 18 and is expected to miss the first month of the season.