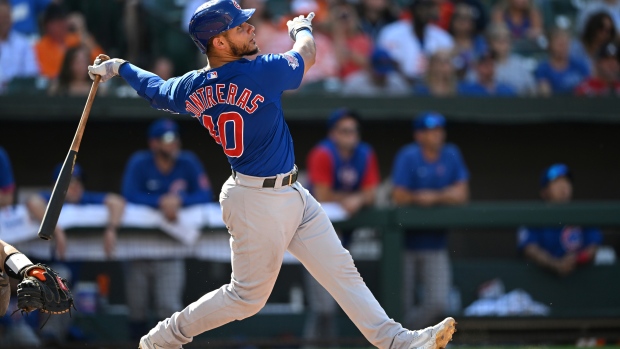 Catcher Willson Contreras and the St. Louis Cardinals are in agreement on a five-year, $87.5 million contract, a source familiar with the deal tells ESPN.

The Athletic's Ken Rosenthal first reported an agreement was close

A three-time All-Star, the 30-year-old Contreras has played the entirety of his seven-year deal with the Chicago Cubs.

With Molina having retired after 19 years at season's end, the Cards were in the market for a new backstop. The team was believed to have been interested in one of the Toronto Blue Jays' surplus of catching talent in Danny Jansen, Alejandro Kirk and rookie Gabriel Moreno.