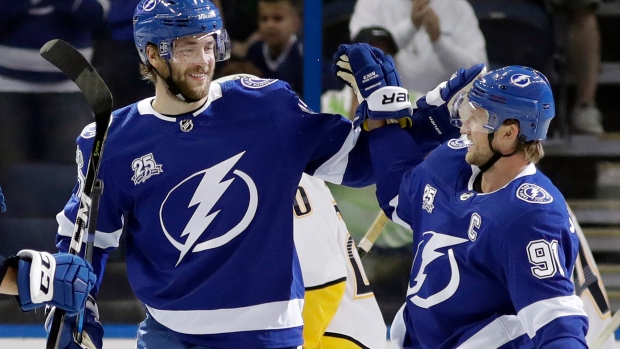 Steven Stamkos had two assists in his first game action in over 10 months as the Tampa Bay Lightning beat the Nashville Predators 3-1 on Friday night.

Stamkos last played on Nov. 11, 2016 when he was hurt against the Detroit Red Wings. He needed knee surgery and missed the rest of the season.