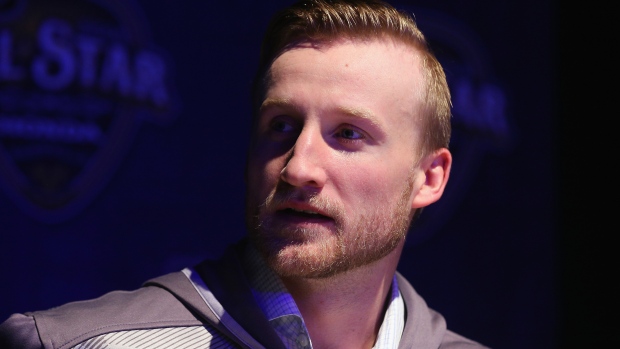 NASHVILLE - It was on this very stage a year ago when Steven Stamkos seemingly closed the door on testing the free-agent market.

Speaking to a big media throng at All-Star weekend in Columbus on Jan. 23, 2015, Stamkos made it clear he thought he'd sign a contract extension that summer - one year before his current deal expired.

"Yeah, I think that's exactly what the plan is," Stamkos said that day. "Obviously July 1 you can announce a deal and something hopefully similar to what [Patrick] Kane and [Jonathan] Toews did, sometime after July 1. It's a long ways away. I'm not really focused on that. We haven't really talked about that at all. We'll discuss that in the summertime, but I'm obviously very happy with where I am in Tampa. You see the team we've been able to develop the past couple of years, the ownership we have, obviously [general manager] Steve Yzerman, the coaching staff, the young nucleus of the team. I feel like the old fart at 24, all these guys coming in here, but they've played extremely well and I want to be part of it, to say I was there from the beginning to see the end result."

One year later, still without said extension, Stamkos doesn't regret one bit of what he said. It's what he felt.

"At that time, that's what you envisioned," Stamkos said in an interview with ESPN.com Friday. "You use them [Kane and Toews] as an example for sure, how they got something done a year out. For sure you want that. It doesn't always play out the way you want to do things in life. Obviously I didn't envision being in this position if you would have asked me back then. But it's a process and it's something as a player that it's the first time I've ever gone through something like this.

Stamkos wasn't alone a year ago in thinking a deal would hopefully get done in the summer. That was the thought process of Yzerman, too.

But here we are.

"As I've said all along, it's our hope and intention to reach agreement on a new contract with Steven and will continue to work towards that," Yzerman said Friday via text message.

Until then, the guessing game will continue. Will Stamkos re-sign? Does he want to sign with his hometown Toronto Maple Leafs? Or elsewhere?

Corey Perry lived it three years ago in his UFA year. He didn't sign his extension with Anaheim until March 18 that season, keeping everyone guessing for quite a while. Including himself.

And maybe that's the moment we're waiting for here, for Stamkos to call up his agent Don Meehan at Newport Sports and say: "Let's end this."

Perhaps, however, just like Perry went back and forth in his mind that season about whether to hit free agency or not, Stamkos hasn't quite settled on an answer yet, either.

Or maybe it's as simple as waiting for Tampa Bay's offer to have a 10 in front of it when it comes to the yearly salary.

Whatever the case, Perry said it's not easy while it's all happening.

Well, as far as being traded goes, Stamkos very much has a say in that. He's got a 100 percent, iron-clad no-movement clause. Asked about the Feb. 29 trade deadline, Stamkos on Friday made it pretty clear he intends to finish the season with the Lightning.