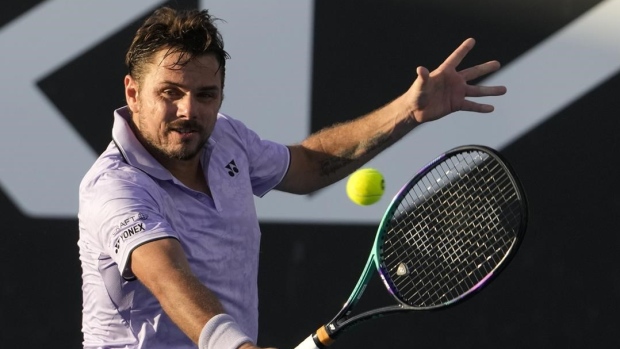 BERN, Switzerland (AP) — Three-time Grand Slam champion Stan Wawrinka is back in the Switzerland team for the Davis Cup next week, returning after a seven-year gap from a competition he won playing with Roger Federer in 2014.

The 37-year-old Wawrinka has been selected to face Germany in a qualifying round series, the Swiss tennis federation said Monday.

He teamed with Federer to help Switzerland win its only Davis Cup title in 2014, then one year later appeared in a playoff series against the Netherlands.

Wawrinka is now ranked No. 139 after several seasons affected by injuries. At the Australian Open, he lost in five sets in the first round against Alex Molčan of Slovakia.

Wawrinka won the last of his Grand Slam titles at the 2016 U.S. Open. The 16th and most recent of his tour titles was a clay-court event in 2017 in Geneva.

Germany will host Switzerland on indoor hard courts from Feb. 3-4. The winner will advance to the 16-nation Davis Cup finals tournament in November in Malaga, Spain.