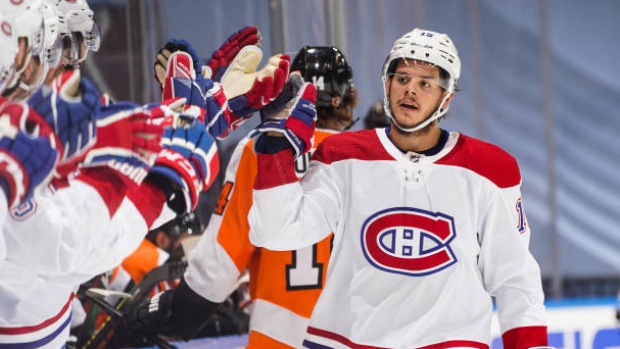 So far, so good for the Montreal Canadiens.

The Habs lead the Vegas Golden Knights 1-0 at the end of the first period in Game 5 of their Stanley Cup Playoff semifinal matchup on a goal by Jesperi Kotkaniemi.

After Montreal's Josh Anderson was denied off the rush, Kotkaniemi pounced on the loose puck and made no mistake to open the scoring in Game 5 and record his fifth goal of the playoffs.

The Habs finished with six shots in the opening frame and so did the Golden Knights.

Despite sitting Game 4 in favour of Robin Lehner, the Knights turned back to Marc-Andre Fleury between the pipes for Game 5. Forward Chandler Stephenson also made his return after missing Games 2 through 4 because of an upper-body injury.

Game 6 will go Thursday night from the Bell Centre in Montreal. If necessary, the two teams will square off in Game 7 back in Vegas on Saturday.