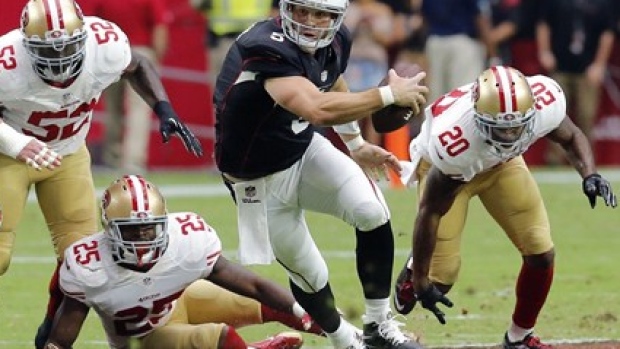 TEMPE, Ariz. - To no one's surprise, Drew Stanton will get his third straight start at quarterback for Arizona when the Cardinals play at Denver on Sunday.

Coach Bruce Arians made the announcement on Friday.

Carson Palmer, out since the season opener with a "dead" nerve in his throwing shoulder, wasn't at practice. Arians said Palmer was out receiving an unspecified "special treatment."

Palmer threw some last week but his condition regressed. He only did conditioning and footwork drills at practice this week.

The Cardinals are 3-0 going into Sunday's game, with Stanton directing the last two victories — at the New York Giants and at home against the San Francisco 49ers.