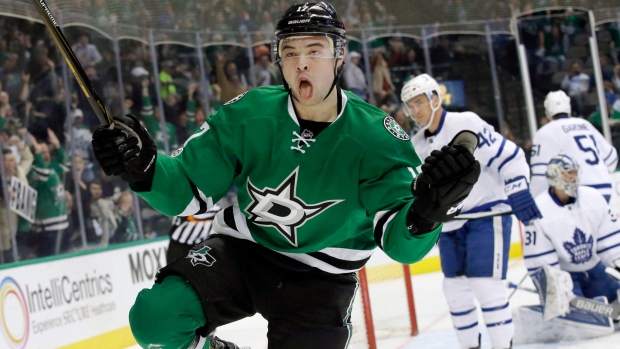 Shore was a restricted free agent before the deal was completed Friday.

While playing all 82 games last season, the 23-year-old centre had 11 goals and 21 assists. It was the second year in a row that Shore skated in every game during the regular season.

Shore was the 61st overall pick when the Stars took him in the second round of the 2012 NHL draft.

The Stars also signed left wing Adam Mascherin, their fourth-round pick in last month's draft, to a three-year, entry-level contract. Mascherin had 296 points (122 goals and 174 assists) in 259 games in the Ontario Hockey League the past four seasons.