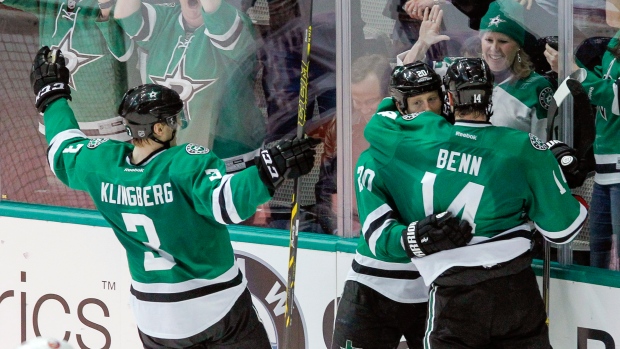 The Dallas Stars have taken over top spot in the TSN.ca NHL Power Rankings, pulling ahead of the Carey Price-less Montreal Canadiens and Washington Capitals.

Complementing the Stars' high-octane offence with solid goaltending, thanks to newcomer Antti Niemi, has made the Stars even better than expected (and this comes from someone who ranked the Stars fifth in the preseason).

Some teams that started slowly have started climbing the ladder again. The Pittsburgh Penguins are up, from 20 to nine, Boston Bruins from 22 to 12, and Vancouver Canucks from 21 to 13.

Falling this week, Tampa Bay Lightning slide from nine to 14, the San Jose Sharks fall from 10 to 17 and the Detroit Red Wings drop from 14 to 19.

Among other Canadian teams, the Winnipeg Jets drop three spot, to 10, the Ottawa Senators fall one place, to 20, and the Edmonton Oilers lose a couple of spots, down to 25.

The Calgary Flames are still seeking an answer in goal and sit at 28 while they look, and the one-win Toronto Maple Leafs hang at 29.

Good news for the Maple Leafs -- they get to host the Stars Monday night! 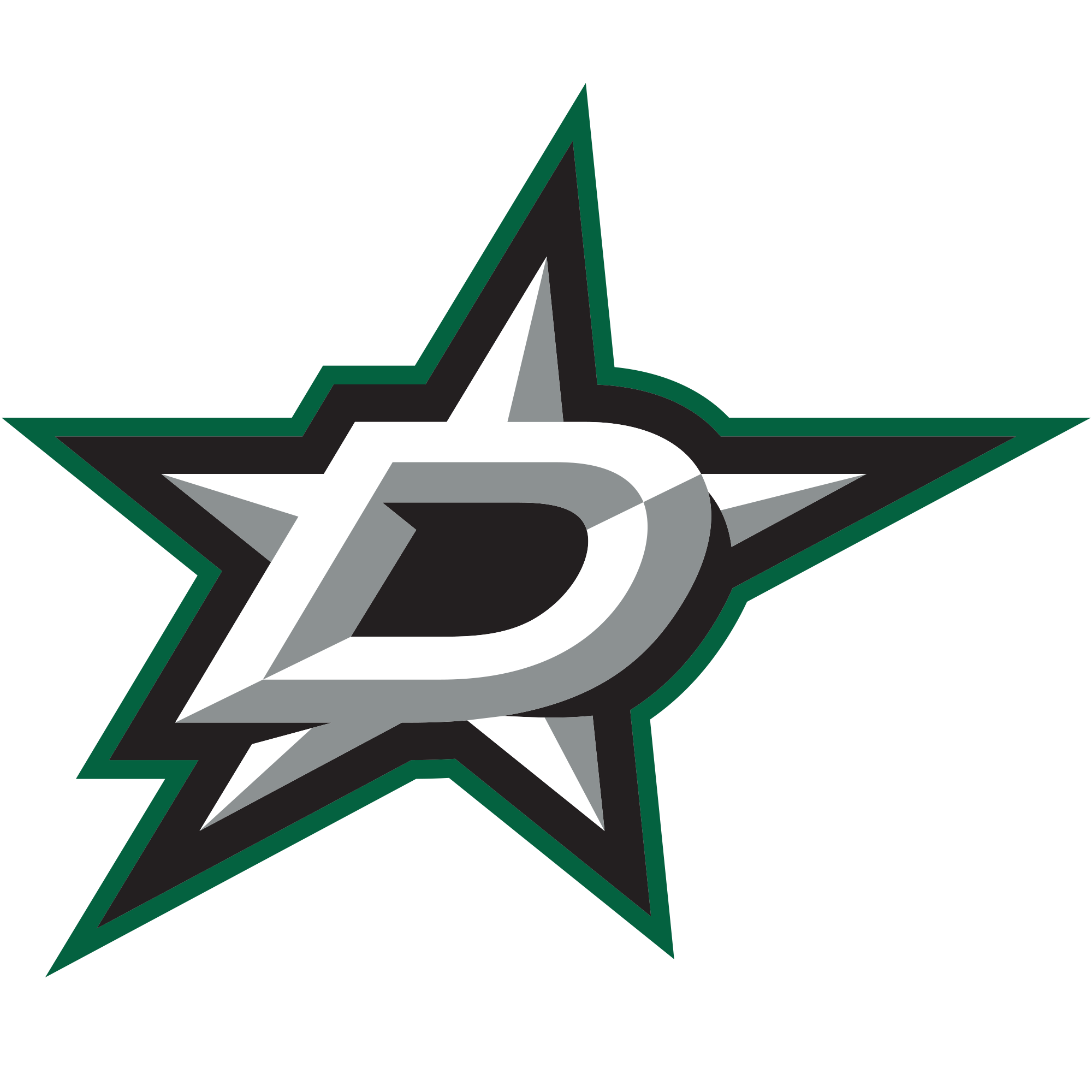 Amazing what good goaltending can do for a team that can turn up the heat offensively. Antti Niemi's league-average .915 save percentage does the trick when the Stars are th third-highest scoring team in the league. 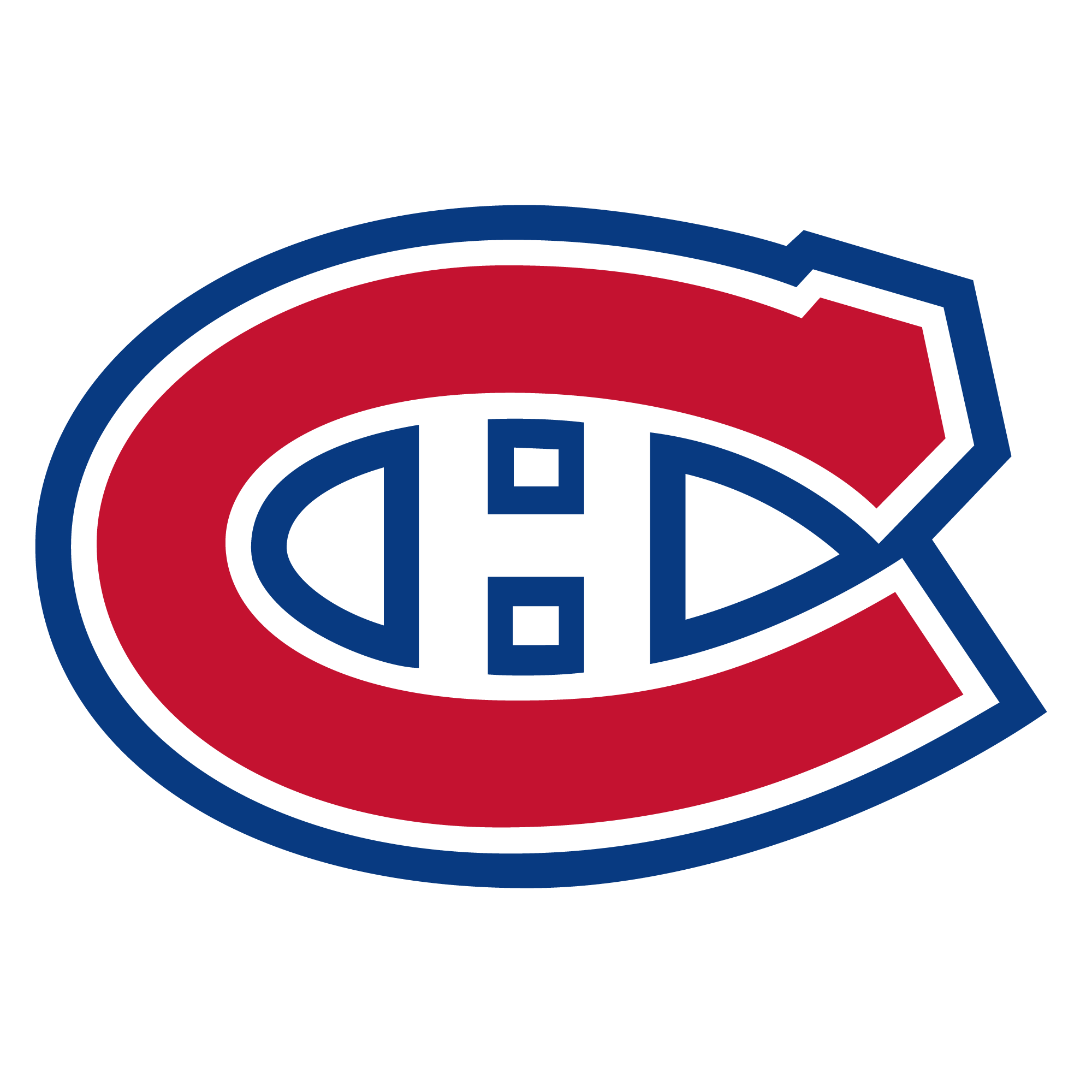 Yes, the Canadiens have been dramatically better as a team this year, so they don't rely so heavily on G Carey Price, and backup Mike Condon has been great (.944 SV%) in four starts, but let's not pretend that four starts make him the equivalent of the best goaltender in the world. For that reason, the Habs slip from top spot while Price is out. 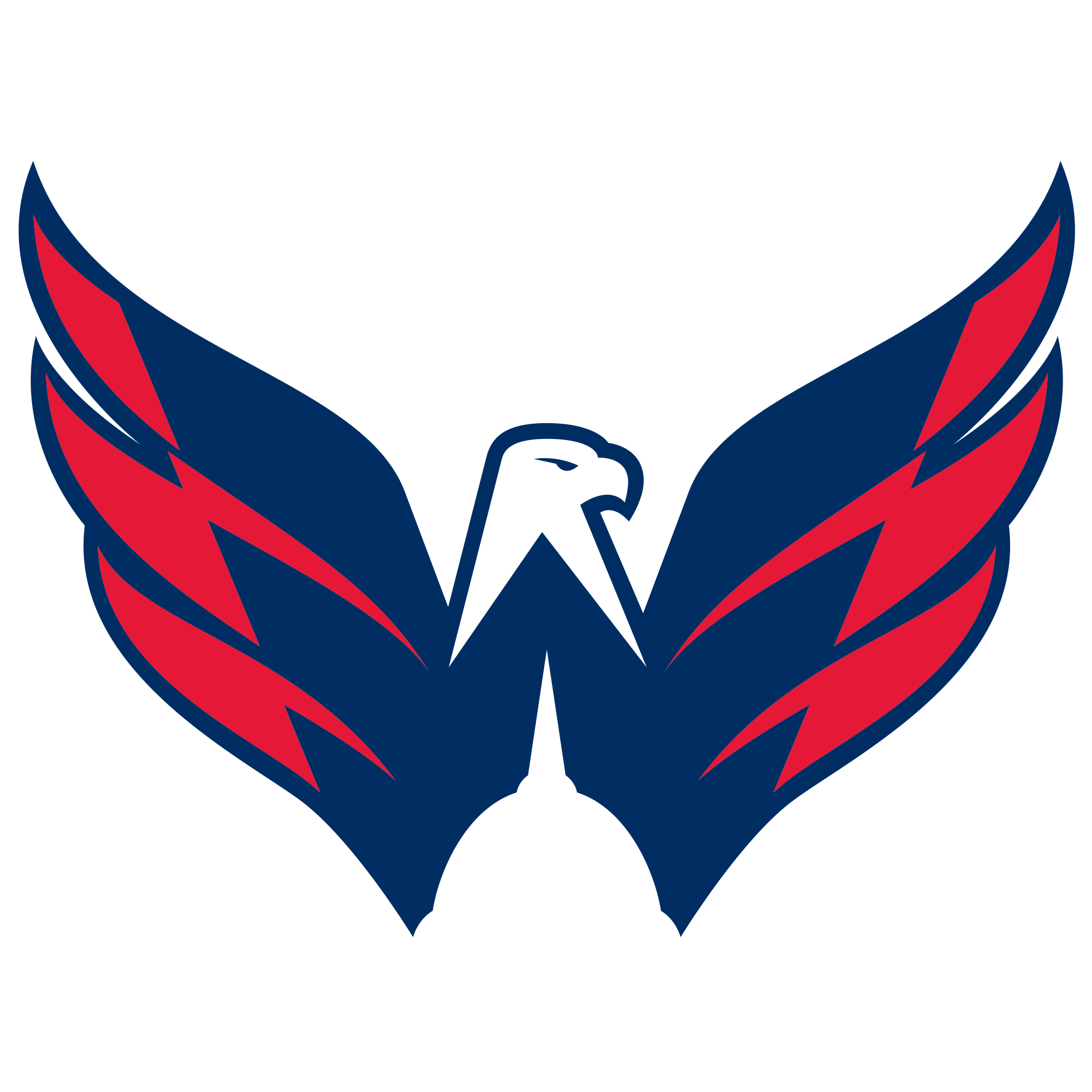 Look who's not scoring on the power play - LW Alex Ovechkin has 12 points (5 G, 7 A) in nine games and has no goals and one assist with the man advantage. 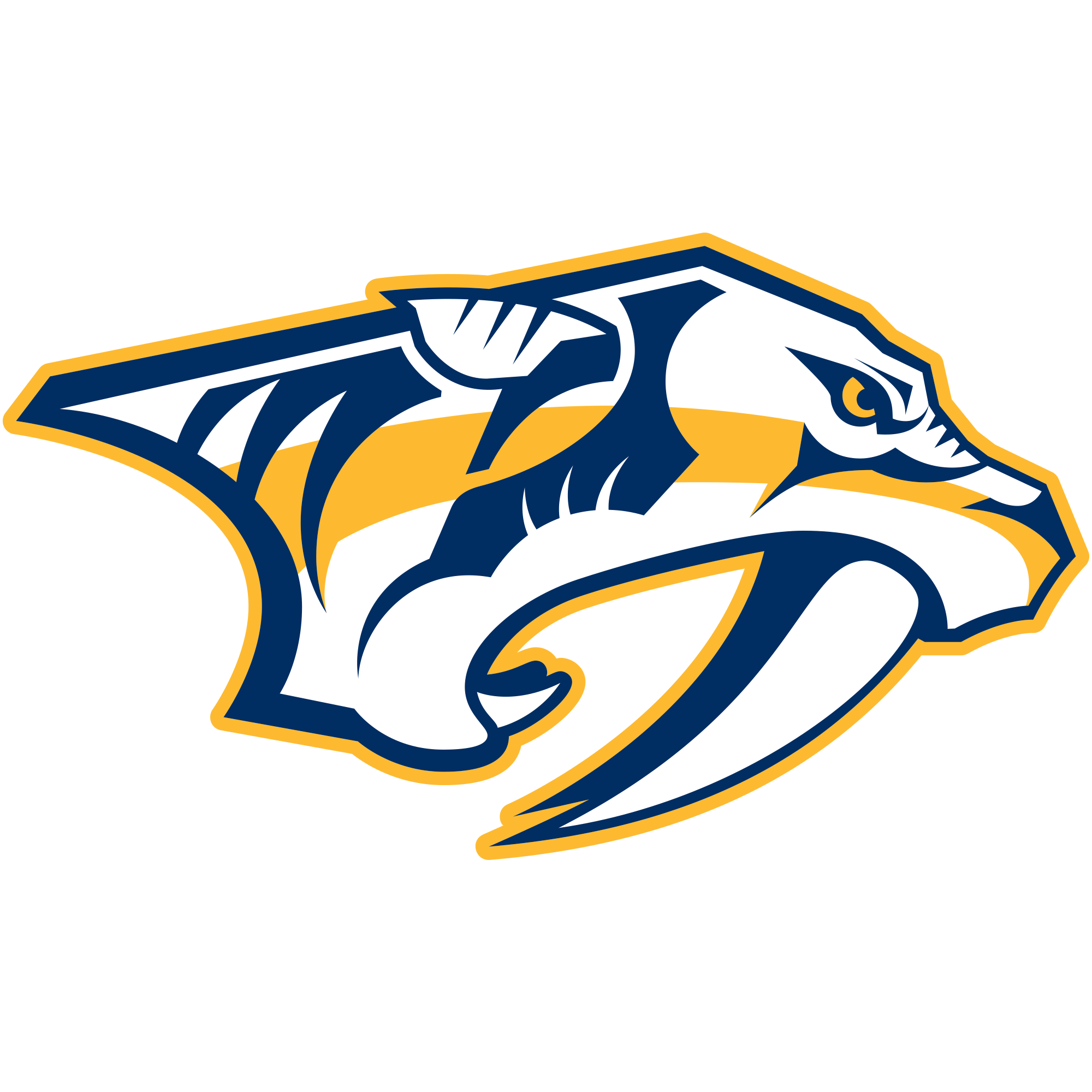 Nashville's supporting cast of forwards could offer a little more, um, support. Craig Smith, Mike Fisher and Calle Jarnkrok each have three points, while Cody Hodgson's career resurrection is coming along slowly - he has one point.

Injuries are forcing the Blues to patch together a lineup, but it's not the worst thing in the world for young wingers Dmitrij Jaskin, Robby Fabbri and Ty Rattie to get opportunities to play regular minutes now; if they can handle the responsibility, this could allow them to make more significant contributions later. 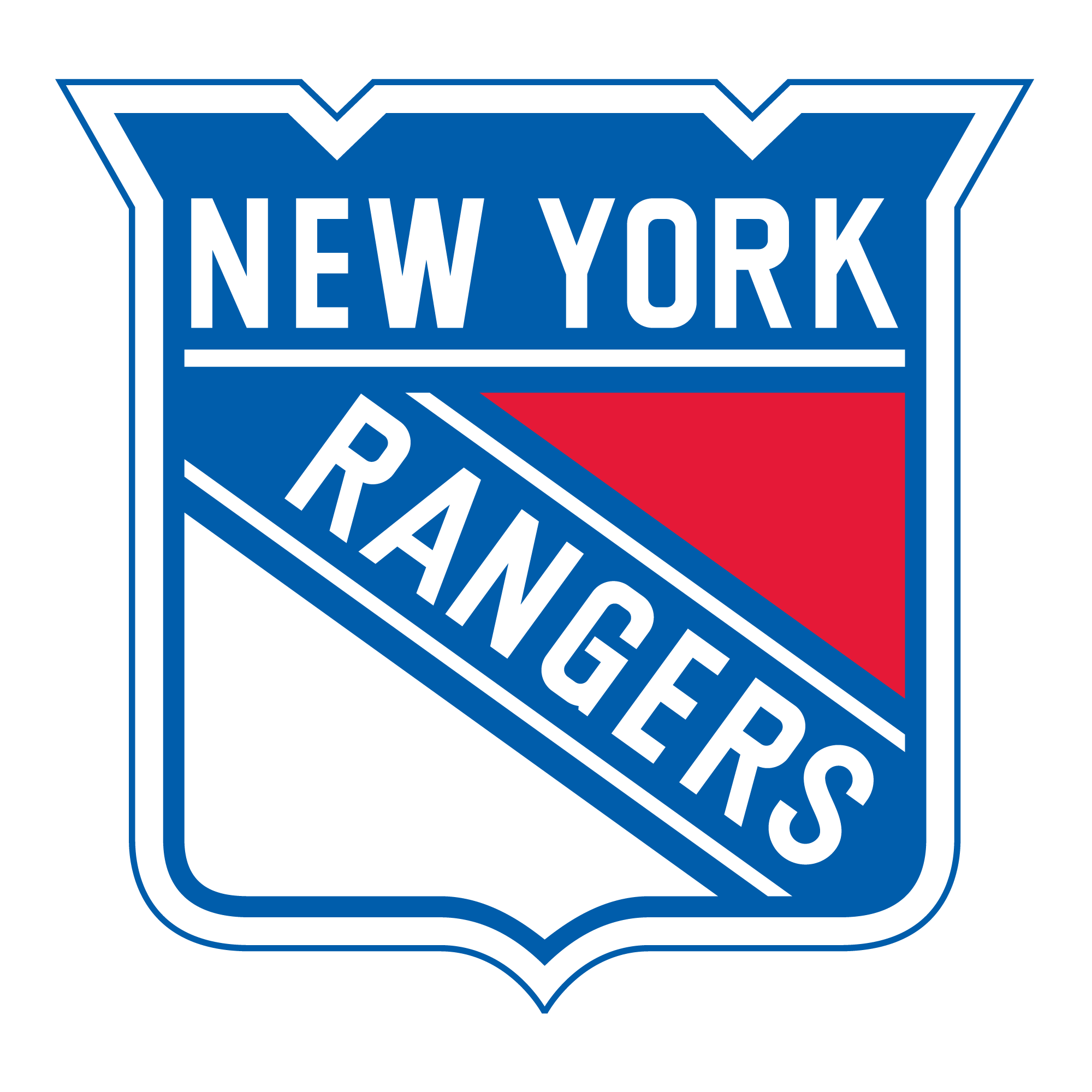 The Rangers are off to a good start even though Rick Nash and Chris Kreider have each managed a single goal through 11 games. Goalies that stop more than 94% of the shots they face can make a lot of teams look good. 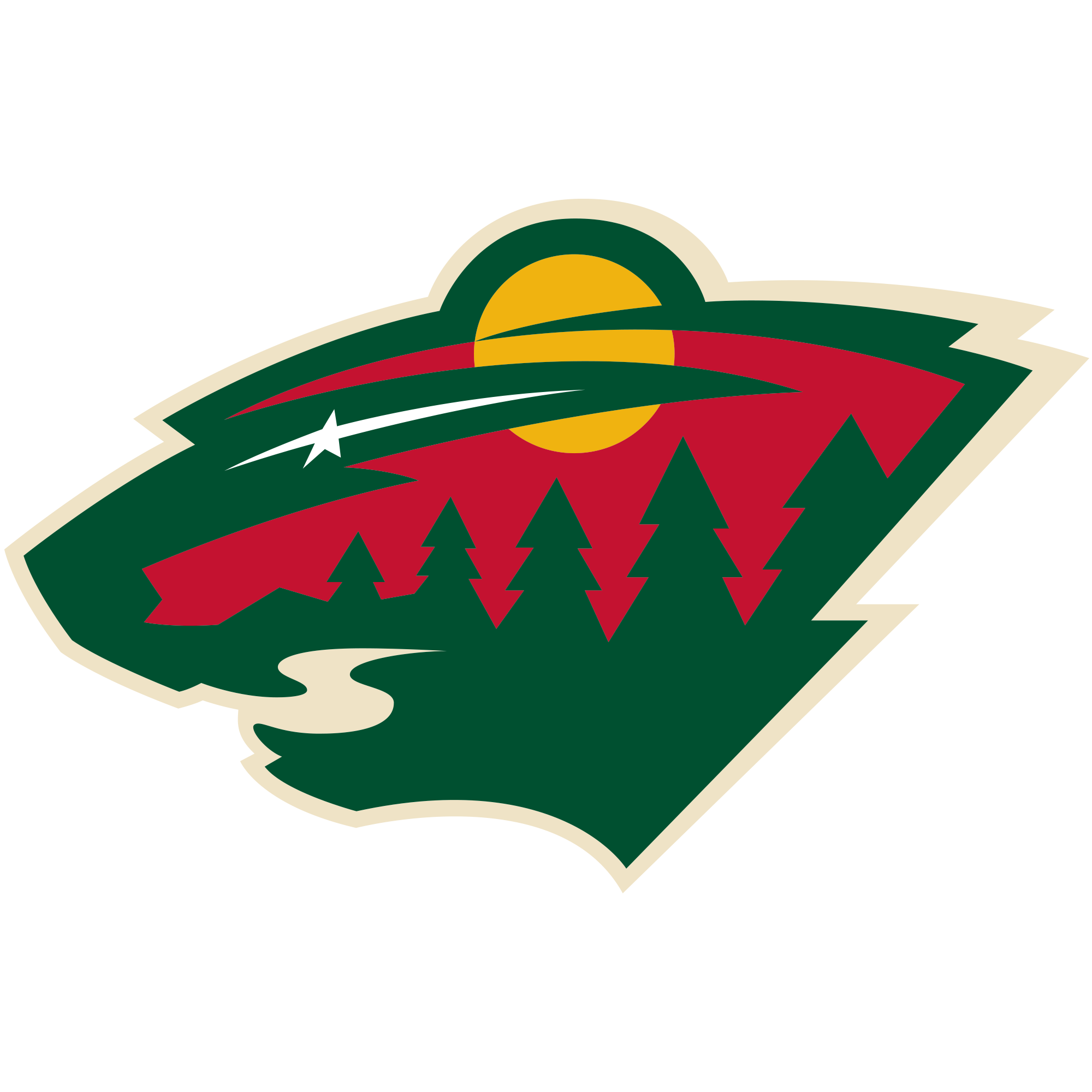 The Wild have turned loose playmaker LW Jason Zucker, who has six assists (along with three goals) already this season. He has five assists in 51 games last year. 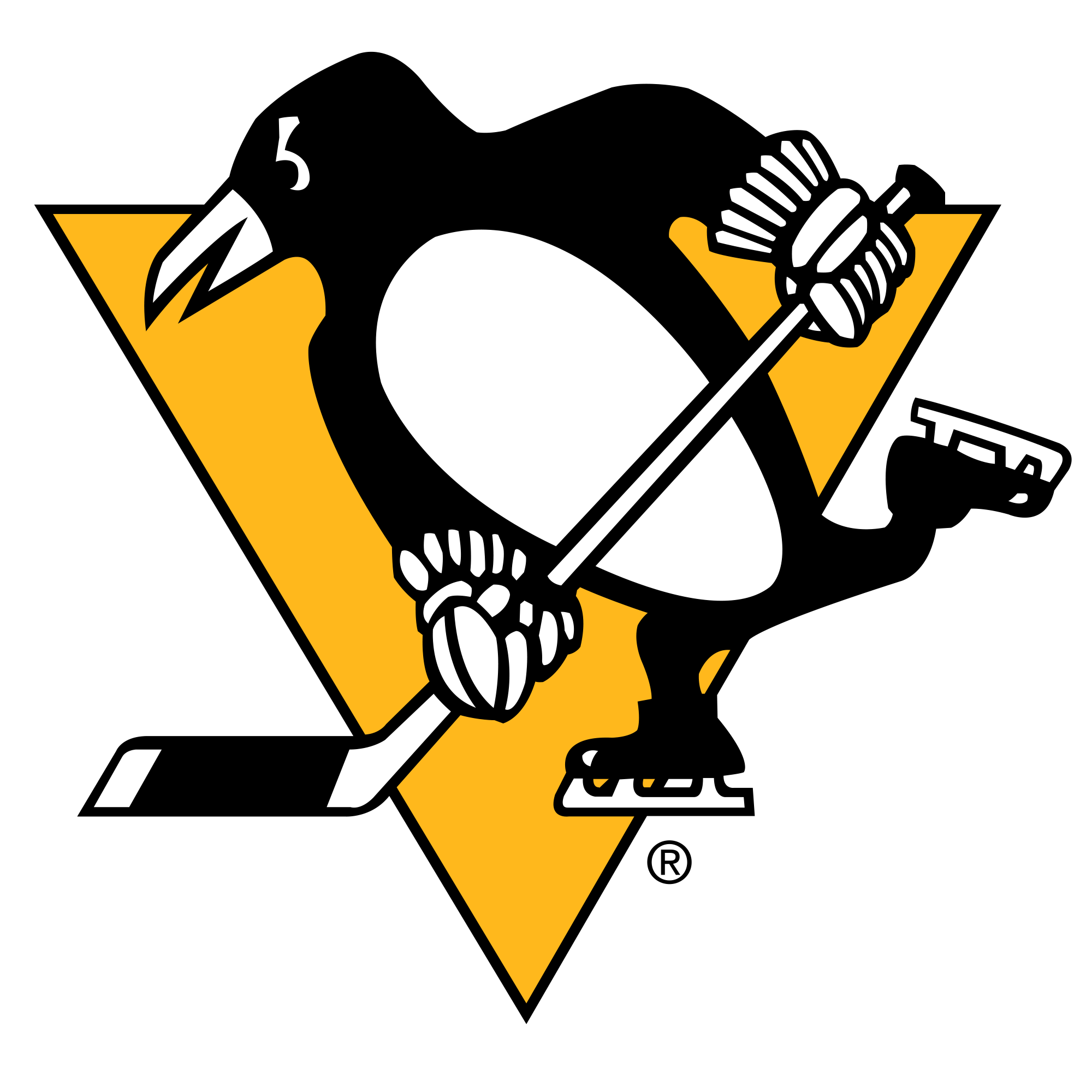 G Marc-Andre Fleury is masking some early Penguins concerns, including Sidney Crosby's slow start, but if we're raising red flags around here, Pittsburgh ranking 25th in score-adjusted shot attempts to this point is something that needs to be addressed. 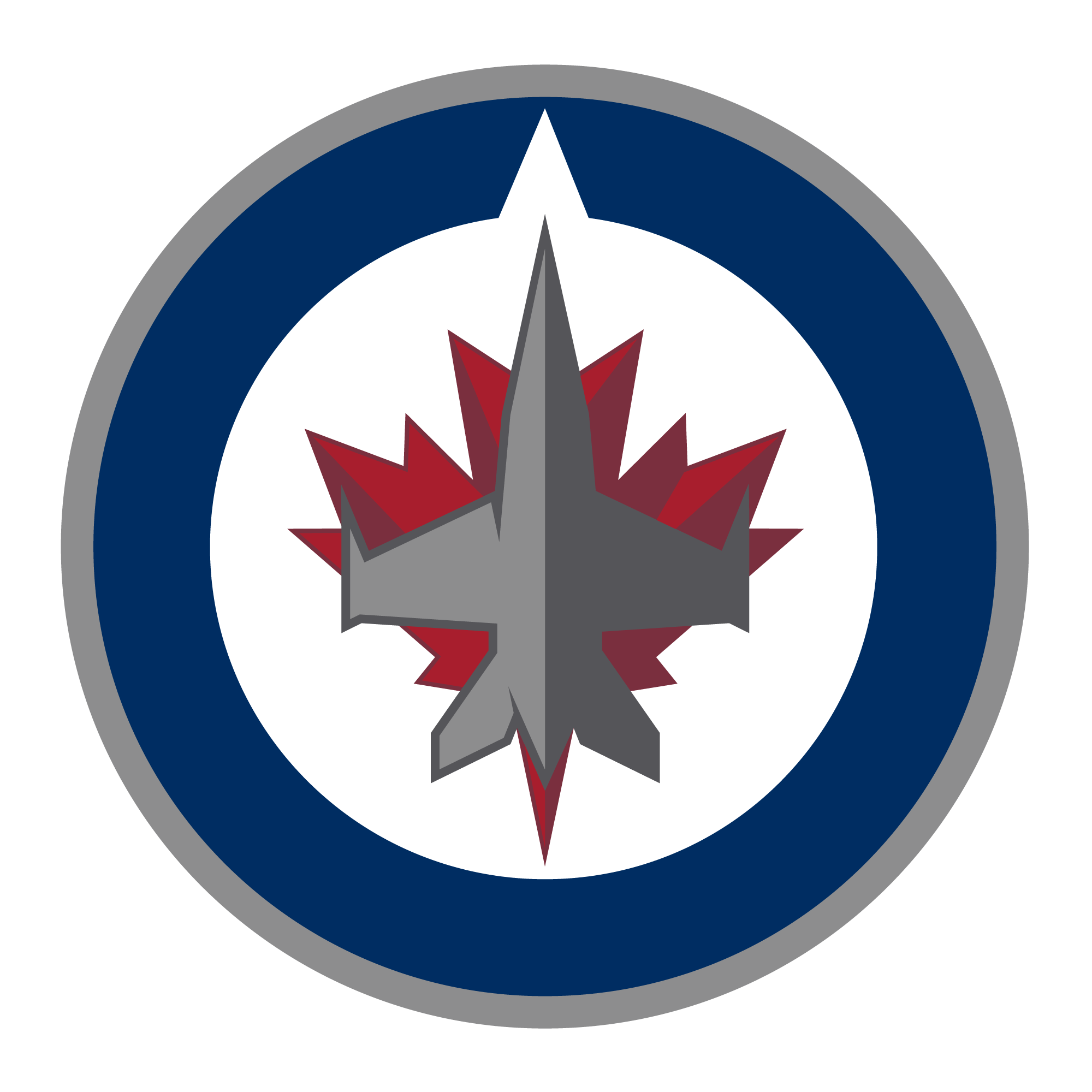 No one in the league is generating shots on goal at the rate of Jets rookie winger Nikolaj Ehlers, and adding that high-end offensive skill is part of what makes the Jets such an exciting team. Well, that and Dustin Byfuglien playing the role of wrecking crew. 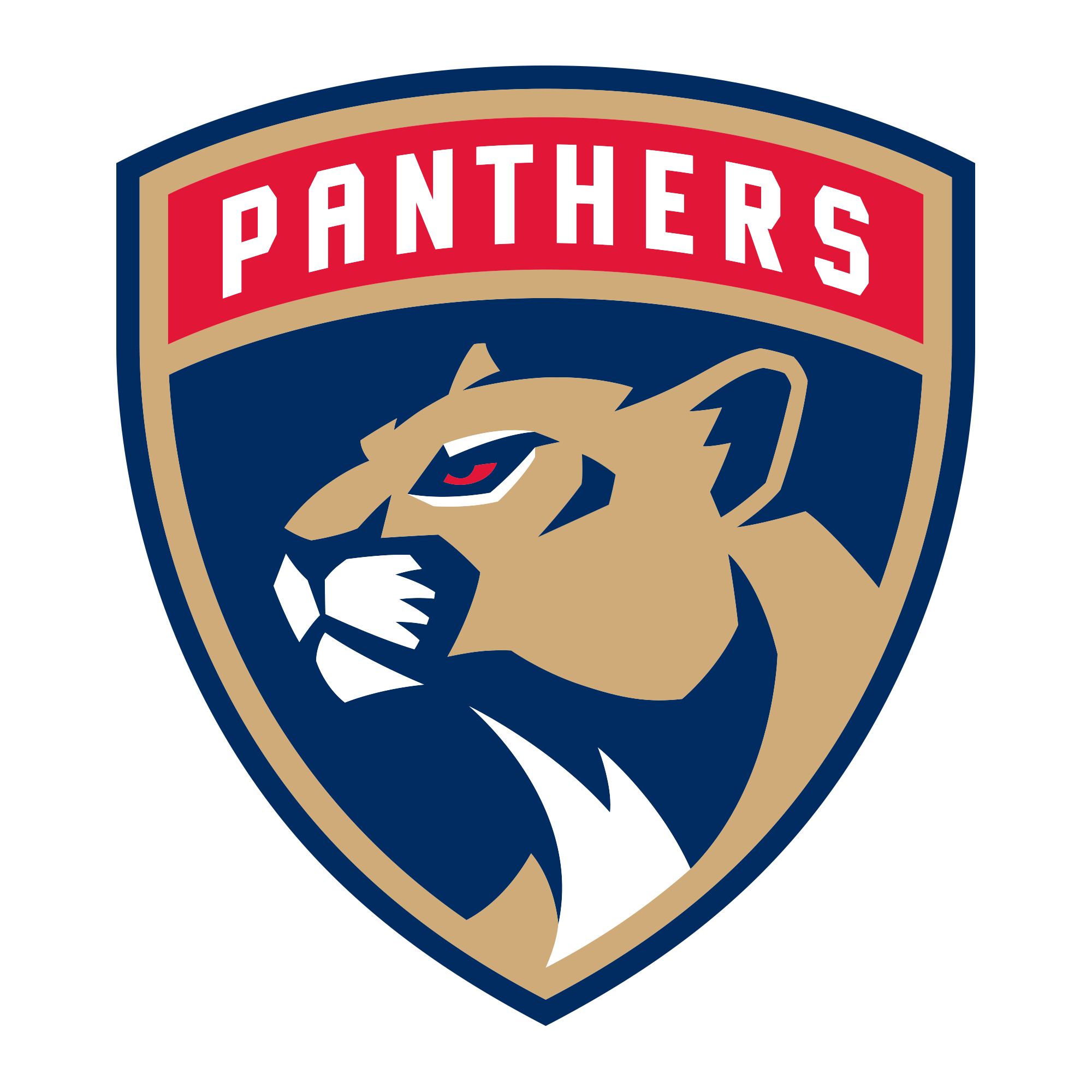 Not to intrude on the deployment plans of the Panthers, but why is Aaron Ekblad playing 18:50 per game, down three minutes per game from his rookie campaign? There has to be some ice time going to Willie Mitchell or Erik Gudbranson that should to the Calder Trophy winner. 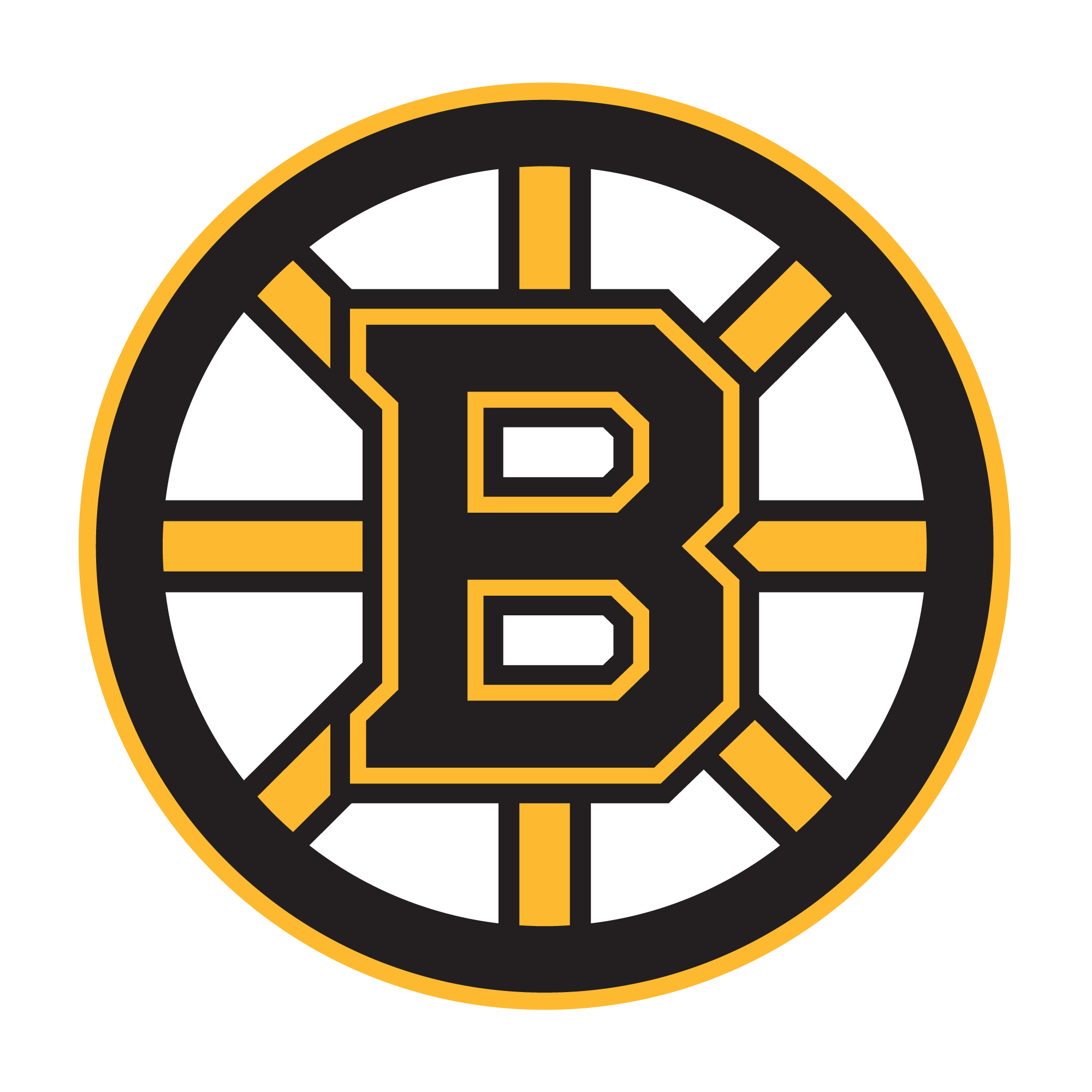 The early-season burying of the Bruins may have been a tad premature. They're certainly lighting it up offensively, the league's top-scoring team thanks to a killer power play. 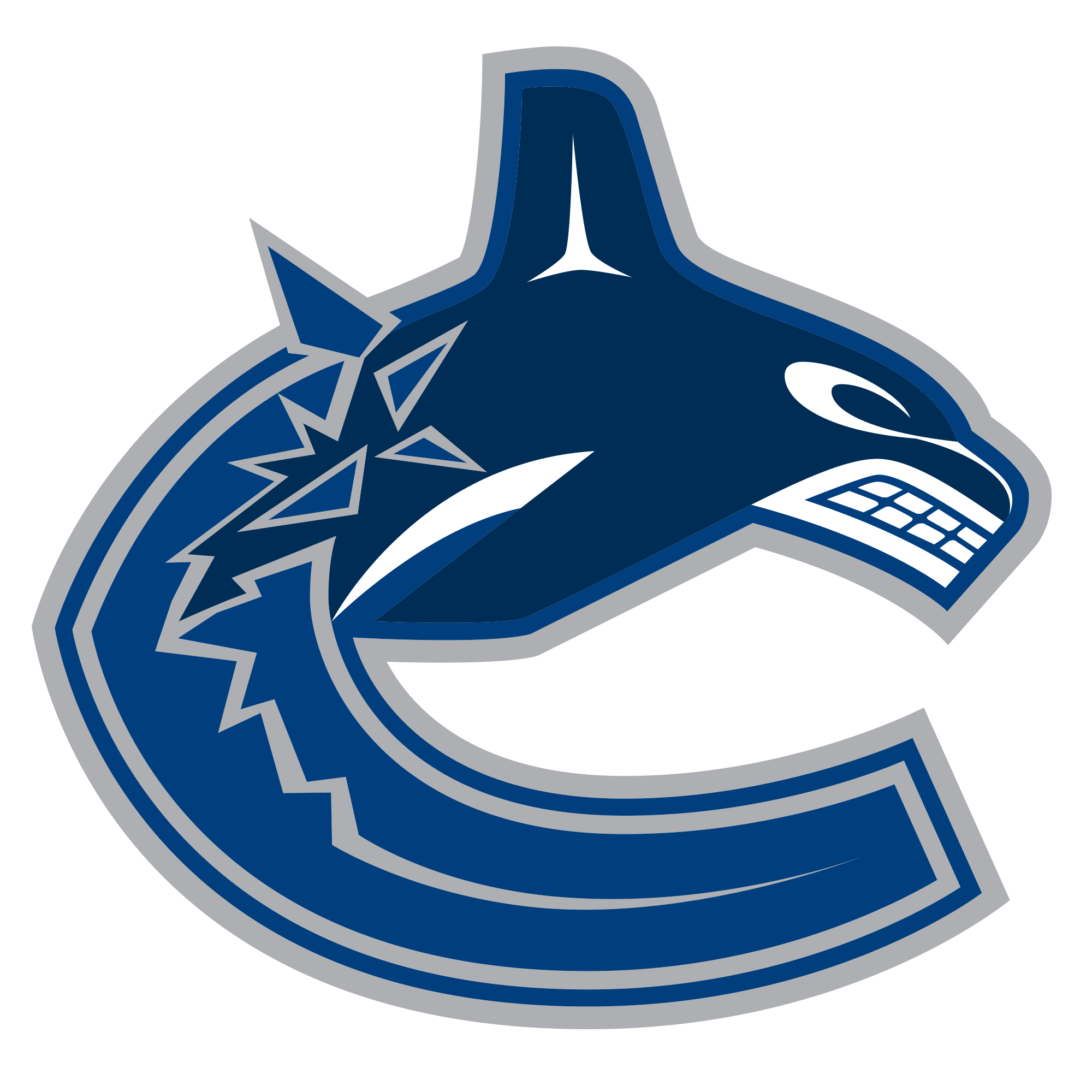 The Canucks are working their young forwards into the lineup, and rookie C Jared McCann leads the team with five goals, despite playing just 10:45 per game, making him the early league leader in Goals/60. 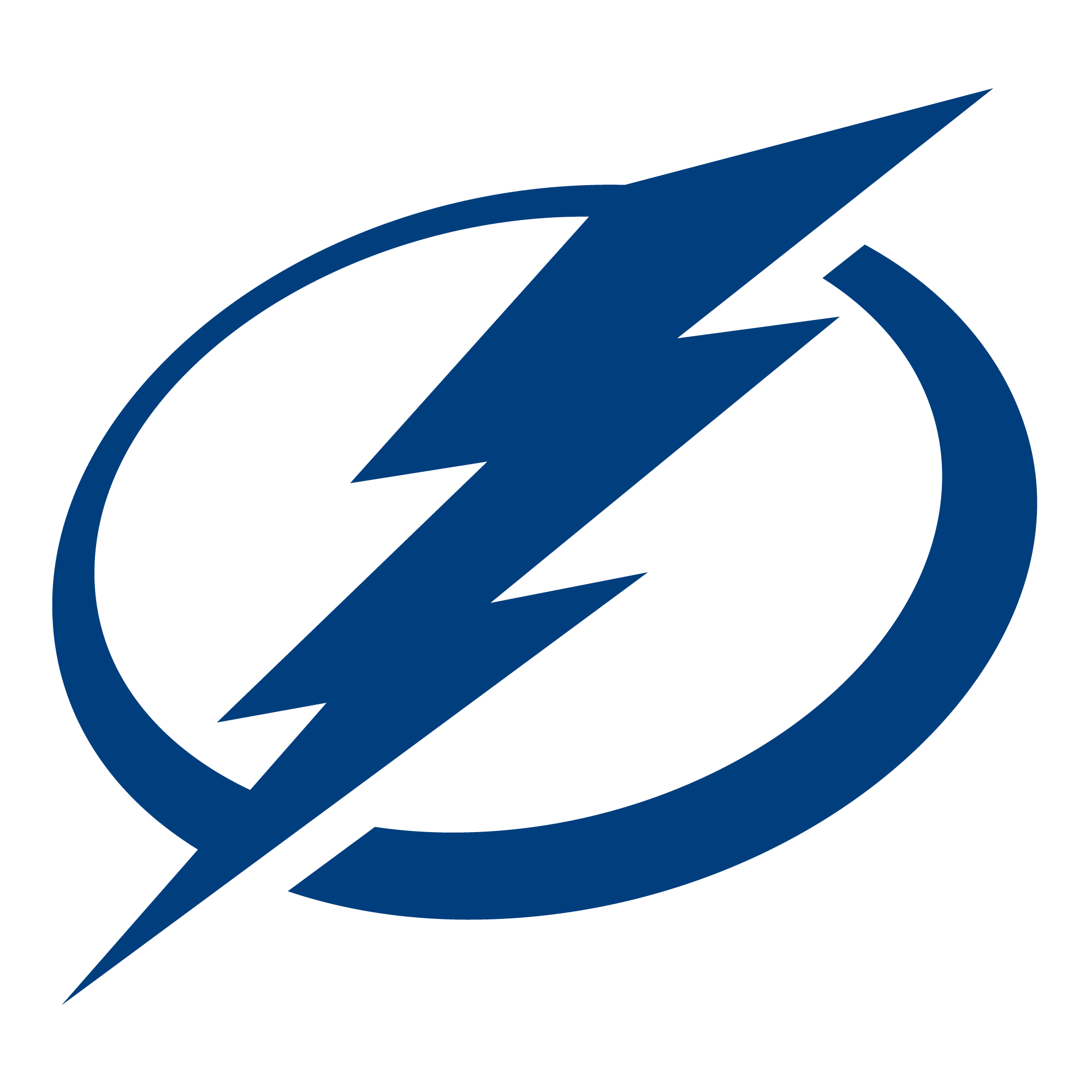 Getting G Andrei Vasilevskiy back in the lineup helps, but won't address Tampa Bay's recent lack of scoring -- they've managed two goals, total, in the past four games. 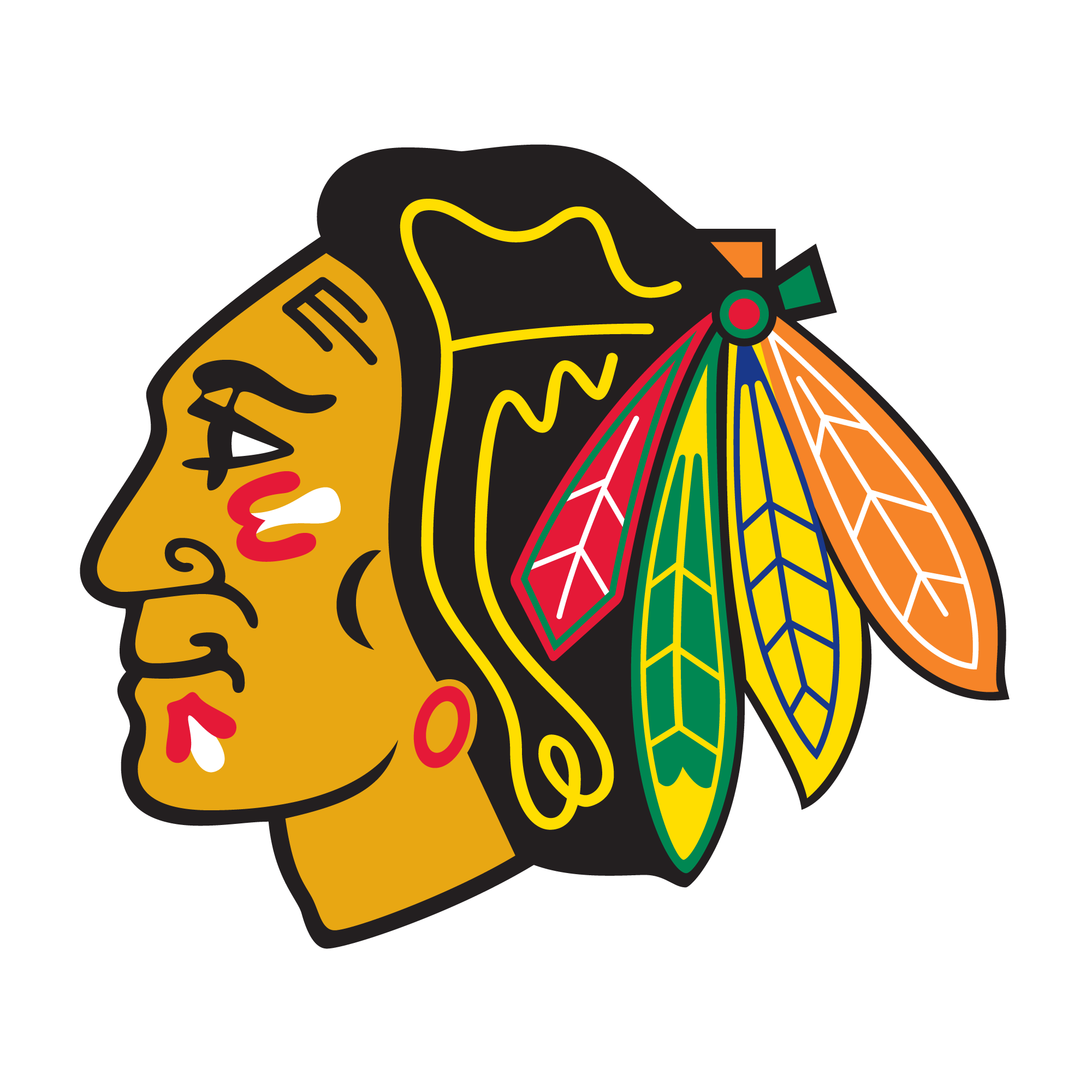 The Blackhawks may have wanted to give LW Bryan Bickell an opportunity to stick, considering he's costing them $4M on the cap, but with no points and just five shots on goal in seven games, he's on his way to the AHL, so that Chicago can recall Marko Dano, the second-year winger who has some nifty skills and joins a youth brigade in Chicago that has seen C Tanner Kero, C Vinnie Hinostroza, RW Ryan Hartman and D Erik Gustafsson getting auditions recently. 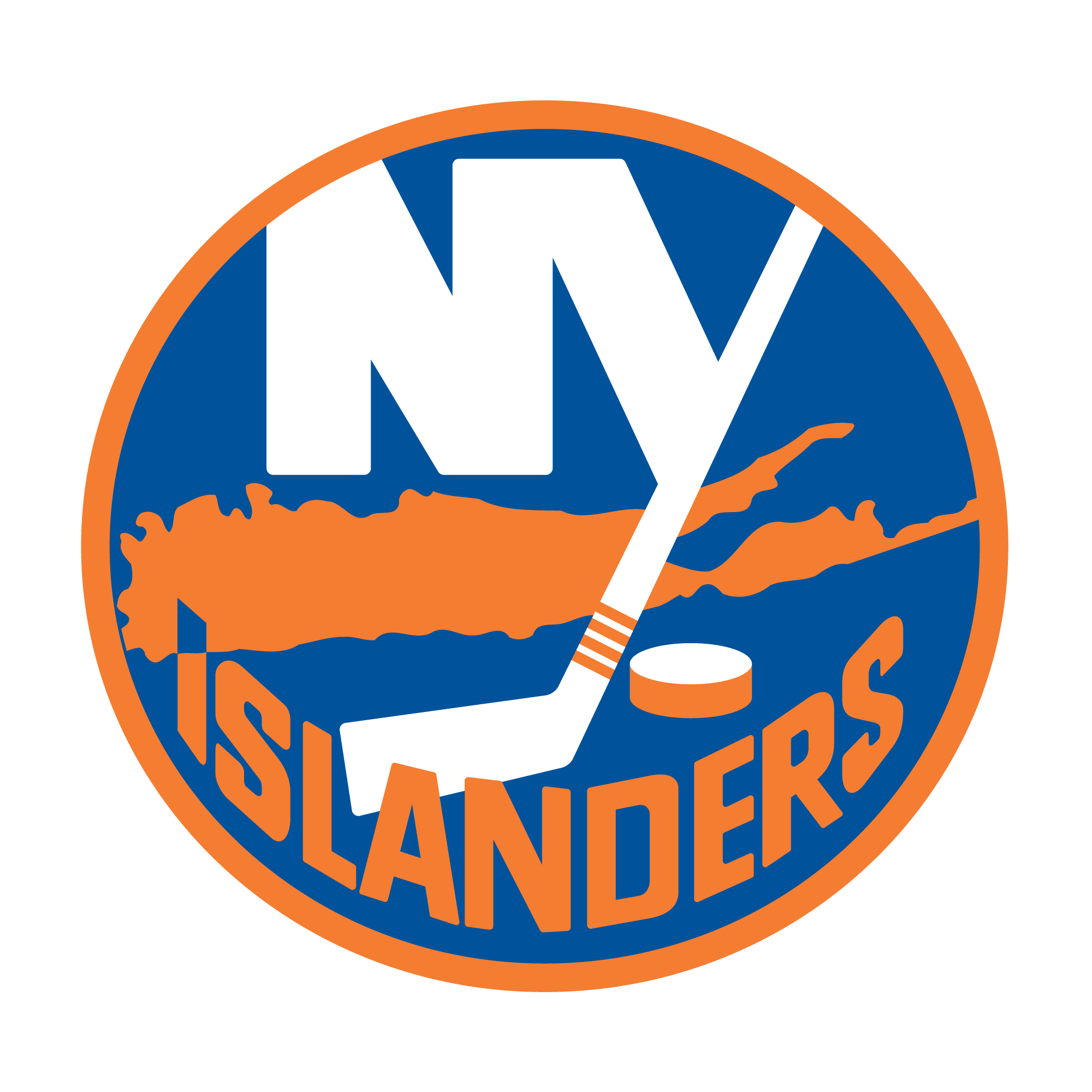 Something seems a little off with the Islanders. C John Tavares misses a couple of games with an illness, that is announced in an unusual manner, and RW Ryan Strome has been a healthy scratch for a couple of games. Figure he Isles need Strome to take a good step forward this season and it hasn't happened in the early going. 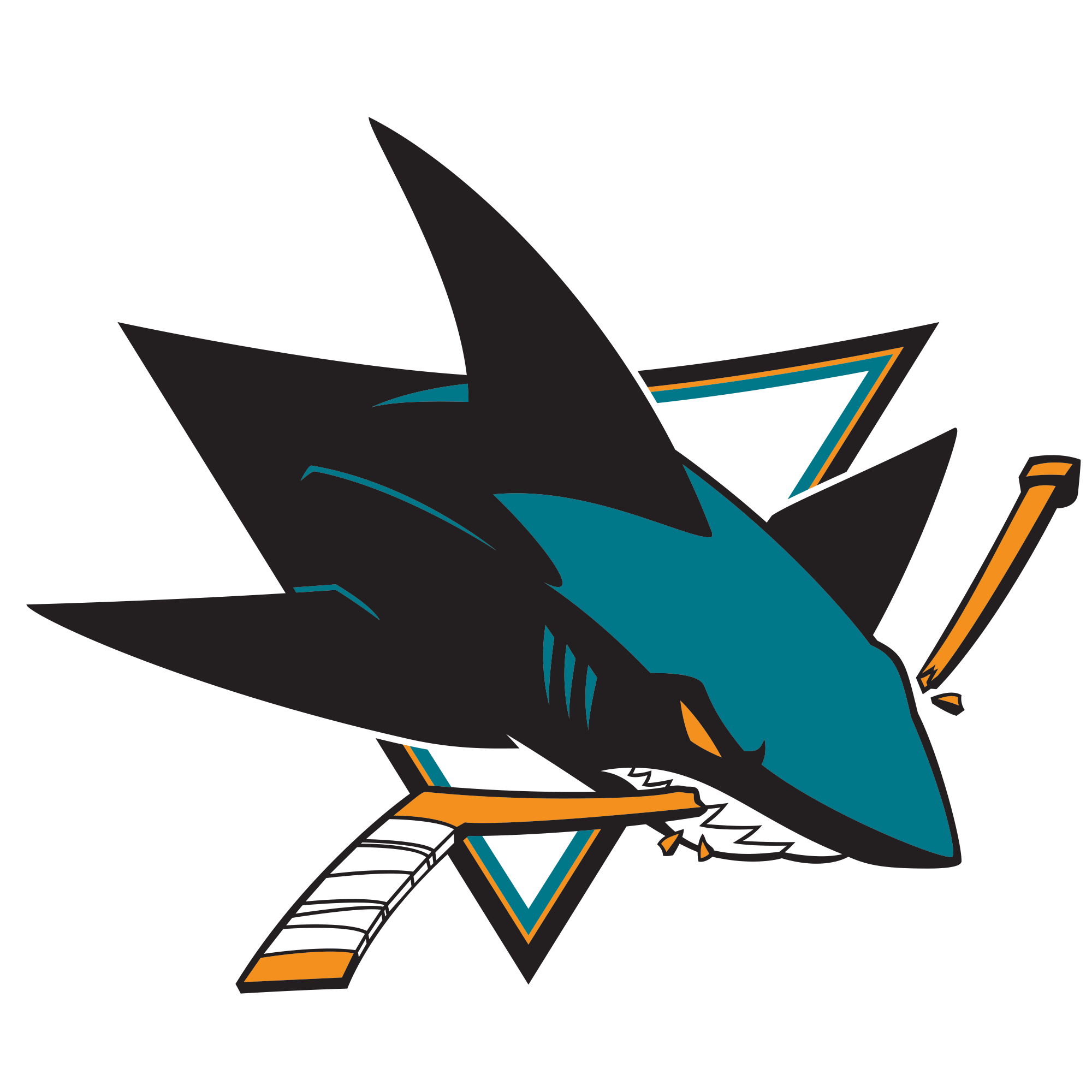 It's great for Joel Ward that he's the Sharks' leading scorer, with 11 points (7 G, 4 A) in 11 games, but maybe not ideal for San Jose that Ward is outscoring some of their more established point producers. 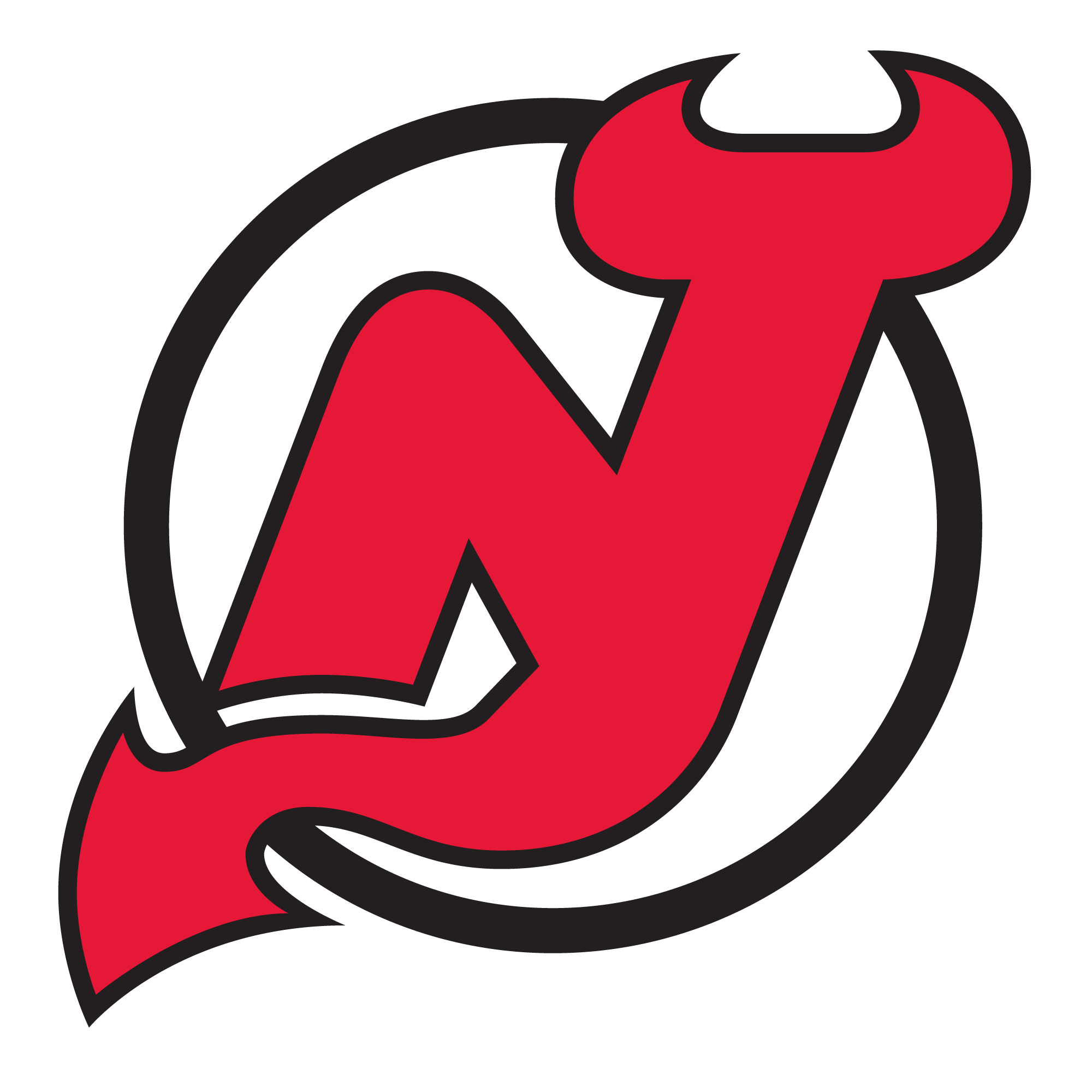 RW Lee Stempniak, who couldn't get a contract this summer, has played more than 21 minutes in three of the Devils' past five games and has been a nice contributor in New Jersey with eight points (2 G, 6 A) in 11 games.

These Detroit possession woes are a major concern. If the Wings weren't getting such strong goaltending out of Jimmy Howard (.928 SV%) and Petr Mrazek (.921 SV%), this rcord could be headed south in a hurry. 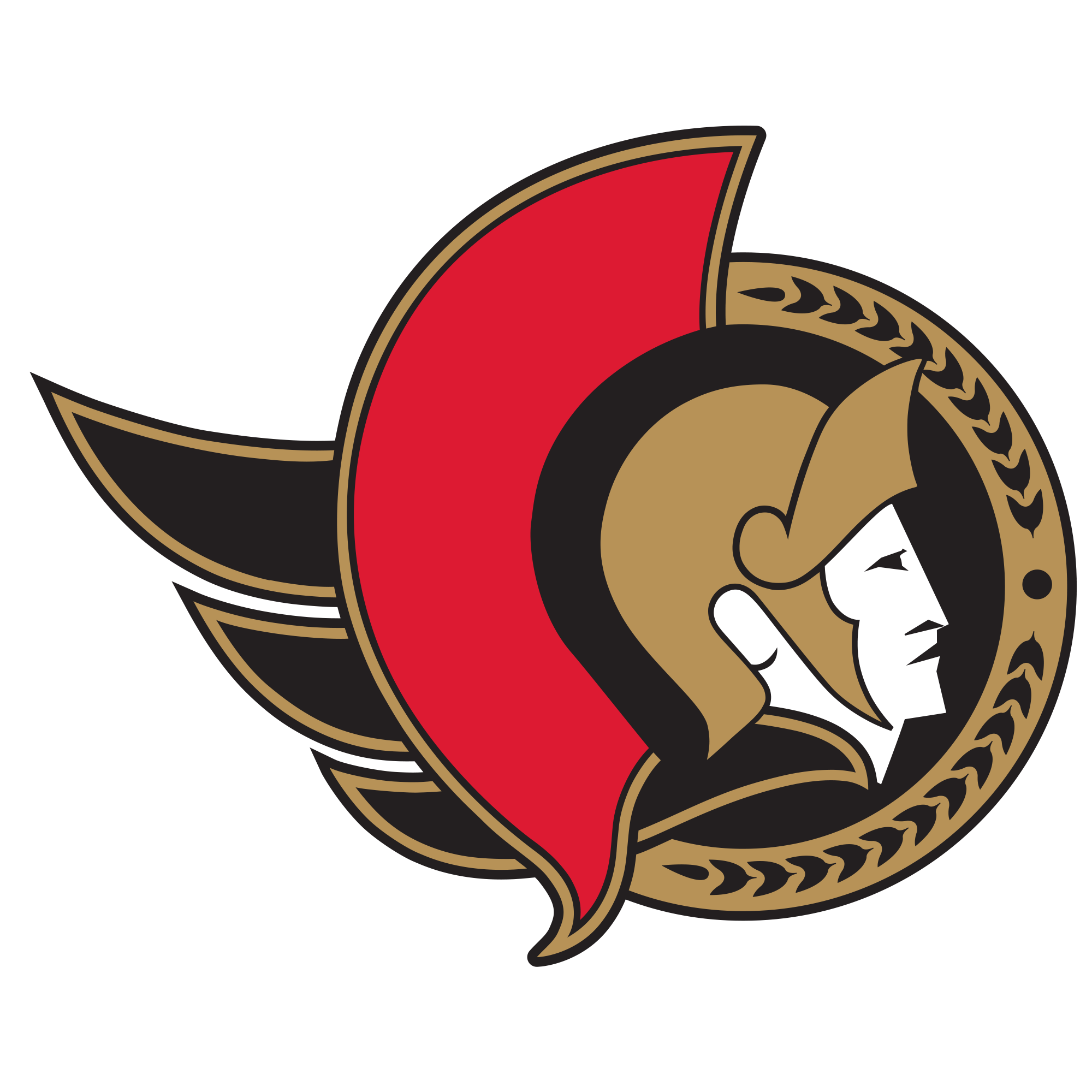 Still need more from the bottom half of the depth chart, but the Senators have to at least be encouraged that Andrew Hammond has been okay (.919 SV%) through his first two starts of the season. He was such a big part of last season's playoff push, that goaltending is going to be an area to watch for the Sens this season. 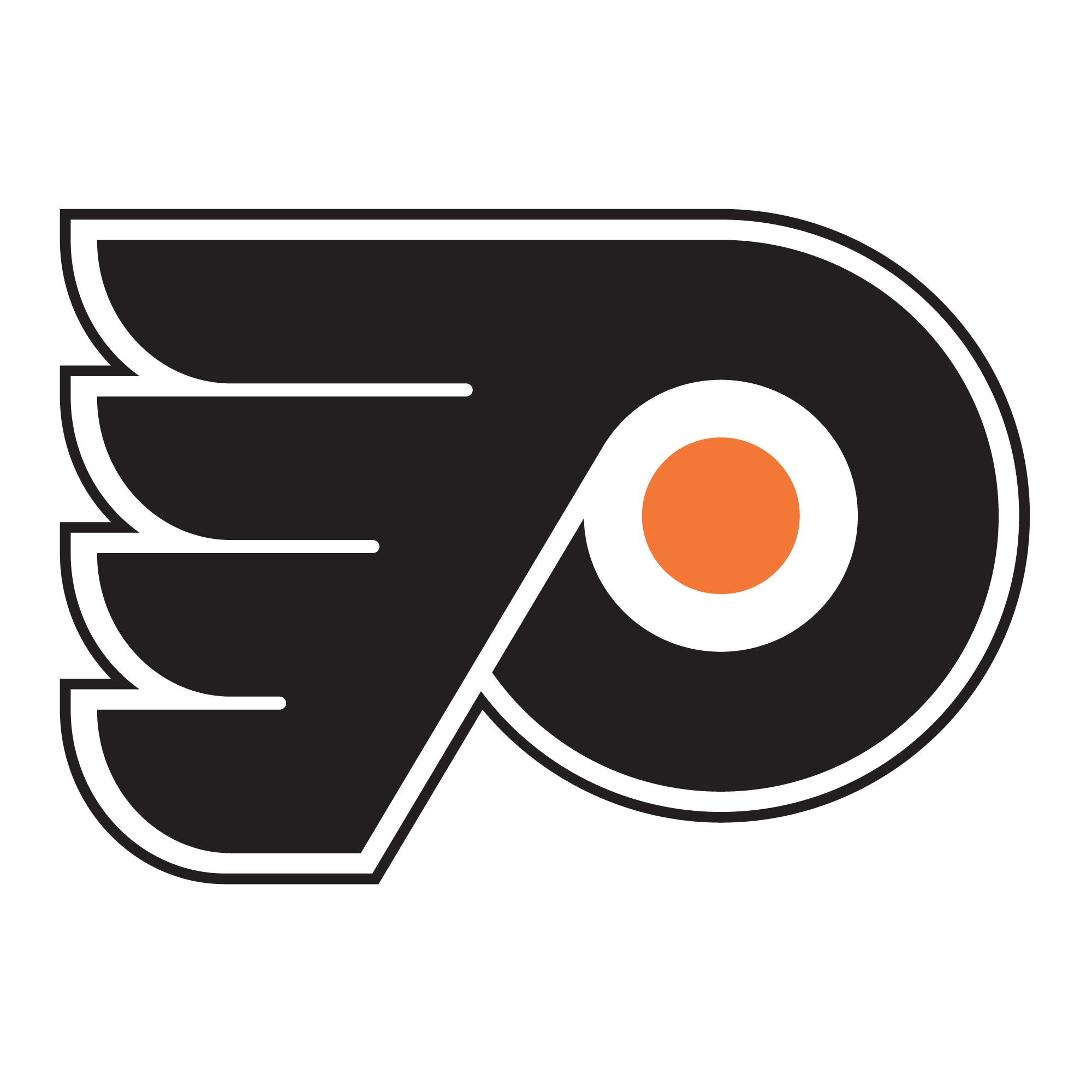 RW Jakub Voracek is still seeking his first goal, but he's worth a buy-low fantasy owners, because he's averaging 4.4 shots on goal per game and those are bound to start finding the net.

Don't sleep on the Sabres. With rookie Linus Ullmark giving them adequate goaltending, a team with vastly improved possession can be competitive on a nightly basis, especially if rookie C Jack Eichel starts getting some puck luck. 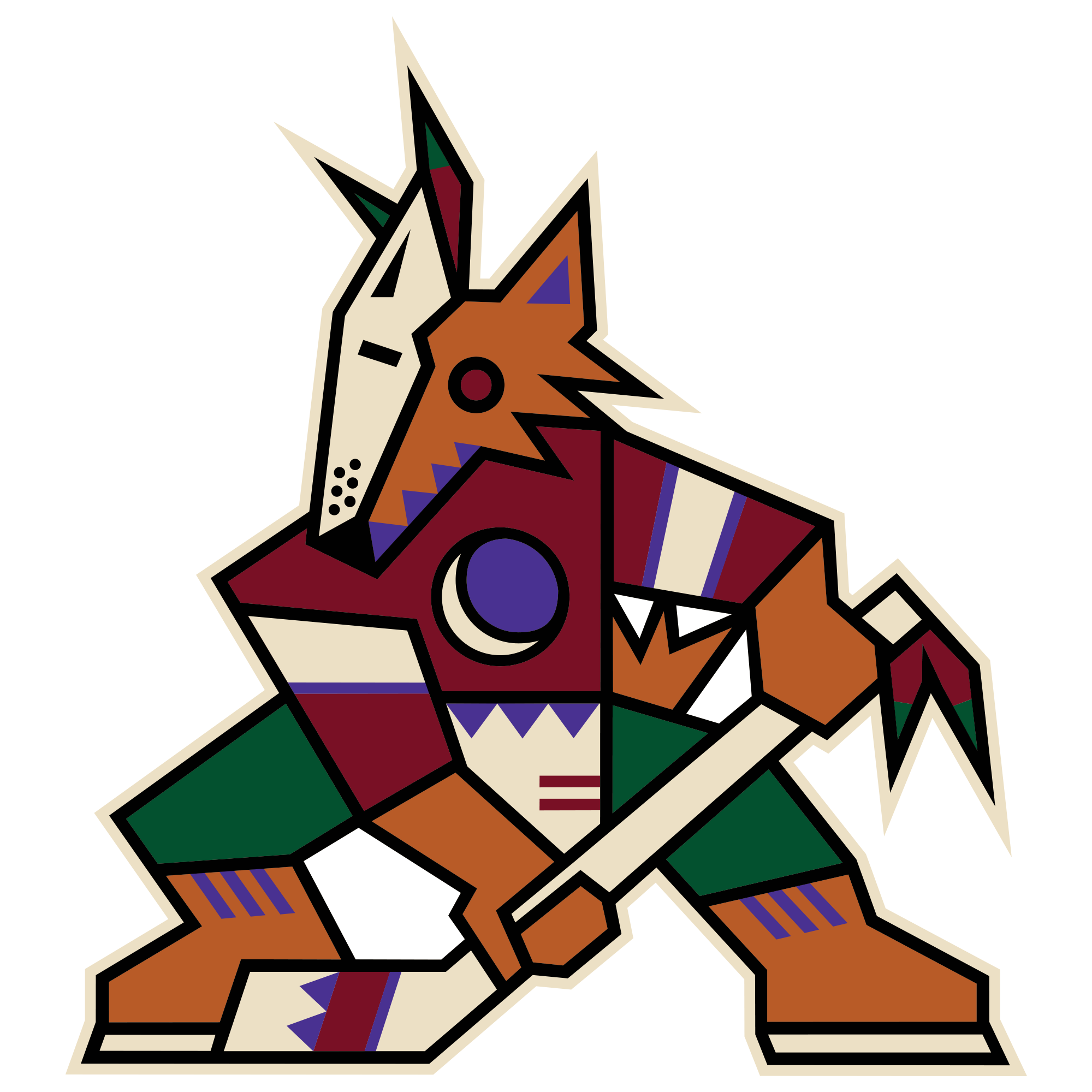 C Antoine Vermette was Arizona's leading forward scorer last season when he was moved to Chicago, but hasn't been able to get it going this year, managing no goals and two assists in eight games. 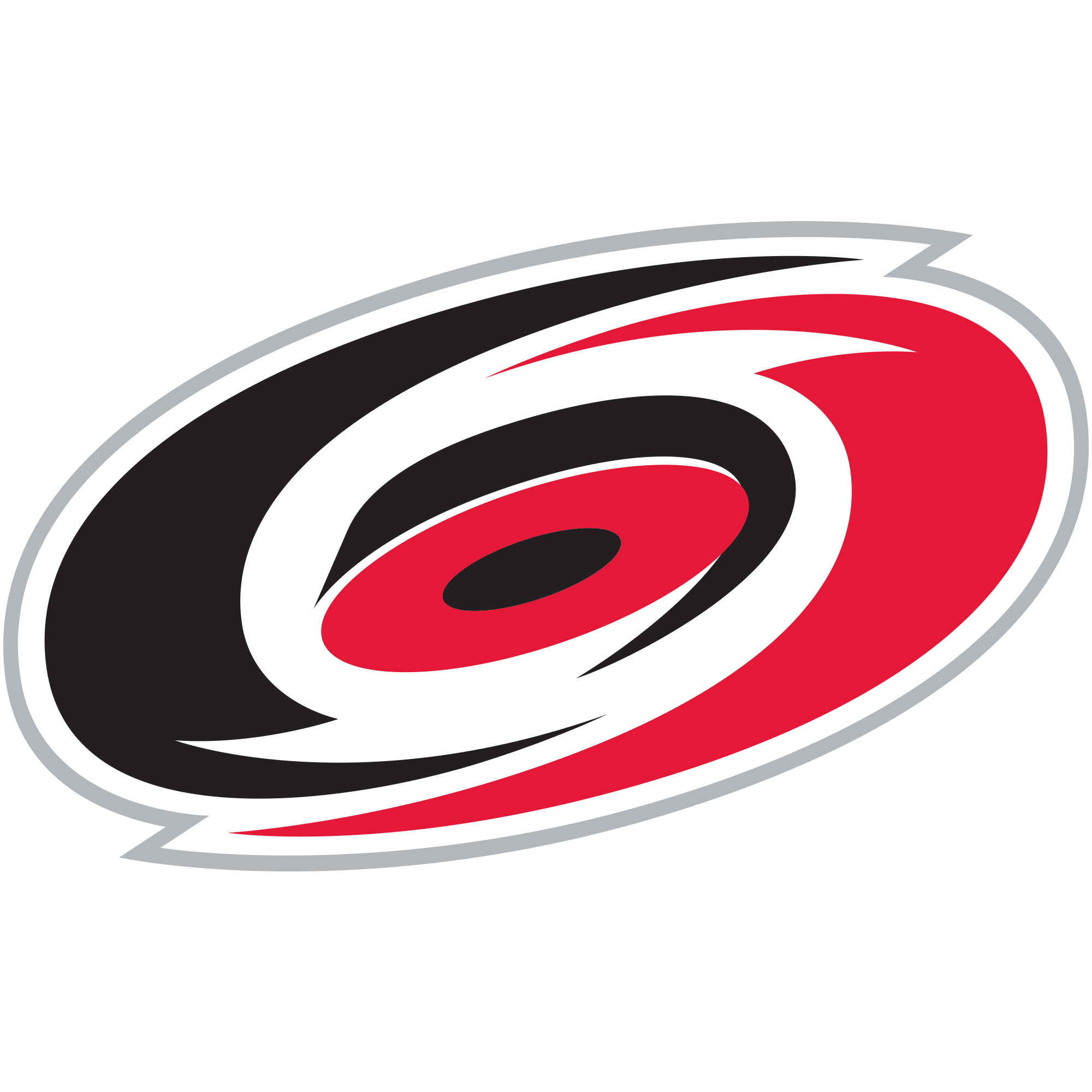 Still waiting on LW Jeff Skinner (2 G, 1 A) to bust out, but the Hurricanes have been getting production from Kris Versteeg and Victor Rask lately, helping them to play up to their solid possession numbers.

Possession problems continue to plague the Oilers, but they are a must-watch team these days, with their collection of young talent bolstered by the call-ups of recent first-rounders D Darnell Nurse and RW Leon Draisaitl. 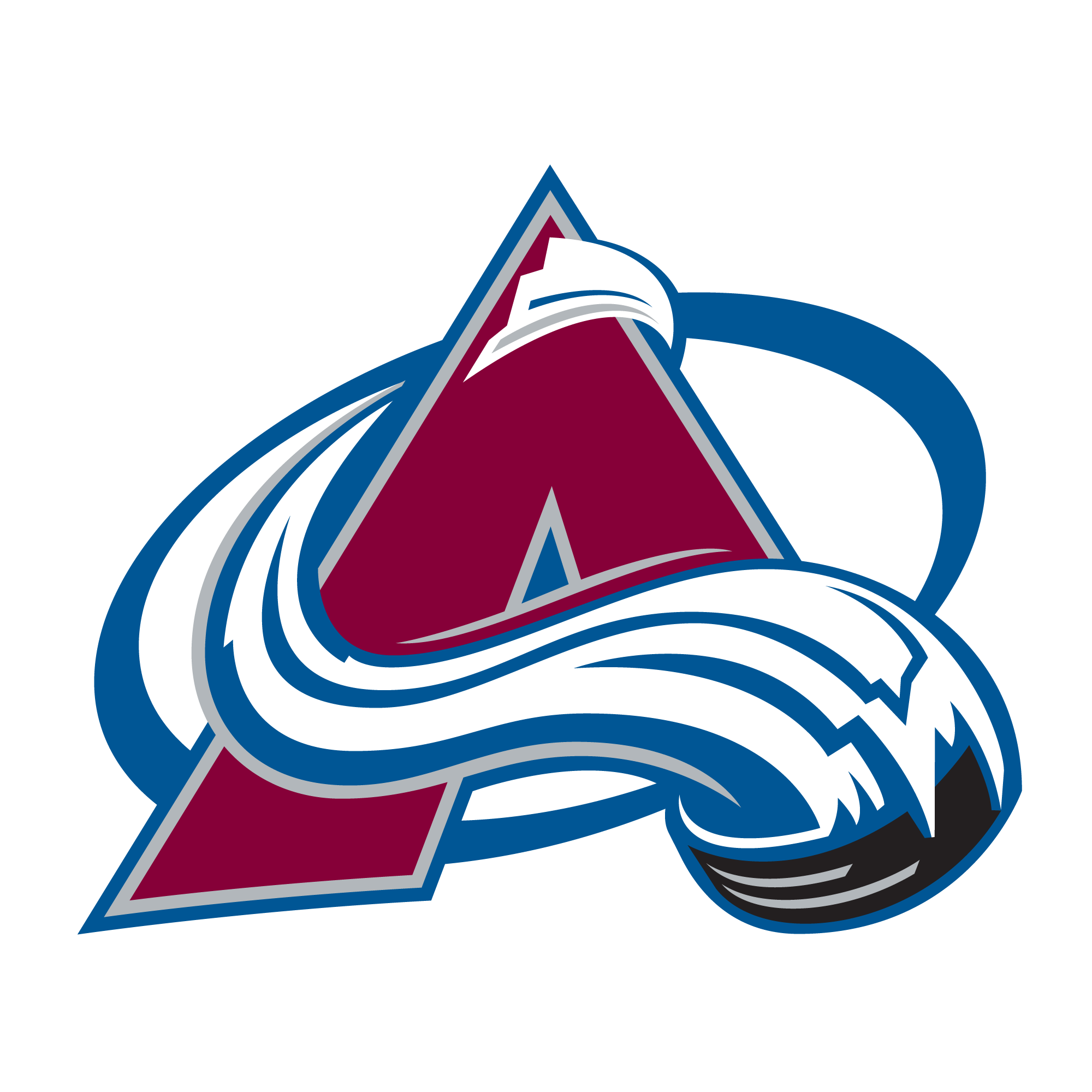 A team that loses the possession battle on a nightly basis can hardly afford to have a player like C Matt Duchene struggling, but he's put up just one goal and two assists through 11 games.

The Ducks have scored a little bit -- eight goals in the past three games -- but what is going on with RW Corey Perry? He hasn't scored a goal yet and has just 23 shots on goal in 11 games.

It does appear that getting D T.J. Brodie back in the lineup has helped, but unless he straps on the pads and takes care of the goaltending too, the Flames are still fighting an uphill battle. 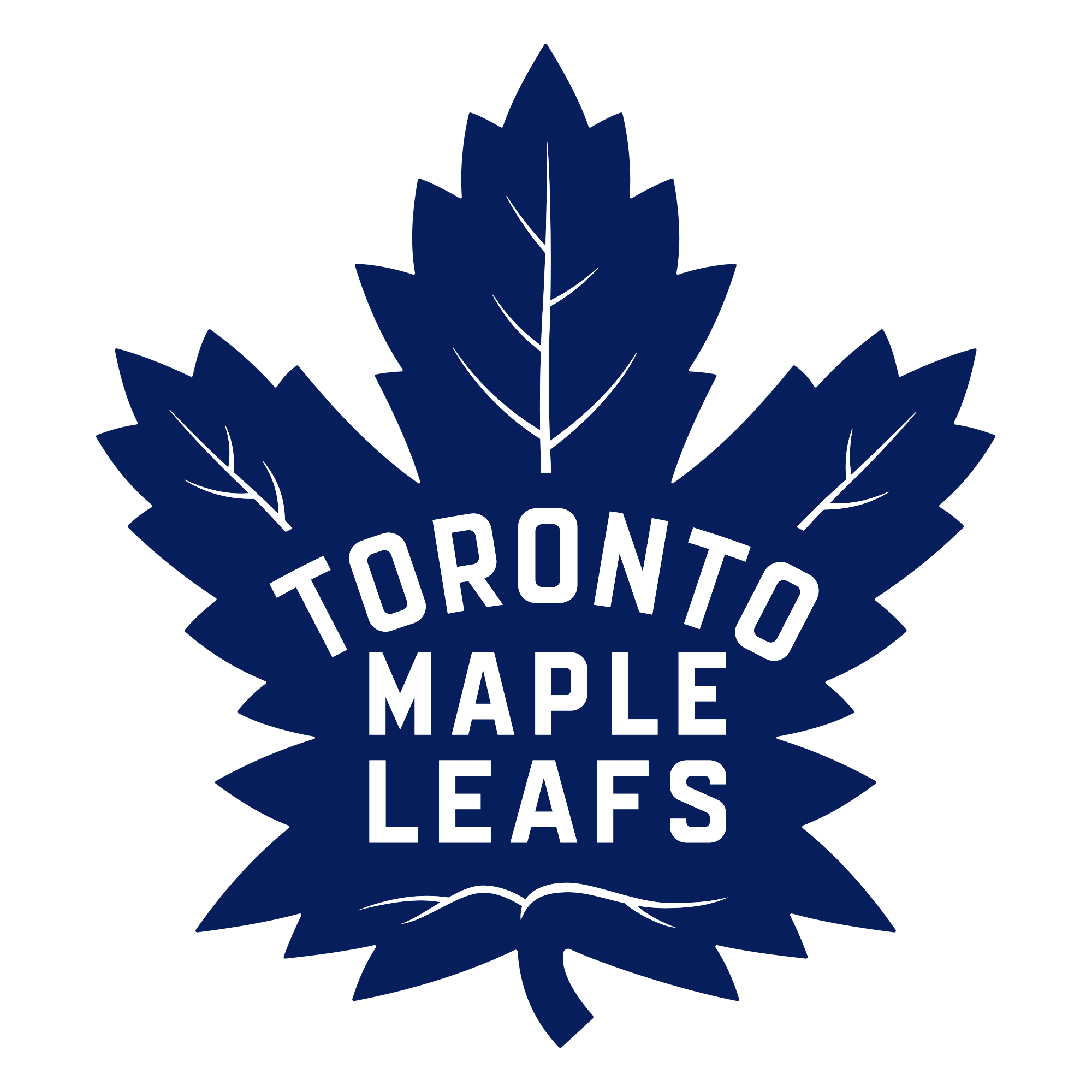 It's so hard for the Maple Leafs to score, that they can't take full advantage of Top 10 possession numbers, and then it's been relatively easy for teams to finish against goaltenders Jonathan Bernier and James Reimer that the Leafs look like they are hitting the full rebuild again this season.

It's awfully hard when two supposed strengths like the starting goaltender and number one centre come out of the gate producing so little, but getting Sergei Bobrovsky and Ryan Johansen fixed ought to be first and foremost in the Blue Jackets' plans if they harbour ideas of being competitive this season.