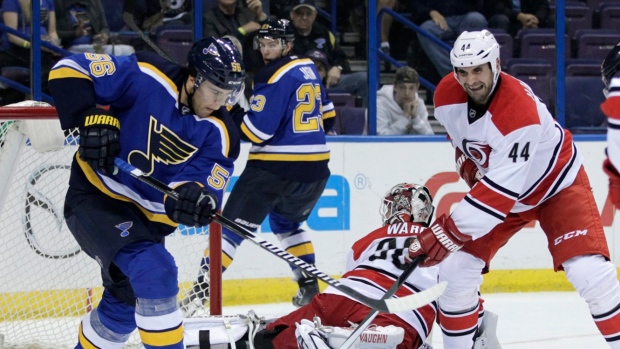 Alexander Steen had an assist on Lindstrom's goal in the second period, which gave St. Louis a 2-1 lead. It was Steen's exhibition debut after he led the Blues with 33 goals and 62 points last season.

Ryan Murphy scored for Carolina. He sent a wrist shot through traffic at the 5:59 mark of the second.

Backes had the first goal of the game just 33 seconds into the second. With St. Louis enjoying a 5-on-3 power play, Backes redirected a drive by Kevin Shattenkirk into the net.

Brian Elliott stopped 19 shots for the Blues, and Cam Ward had 26 saves for the Hurricanes.