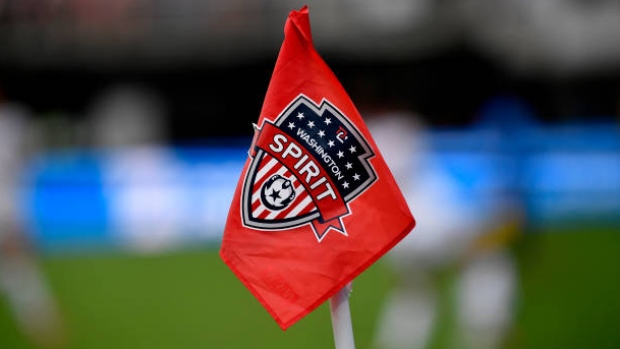 Baldwin said in a statement he decided to resign at the request of players and to avoid being a distraction. The team’s official supporters’ group had called for Baldwin to sell his interest in the team, saying it would curtail certain game-day traditions, including chants, until changes were made.

“This was an extremely difficult decision for me,” Baldwin said. “I have no doubt made some mistakes, but my effort and focus were always on building a professional experience for our players.”

Burke's firing was the latest in a string of scandals to hit the league in recent months. Mostly recently, the league was rocked by sexual harassment and misconduct allegations involving longtime coach Paul Riley, a situation that prompted Commissioner Lisa Baird to resign Friday.

Baldwin said team President Ben Olsen now has full authority over club operations. Baldwin did not say whether he would sell his controlling interest in the club.

Burke was fired after a Washington Post report detailed verbal and emotional abuse of players and the NWSL held a formal investigation. The Spirit were also sanctioned by the league.

A person with knowledge of the situation told The Associated Press that players signed a letter to the club and the NWSL demanding Baldwin divest in the team. The person spoke on the condition of anonymity because the letter was not made public.

Riley, most recently coach of the North Carolina Courage, was accused of misconduct, including sexual coercion, by two former players who told their stories to The Athletic. Riley was fired by the Courage in the wake of last week's report and U.S. Soccer suspended his license.

Riley's former club, the Portland Thorns, did not renew his contract in 2015 following a team investigation after one of the players complained.

Thorns owner Merritt Paulson, who also owns Major League Soccer's Portland Timbers, released an open letter to fans Monday apologizing for the club's lack of transparency in handling the matter, and said Riley was fired by the club.

“But we then made an opaque announcement about not renewing Riley’s contract as opposed to explicitly announcing his termination, guided by what we, at the time, thought was the right thing to do out of respect for player privacy," Paulson wrote. “I deeply regret our role in what is clearly a systemic failure across women’s professional soccer.”

The NWSL opened an independent investigation into its handling of the accusations against Riley. U.S. Soccer and FIFA also are looking into the reports.

Riley has denied the allegations.

All the league's matches were called off last weekend. Play is set to resume Wednesday night with three games.

In addition to Riley and Burke, OL Reign coach Farid Benstiti was asked to resign in July after inappropriate comments made during practice. Racing Louisville coach Christy Holly was fired last month for reasons that have not been made public, and Gotham FC general manager Alyse LaHue was dismissed to violating the league's antiharassment policy. She has denied the allegations.