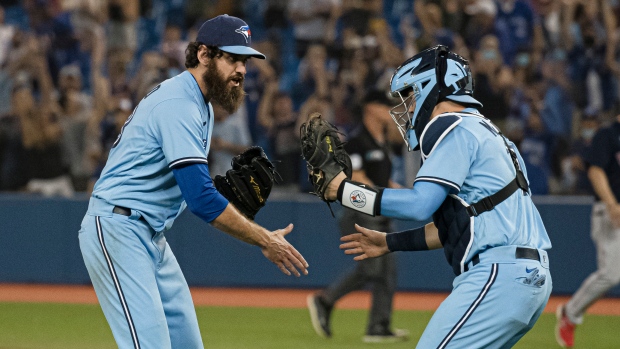 The Toronto Blue Jays are right back in the playoff race.

The season is a marathon and a team’s feel and direction can change multiple times throughout. The Jays’ lineup has been on fire all season and is even more locked in now that everyone is healthy and up to speed.

In fact, the offence is better now than it was early in the season, even when Vladimir Guerrero Jr. was red hot. The length and depth to the lineup is improved with George Springer back. Also, Lourdes Gurriel Jr. is swinging the bat much better while Reese McGuire and Santiago Espinal give quality at-bats in their roles.

Teams win consistently when their pitching is good. That was the case with Toronto in early April and that is the case now.

The pitching was locked in early but then the injuries started.  At one point, the Jays had eight relievers on the injured list. It is impossible to lock in a plan and roles when that happens.

Things started to come together when the Jays acquired Adam Cimber (along with Corey Dickerson) from the Miami Marlins in late June. Then the trade for Trevor Richards from Milwaukee added another quality experienced option in the bullpen. Brad Hand now seems to be settling in as well after a couple initial rough outings.

The best way to have a good relief crew is to keep pitchers in the bullpen as long as possible. When the starting rotation is throwing well and logging at least five or six innings per start, it allows manager Charlie Montoyo to utilize his relievers in regular roles.

When a team that is balanced gets a bad start, the bullpen can hold the deficit, giving the offence a chance to respond. The Jays are still better offensively than they are with their pitching. But the gap has closed which is why they are moving up in the standings. 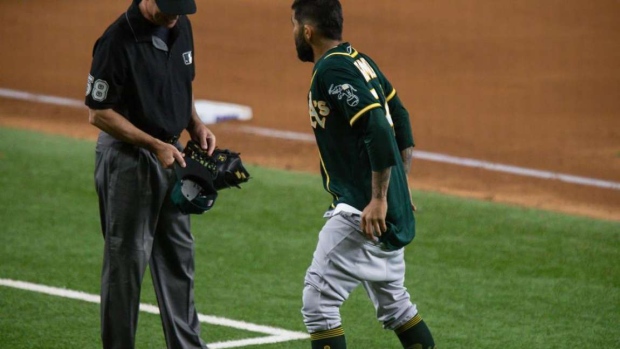 It’s amazing how we don’t hear griping about pitchers being checked for foreign substances coming off the mound anymore. After the initial complaints and a few players acting out, it has become widely accepted. So far, only Hector Santiago of the Seattle Mariners has been caught violating the rule. Ironically, Santiago served his 10-game suspension and then after his return tested positive for PEDs and is serving an additional 80-game suspension.

I spoke with Michael Hill, MLB Senior Vice-President of On-Field Operations, and he said they are very pleased by the results they are getting by enforcing the foreign-substance rule. More balls are being put in play as spin rates have fallen. And remarkably, the pitchers have adjusted and the sky isn’t falling as they claimed it would by enforcing the rule in the middle of the season.

The commissioner’s office wants to improve their relationship with the players, which is why they’ve hired former big-leaguers like Raul Ibanez and Rajai Davis to help as liaisons in the process. MLB believes this will help in the future rollout of new rules and the enforcement thereafter. Hill raved about their impact and also mentioned MLB is monitoring closely the results of potential rule changes in the minor leagues as well as the independent Atlantic League. I got the feeling that there will be more rule changes coming where the messaging to the players will need massaging. Ibanez and Davis should really help deliver the necessary message. 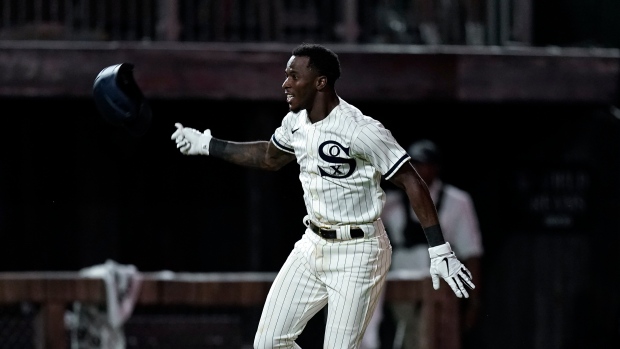 - I was fortunate to attend the Field of Dreams game in Dyersville, Iowa, where the movie "Field of Dreams" was filmed 30 years ago. It was magical. MLB put together a remarkable event.  They attended to every small detail, which didn’t go unnoticed by the Chicago White Sox and New York Yankees players on Thursday.

Players got a tour of the house and field where the movie was filmed as well as a chance to make their way through a corn maze. The stadium had a rustic and old-time baseball feel to it. The players wore throw-back uniforms that were perfect.

Mostly, I appreciate that MLB acknowledged the romance of the game. The movie focused on the baseball connection between Kevin Costner’s character, Ray Kinsella, and his long-since passed father. Those scenes in the movie brought back memories for me and millions of other baseball fans of playing catch with the person who introduced the game to us. It reminded all of the time and place where we learned to love the game. The players I had a chance to visit with all connected to that as well. This event was about the love of the game for all of us.

The experience for this group of players will spread by word-of-mouth, which is important for whatever the next event will be.  It will serve as an endorsement that MLB does things right and will lead to buy-in from the players.

The game itself was a classic. The White Sox won 9-8 in walk-off fashion when shortstop Tim Anderson hit a two-run walk-off homer in the bottom of the ninth after Aaron Judge and Giancarlo Stanton homered in the top of the ninth to give the Yankees the lead. This was a devastating loss for New York and help for the Blue Jays in the playoff race.

- The San Francisco Giants are an amazing story this season. Nobody predicted they would win the NL West. It was going to be either the Los Angeles Dodgers or San Diego Padres with the Giants a distant third. But instead San Francisco has the best record in baseball (74-41).

How are they doing it? They have hit the most home runs in baseball (175) yet they don’t have anyone I would classify as a home run hitter. Shortstop Brandon Crawford leads the Giants with 19 home runs. There are 52 hitters in baseball with more homers than Crawford. They are a collection of good hitters, just not any great hitters. Regardless, it is working.

- The head-to-head matchup between Shohei Ohtani and Guerrero this week in the MVP race ended up with an advantage to the Los Angeles Angels star. Guerrero went 2-for-15 with a walk, run scored and RBI in a four-game series. He also committed an error. Ohtani was 3-for-13 with two walks, a home run, three runs scored and two RBI. Plus, Ohtani pitched six solid innings and got the win in the Angels’ 6-3 victory over the Jays on Thursday. Vlad Jr. has cooled off a bit. At this point, it looks as if he is going to have to get hot and carry the Jays to the playoffs to have a shot at the MVP.