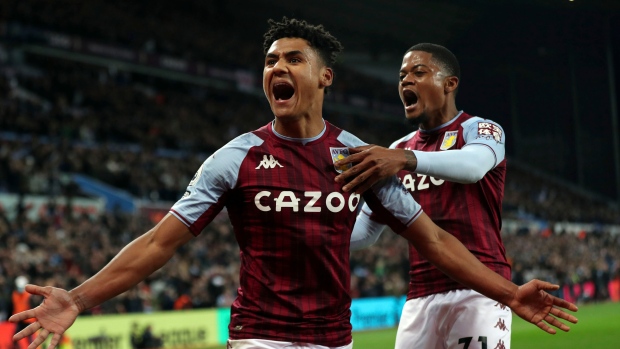 BIRMINGHAM, England (AP) — Steven Gerrard made a winning start as Aston Villa manager with a 2-0 victory over Brighton on Saturday in the Premier League.

Ollie Watkins broke the deadlock with a curling effort after 84 minutes before Tyrone Mings lashed home a second goal two minutes from time.

That made Gerrard the first Villa manager to win his first Premier League game in charge since John Gregory in February 1998, and immediately put a four-point gap between Villa and the relegation places.

Danny Ings and Jacob Ramsey returned to the Villa team as Gerrard made three changes, with Ezri Konsa also recalled after suspension.

Gerrard and his team emerged from the tunnel to a rousing reception from the home fans and Villa responded by creating several early chances to take the lead.

Brighton then had a couple of opportunities before the break but Villa goalkeeper Emi Martinez stood up to repel Leandro Trossard’s driven strike from an angle and then made a save with his right hand to deny Tariq Lamptey.

Gerrard brought on Ashley Young as a substitute and the former Manchester United player set up the opening goal for Watkins, who cut inside from the left before curling a shot into the top corner of the net.

The second goal came after an intercepted pass, with Mings smashing home the loose ball.