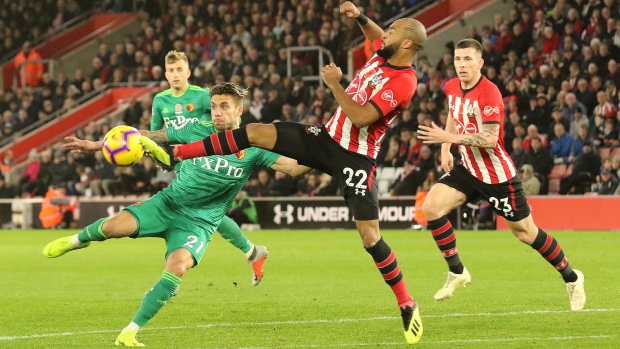 SOUTHAMPTON, England — Southampton's winless run in the English Premier League extended to eight games after conceding a late goal to draw with Watford 1-1 at home on Saturday.

Jose Holebas equalized with a deflected strike nine minutes from time, leaving Southampton aggrieved having had a goal from Charlie Austin incorrectly ruled out for offside at 1-0.

The draw left Southampton one place above the bottom three and with only one win from its last 17 top-flight fixtures in front of its own fans.

It came at the end of a turbulent week off the field, with the struggling south-coast club responding to a slump dating to last season by firing vice-chairman Les Reed and technical director Martin Hunter during the week.