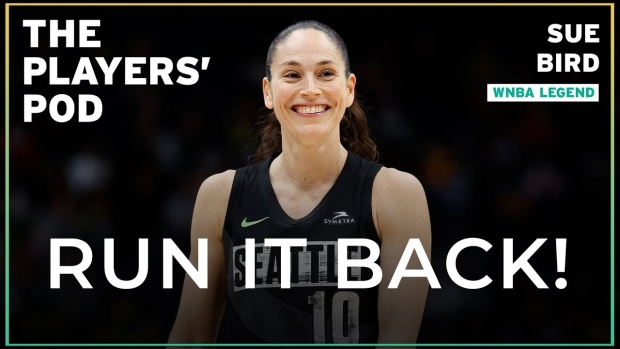 Sue Bird on The Players' Pod

Basketball legend Sue Bird is the latest person to support a multi-team expansion to the WNBA, joining Kelly O’Hara on the latest episode of The Players’ Pod to explain why she believes adding two more teams would benefit the league and sport substantially.

“I personally think it’s a little bit more realistic to expand teams, like to add two teams. So we have 12, now get to 14,” Bird said, “because that brings in two more owners, their own bank with their own salary cap versus asking the current 12 to put more money in. Because what is not going to happen is you’re not going to add roster spots and the salary cap will not go up.”

Calls for expansion in the WNBA have grown louder recently as more teams have been forced to cut draft picks and top talent to remain under the league’s salary cap. While teams can carry up to a maximum of 12 players, several teams have had to limit their roster to 10 or 11 players to fit under the cap. The cap was set under the league’s latest collective bargaining agreement, an eight-year agreement signed in 2020.

WNBA commissioner Cathy Engelbert announced in early May that the league is looking to add two teams within the next few years. Bird argues that even with an expansion, the league must also place a bigger emphasis on development.

“There is so much talent that’s getting cut, or they never get to get seen,” said Bird, “and you need to be in the professional environment to grow those players, for them to get that taste.

”As for where she thinks the WNBA should expand to next, Bird has some ideas. In particular, she thinks a certain city that has seen its basketball stock explode in the last few years would be a great addition.

You can listen to Bird’s full thoughts on a WNBA expansion on the latest episode of The Players’ Pod.