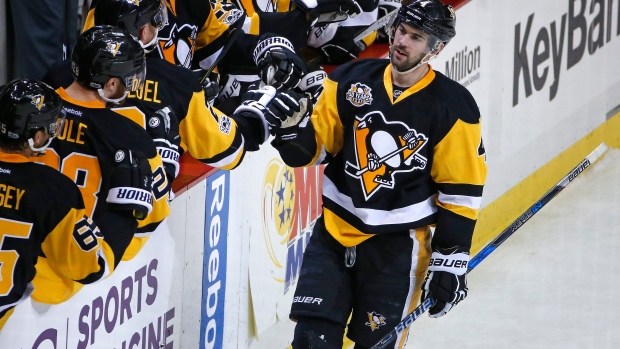 The Pittsburgh Penguins are dealing with key injuries throughout their lineup and ruled out four players ahead of Game 6.

When asked specifically about the chances on defenceman Justin Schultz and forward Patric Hornqvist playing on Thursday, Penguins head coach Mike Sullivan said it's "reasonable" to think they might.

Would be really surprised if Schultz didn't play https://t.co/jYtMKCbFj4

Sullivan did not provide an update on forward Tom Kuhnhackl or defenceman Chad Ruhwedel, both of whom also missed Game 6.

Schultz was injured in Game 2 against the Ottawa Senators, while Hornqvist is dealing with an upper-body injury from Game 1.

Schultz owns two goals and eight points in 14 playoff games this year. He scored 12 goals and added 39 assists in 78 games in the regular season.

Hornqvist owns four goals and three assists in 13 playoff games. He scored 21 goals and recorded 44 points during the regular season.

Ruhwedel was concussed in Game 5 on a hit by Bobby Ryan. Kuhnhackl has not dressed since May 8 due to a lower-body injury.

Of the four injured players, only Schultz travelled with the team to Ottawa for Game 6.