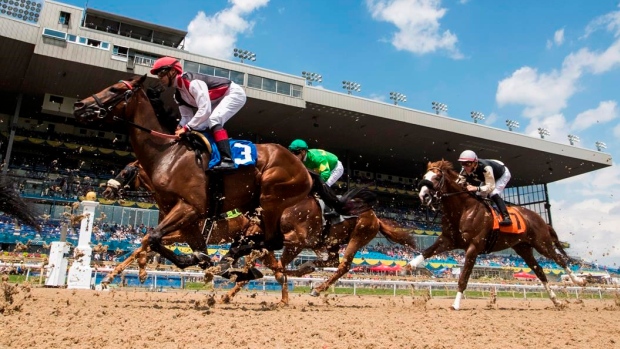 OTTAWA — The owners of a horse that was disqualified after initially winning the Canadian Derby more than three years ago might have run out of legal room to reclaim the title.

The Supreme Court of Canada has declined to hear an appeal from Rollingson Racing Stables and others who argued Chief Know It All should be reinstated as the winner of the 2017 thoroughbred race.

Horse Racing Alberta's appeal tribunal disqualified Chief Know It All for interfering with another horse about a year after the derby, which took place in Edmonton in August 2017.

The second-place horses, Double Bear and Trooper John, had finished in a dead heat and were declared the joint winners after Chief Know It All was disqualified.

Rollingson Racing argued unsuccessfully in the Alberta courts that the appeal tribunal did not have enough members to make the decision to disqualify, because one of them had been let go partway through the proceedings.

As usual, the Supreme Court gave no reasons for refusing to hear the case.

This report by The Canadian Press was first published May 13, 2021.