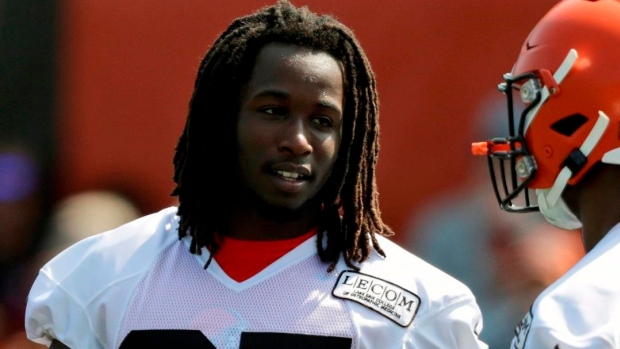 Hunt was on the field with teammates Monday for the first time since the end of training camp. A Browns spokesman said the league cleared his return during Cleveland's bye week.

Hunt looked agile during drills in the portion of the workout open to media.

The 24-year-old Hunt was not allowed at the team's facility during the season's first six games. Although he's practicing, Hunt is not eligible to play until Nov. 10, when the Browns host the Buffalo Bills.

While he was with Kansas City, Hunt pushed and kicked a woman during an argument in a Cleveland hotel. The Chiefs released the former league rushing titlist following the incident and the Browns signed him in February.

Hunt has been receiving counselling since joining the Browns.