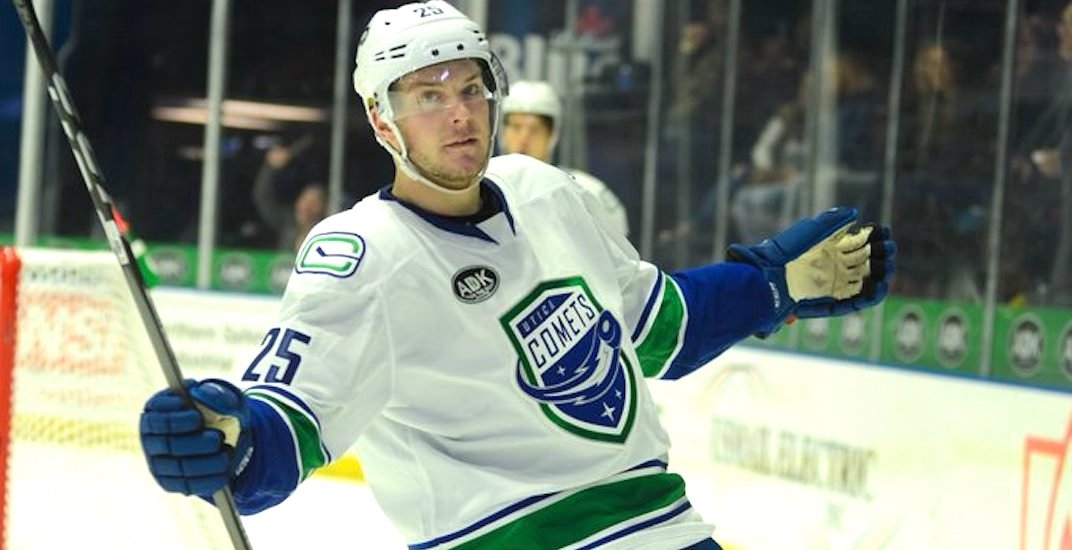 Where should the Canucks relocate their AHL farm team to if they were to leave Utica? 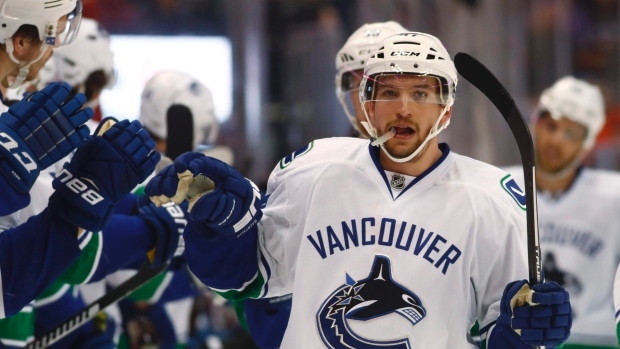 VANCOUVER – While many hockey players are unclear about their immediate futures and a return to play due to COVID-19, Sven Baertschi’s uncertainties run much deeper than that. The Swiss winger, who spent almost all of the 2019-20 season buried in the American Hockey League with the Vancouver Canucks minor league affiliate in Utica, NY, has no idea what his future holds. With one year remaining on a contract that will pay him $3.36 million dollars at the National Hockey League level, Baertschi is left to ponder what the Canucks will do with him this off-season -- whenever it begins.

The organization placed him on waivers out of training camp last October and assigned him to Utica where he produced 13 goals and 46 points in 43 AHL games before that league’s season was halted in mid-March and ultimately cancelled earlier this week. While Baertschi was relegated to the minors, in his mind he remains a National Hockey League talent.

“I always have been,” he tells TSN 1040.ca over the phone from his off-season home in Portland, OR. “I don’t think Vancouver expected me to come back and play (after missing 56 games the previous season with a head injury and related symptoms). That’s my personal opinion. Certain things sink in after a year. There were some moments in the AHL when I thought there are some darn good players -- like really, really skilled players. Sometimes I looked at it as the best players aren’t always in the NHL. There are definitely some players in the AHL that don’t belong there. For me, it was more confirmation that I don’t belong there in many ways. I don’t want to be rude or look down on people, but the way I look at the game is a lot different than a lot of other guys. As soon as I was put on waivers and sent down, for me personally it was about confirming to myself that I was one-hundred percent healthy.”

Aside from a high-ankle sprain that forced Baertschi to miss three games in January, he was a fixture in the Utica line-up on a nightly basis finishing fourth on the high-scoring team in points and tied for second in assists. His time in the AHL backed-up what he had always believed about his ability to produce points at any level of hockey and he feels he also proved to the broader hockey world that any injury concerns are no longer valid.

Knowing the Canucks are facing a cash crunch and seeking some flexibility to manage their salary cap this summer, Baertschi is hoping he gets his wish and can find a new NHL home for next season. There was talk of a potential trade ahead of the late February deadline, but that didn’t materialize. Now that he’s on an expiring contract, Baertschi may be more attractive to teams looking to add middle six offense to their line-ups.

“I don’t want to be back in the minors,” he says. “That’s where I’ve set my goal at. It’s up to them (Canucks management) really what they’re going to do next. That’s their job and that’s what they do. I’m just going to work my ass off going forward making sure I’m ready to go to whatever camp I’m going to. I have no plans of going back to Switzerland or to Europe; I think personally I can play on any team in the National Hockey League. I can do it. I can just focus on myself and making sure I’m ready for another year. I think I’ve proved to everybody that was worried before. I’m a hundred percent healthy, my games going well and I’m preparing for whatever is next.”

While some may look at the 27-year-old and figure he’s at a career crossroads after seeing little NHL action over the past two seasons, that’s not how Baertschi views things. He believes any NHL team interested in acquiring his services will find a motived individual ready to be an everyday contributor.

The past two campaigns have tested Baertschi’s mettle to be sure. But he thinks that will only make him a better player when he gets the chance he’s looking for to return to the NHL.

“I think you’ll find a really tough person, a really straight forward person – a person that has been through a lot, but is over it,” he explains. “I’ve gotten stronger as a person and I’ve gotten stronger as a player. Sven is always going to be Sven. I just play on instincts. I understand the game sometimes a little differently than other players. That’s just who I am. I’m in a better place than ever before in my life. I’ve never been happier in my life. A lot of people connect life with hockey. I got to experience my son’s first full year. In the NHL, you travel and you’re gone weeks and weeks at a time. In Utica, you just travel a few hours away and you’re home after the game. That was an amazing part of my AHL season. I’m a really happy guy right now and I’m just looking forward to what’s next and proving people wrong.”

Baertschi, who speaks of his time in Vancouver glowingly, also refers to his time here in the past tense. There is certainly a sense that despite still being under contract he has played his last game for the Canucks. In parts of six seasons with the team, Baertschi appeared in 225 games, scored 58 goals and registered 110 points setting career highs with 18 goals and 35 points in 2016-17.

Last summer, however, Baertschi felt the squeeze. Perhaps, as he believes, the Canucks didn’t count on him being able to resume his career or maybe they simply wanted to alter the composition of their line-up. Regardless the reason, the team added JT Miller via trade and signed Micheal Ferland in free agency. Those moves added scoring wingers with size and left Baertschi on the wrong end of a numbers game when it came to a roster spot ahead of opening night.

”It’s part of the business,” he says. “They built their team over the summer and that’s what they were going to go with. I went into camp and performed well and did what I could. And I still ended up in Utica. I made the best of that and now I feel better about my game than ever before. When a team puts you on waivers, it’s got a different feel to it. They’re paying you all this money to go play in the minors. It’s got a different feel to it. We’ll see what the future holds, but I’ll always be grateful for my time there. The teammates, the fans, the city. I’m always going to remember Vancouver as a wonderful spot to play in and I enjoyed every single minute of it.”

While Utica wasn’t his preferred work place over the winter, Baertschi accepted his fate, settled in and did all he could to recapture his game and rediscover the fun of hockey. Playing a key role on a good team, he says his biggest takeaway from his time in the minors can’t be found in any box score.

A skilled playmaker with the puck, Baertschi did his best to put his passing skills on display. He also made a point of passing on his knowledge of the professional game to his younger teammates hoping to climb the hockey ladder. And while Baertschi may ultimately be finished with the Canucks, his impact could very well be felt in the organization for years to come.

“For me personally, I was able to become a leader in many ways,” he says. “Guys are looking toward you throughout the practice and the game. I was able to help them out. I learned from the best – Henrik and Daniel – and I was able to pass certain things along and be a leader. It was a good team that already had good players and strong leaders, but I was able to jump in there and give my take on NHL hockey and guys picked up on that really fast and they were asking for advice. That was the beauty of it just to become a leader on a team where not many guys knew me. I was really happy about that.”​