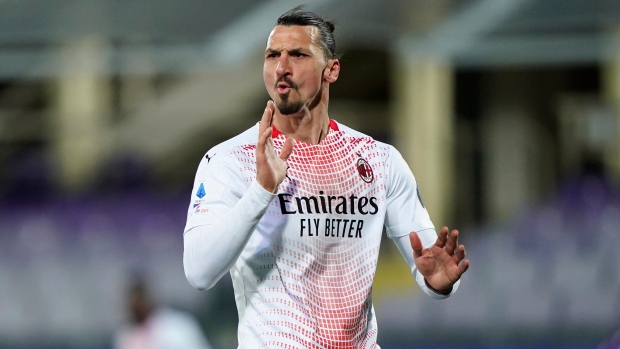 Zlatan Ibrahimovic's stay at the San Siro will last a little longer.

Milan announced a contract extension for the 39-year-old Sweden striker.

Details of the agreement were undisclosed.

Ibrahimovic is in his second spell with the Rossoneri, having signed with the team following his departure from the LA Galaxy in 2019.

In 25 appearances across all competitions for Milan this season, Ibrahimovic has 17 goals, including 15 in Serie A.

Over 130 appearances across all competitions in both stints with Milan, Ibrahimovic has scored 84 times.

With six matches remaining in the season, Milan sits second in the table on 66 points, 10 back of leaders Inter.

Milan returns to league action on Monday with a visit to Rome and sixth-place Lazio.

A second-place finish would be Milan's best league result in a decade.