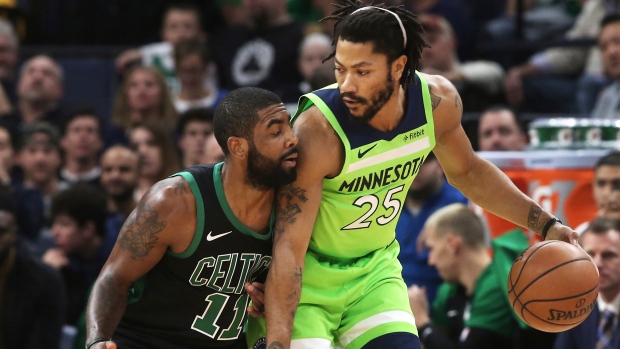 Derrick Rose's season is over.

The Minnesota Timberwolves announced that they have shut down Rose, Robert Covington and Jeff Teague for the remainder of the season.

"Rose has missed the last four games while experiencing soreness and swelling in his right elbow. An MRI taken Tuesday at Mayo Clinic Square revealed a chip fracture and a loose body in his elbow. The team and Rose are currently exploring further treatment options and he is expected to miss the remainder of the season."

It was a remarkable bounce back season for Rose, who averaged 18.0 points per game to go along with 4.3 assists. He also shot 48 per cent from the field, which was his best total since his sophomore season in 2009-10.

Minnesota will be back in action Monday night in Charlotte against the Hornets.