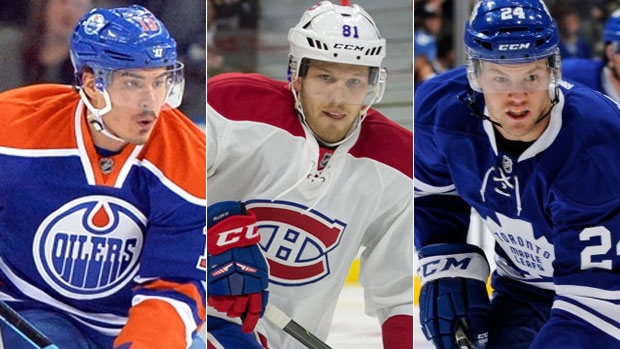 The NHL trade deadline mostly revolves around rental players, pending unrestricted free agents who can join a playoff team with 40 days remaining in the regular season and hopefully help springboard them to a Stanley Cup.

Antoine Vermette and Andrew Desjardins did that last year for the Chicago Blackhawks.

The real intrigue, though, lies in the trades we don’t necessarily see coming. Trade requests for Jonathan Drouin and Travis Hamonic have been on the books for months, but here are 10 other non-rental players potentially on the move between now and Monday: 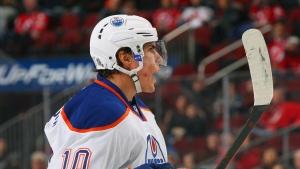 NAIL YAKUPOV
Team: Edmonton
Age: 22
Position: Right Wing
Contract Status: One year remaining at $2.5 million
2015-16 stats: 39 GP, 5 goals, 10 assists, 15 points
Scoop: In the midst of an abysmal season, it’s clear Yakupov could use a fresh start. The 2012 first-overall pick has shown flashes at times, but isn’t nearly as consistent or competitive enough to warrant a huge return. That return may indeed wait until the summer, but the best fit will come in the form of a prospect in need of a similar change of scenery.

BRANDON PIRRI
Team: Florida
Age: 24
Position: Centre
Contract Status: RFA (qualifying offer: $1 million)
2015-16 stats: 52 GP, 11 goals, 13 assists, 24 points
Scoop: The Panthers are in the hunt for a big left winger (read: Andrew Ladd), and if they’re going to spend, Pirri will be part of the package out of Florida. He is currently working his way back from a gruesome ankle injury and could be playing again in the next two weeks. As recently as Feb. 15, the versatile Pirri was on a line with Jaromir Jagr and Jonathan Huberdeau.

JUSTIN SCHULTZ
Team: Edmonton
Age: 25
Position: Right-shot Defence
Contract Status: RFA (qualifying offer: $3.9 million)
2015-16 stats: 45 GP, 3 goals, 7 assists, 10 points
Scoop: No team is likely to qualify Schultz with a $3.9 million offer this summer, but part of today’s discussion must be whether or not they think he is worth at least $3.3 million as a minimum team-elected arbitration award to keep him beyond this season. Schultz has underachieved, but there are still a handful of teams interested to see if they can rejuvenate the two-time 30-point blueliner. 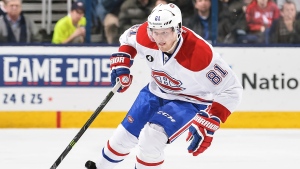 LARS ELLER
Team: Montreal
Age: 26
Position: Centre
Contract Status: Two years remaining at $3.5 million
2015-16 stats: 60 GP, 10 goals, 8 assists, 18 points
Scoop: Eller may be the most difficult player on this list to move. He is having a down year, like most of the rest of the Canadiens, but he has only reached the 30-point plateau once in his career. He is unlikely to do it again this season. In addition, Eller’s contract is backloaded and he is due $9 million in cash over the next two seasons.

MIKAEL BACKLUND
Team: Calgary
Age: 26 (27 on March 17)
Position: Centre
Contract Status: Two years remaining at $3.575 million
2015-16 stats: 59 GP, 11 goals, 19 assists, 30 points
Scoop: The Flames have other pressing rentals to move, with Kris Russell, Jiri Hudler and David Jones, but they may get a pretty decent return for Backlund. He is bound to be Calgary’s No. 3 centre next season with Sam Bennett rising behind Sean Monahan. Moving Backlund would create more cap space for new deals to Monahan and Johnny Gaudreau.

PETER HOLLAND
Team: Toronto
Age: 25
Position: Centre
Contract Status: RFA (qualifying offer: $813,750)
2015-16 stats: 53 GP, 9 goals, 16 assists, 25 points
Scoop: Holland is perhaps the most underrated players on this list. He has quietly produced and been the frequent recipient of praise from coach Mike Babcock. He is also a restricted free agent coming off a very reasonable deal, making it possible the Maple Leafs hang on to him. 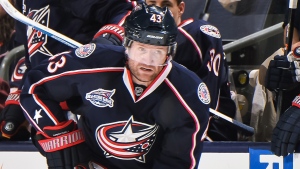 SCOTT HARTNELL
Team: Columbus
Age: 33 (34 on April 18)
Position: Left Wing
Contract Status: Three years remaining at $4.75 million
2015-16 stats: 59 GP, 19 goals, 20 assists, 39 points
Scoop: Hartnell has been the Blue Jackets’ most consistent producer (99 points in 136 games) since joining the team, but his contract has three years left. Columbus can score a bigger return by eating some of that salary, but how much makes sense if the goal is to cut costs? Pittsburgh was a rumoured destination, but we’re told the Penguins have no interest. Would Hartnell waive his no-trade clause to go back to Nashville?

JANNIK HANSEN
Team: Vancouver
Age: 29 (30 on March 15)
Position: Left Wing
Contract Status: Two years remaining at $2.5 million
2015-16 stats: 55 GP, 19 goals, 13 assists, 32 points
Scoop: Hansen’s name has made it through the rumour mill, but he is a strong candidate to be a part of the Canucks’ rebuilding process. He is on pace to set a career high of 45 points and he can play up and down Vancouver’s lineup. His reasonable contract is what makes him attractive.

MARTIN HANZAL
Team: Arizona
Age: 29
Position: Centre
Contract Status: One year remaining at $3.1 million
2015-16 stats: 47 GP, 10 goals, 22 assists, 32 points
Scoop: The Coyotes’ alternate captain has been with Arizona since draft day in 2005, but Hanzal is drawing interest from clubs. Over a full season, this year’s production would mean a 55-point campaign. The issue is he hasn’t played more than 65 games in a season since 2009-10, but Hanzal is on the right side of 30 and presents little risk with one year left on his deal.

MATT HENDRICKS
Team: Edmonton
Age: 34
Position: Centre
Contract Status: One year remaining at $1.85 million
2015-16 stats: 48 GP, 3 goals, 6 assists, 9 points
Scoop: The heart-and-soul Hendricks is one of the few core players Edmonton would like to hang onto. Yet, at 34, it’s clear he isn’t part of the Oilers’ long-term plans other than as an example-setting leader. If teams are interested in Hendricks for intangibles, why wouldn’t the Oilers listen?