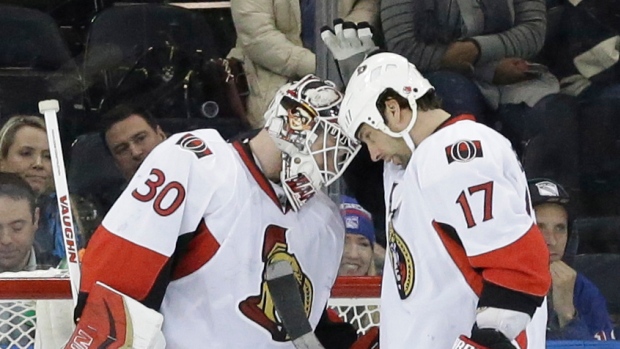 Trailing Boston in the standings by 14 with just a couple of months to go in the regular season.

That was the bleak reality the Ottawa Senators were facing back in the middle of February, when everybody was focusing on their draft lottery odds instead of them making an improbable playoff push.

Ironically enough, that opening sentence also describes the state of affairs for the 1978 New York Yankees. They trailed the Red Sox by that same margin – 14 games – in late July in the American League East standings. The Yankees were middling along with a record hovering around .500 and were such a mess, they made a mid-season managerial change. Out went Billy Martin (although that would be a somewhat annual routine) and in came Bob Lemon as the Yankees new field boss. From there, New York caught lightning in a bottle, going 48-20 down the stretch, while the Red Sox reverted to a .500 team and were caught from behind in the standings.

There was a one-game playoff at Fenway Park where the term Bucky ‘Expletive’ Dent was born and the rest was history. The Yankees went on to win the World Series and another sad chapter was penned into the annals of Boston sports history.

There could be another regrettable ending to a Boston sports season playing out before our eyes right now, as the Bruins no longer control their own playoff destiny. In any other season, the Bruins – and the Pittsburgh Penguins – would have limped into the playoffs. They would have built up enough of a cushion that a late season malaise wouldn’t jeopardize their spot. Instead, the Ottawa Senators have gone on a remarkable 20-3-3 run to vault themselves ahead of the Bruins and Penguins. Remember that in the middle of February, the Sens trailed the Bruins by as many as 14 points. What the Senators have accomplished over the past few weeks is nothing short of improbable and would set the new gold standard for second-half comebacks in the NHL.

If they clinch a playoff spot tomorrow in Philadelphia, the Senators will set an NHL record for erasing the largest deficit to make the Stanley Cup playoffs. The old record is 12 points – held by the 1993-94 New York Islanders. But that Islanders squad wasn’t ridiculously hot down the stretch; they posted a respectable – but somewhat unspectacular – 12-7-6 record in their final 25 games. Their last-minute entry to the playoffs had more to do with late-season stumbles by the Flyers and Panthers.

The Senators are on the verge of becoming the team that everyone mentions when talking about locking up a playoff spot. When a football team is trailing by a few touchdowns, everybody brings up the Buffalo Bills and their stunning comeback from a 35-3 deficit in a playoff game against the Oilers. And sure, there have been stunning hockey comebacks before. The ‘Miracle on Manchester’ happened when the Los Angeles Kings erased a 5-0 deficit in the 3rd period of a playoff game against the Edmonton Oilers in 1982. And that same Kings franchise engineered a comeback from a 0-3 deficit in a series against the San Jose Sharks last year before winning the Stanley Cup. Comebacks within a single game or a playoff series are amazing because the turnaround is so sudden; the shift in momentum feels like it happens with the snap of a finger.

But what the Senators are doing is almost more impressive, because it takes patience to pull off a comeback over the span of six-to-eight weeks. So much can go wrong. Ask yourself this: How many times did you think this comeback was over? Maybe after the loss to the Rangers? That awful performance against Florida? The first loss against Boston? The two losses against Toronto. There were so many times when this could have been de-railed and yet here we sit, about 24 hours away from watching the greatest second-half comeback in NHL history. And just like a lot of baseball fans bring up the 1978 Yankees as an example of a team that overcame a major obstacle, the Senators will be whispered in the same breath.

The old motto has always been, “If you’re not in a playoff spot by U.S. Thanksgiving, it’s very hard to make it back in.” And while that will remain true to a large extent, I can guarantee you every player and fan of a team who is well outside of the playoff picture in late November – or even in February – will say, “Yeah – but don’t forget about the 2015 Ottawa Senators.”