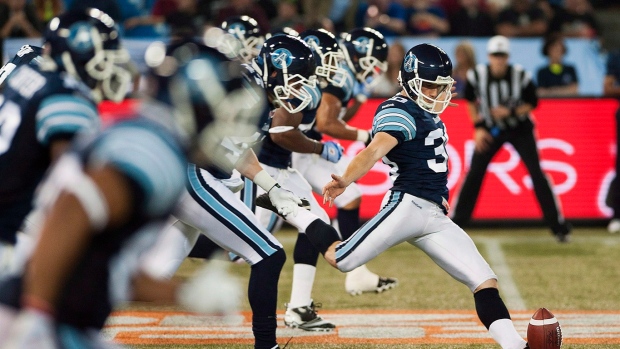 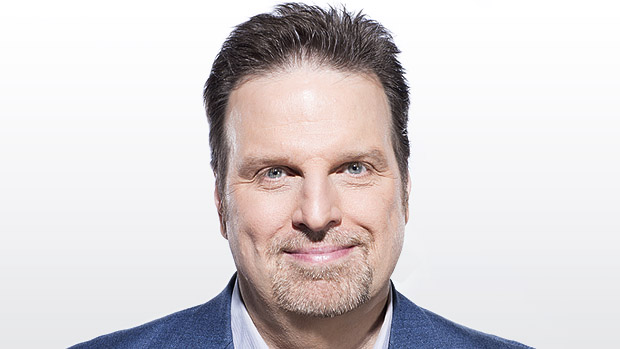 TSN Radio 1050's Mike Hogan has called Toronto Argonauts games for 11 seasons as well as play-by-play for a baker's dozen Vanier Cup games. He's compiled a list of his 10 most vivid football memories from the SkyDome/Rogers Centre, which hosts its final football game Friday night.

10. A victory for Varsity - November 20, 1993: At the end of the 1992 season, it looked as though a century-old tradition was about to end at the University of Toronto. The powers that be had decided that football had become too expensive for the school to operate and that the Varsity Blues had played their final game. Not only did the Blues survive, but they surprisingly advanced to the Vanier Cup final against Calgary. It looked like the game would be heading to overtime as the Dinos lined up for a 22-yard field goal with just 10 seconds remaining in the fourth quarter, but the attempt was blocked by future Argo John Raposo and the Blues held on for a 37-34 win.

9. Huard's farewell - August 24, 2000: He was perhaps the most disliked figure in recent Argo history. Head coach John Huard emerged onto the Toronto football scene and immediately tried to reinvent the wheel. He had players take popsicle breaks during practice and skip rope after training camp sessions. After winning their opening game of the season, things quickly went south. The Argos' next two games were against Montreal and they were demolished by a two-game total of 86-10. They managed one tie in their next four games, but the team was coming apart at the seams. It was a mess in the locker room and the anger was all directed at the head coach. The B.C. Lions provided the opposition on that late August night and it was obvious the team had all but given up. They were lit up 51-4 by the Lions. Many fans came dressed in Huard's familiar red coat and sun hat. They threw garbage in the direction of the coach as he ran from the field after the game. Huard resigned the next day.

8. Pinball's tackle - July 6, 1995: Michael Clemons is 5'6" and during his playing days tipped the scales at 170 pounds. Of that, about 150 pounds was heart. Never was that more on display than in a game against the Ottawa Rough Riders. With the Argos leading by seven points with just over two minutes left in the fourth quarter, Clemons was awaiting a punt deep in his own end. The snap was a bit high and punter Terry Baker sensed an opportunity. He threw the ball to Remi Trudel, who headed up the sidelines in front of the Argo bench. As it appeared he would pick up the 24 yards needed for a first down, a bolt of blue appeared out of nowhere. The diminutive returner threw his body in the direction of Trudel, knocking the receiver out of bounds and almost knocking himself out in the process. The play would fall one yard shy of a first down. That moment defined Clemons' toughness.

7. The Catch I - November 25, 2001: Dave Stala has been a CFL receiver for 13 years. He's best known for making circus catches on a regular basis. His great hands have earned him the nickname 'sticky', but it's not a catch with the Alouettes, Ticats or Argos he thinks was his most memorable. The best catch of Stala's career, according to the man himself, came in the 2001 Vanier Cup. His Saint Mary's Huskies would defeat Manitoba 42-16 on that Saturday, but it was his catch that stood out. At the end of the field furthest from the video screen, Stala found a small gap in a zone at the Bisons 10-yard line. Turning back to look for the pass, Stala realized it was high. He jumped as high as he could, timed his jump perfectly and at the apex of his leap, stuck his right hand as high as it could go. Somehow, while twisting back to the ball, Stala made an incredible one-handed catch, in the process introducing himself to Canadian football fans.

6. Uncle Buck - 1991-1993: If Michael Clemons is the most popular Argo figure of the SkyDome/Rogers Centre era, John Candy isn't far behind him. It's doubtful there was ever a negative word uttered about the larger than life co-owner, who bought part of the team because he absolutely adored the Argos. Just seeing him on the sidelines made you smile. Learning how passionately he cared for his team made you like him even more. CFL fans in the city and across the country loved him because they knew he was one of them.

5. A memorable debut - November 19, 1994: Everyone has to start somewhere. For your humble scribe, the first opportunity to call the play-by-play of a football game came in the 1994 Vanier Cup. Armed with nothing more than a burning desire to do well, I had no idea what to expect, but hoped there would be one or two touchdowns to call. It was the Western Mustangs against the Saskatchewan Huskies in the CIS championship game. Western had built a comfortable 31-14 lead before the comeback began. In the blink of an eye, the Huskies came back and took a 37-34 lead with just over a minute left. The Mustangs would tie it on a 42-yard FG by Frank Jagas with just four seconds left, forcing overtime. This was the old-school method of overtime, meaning there were punts. Western's Anthony Lane would return one of those kicks 77 yards for the deciding major in a 50-40 overtime win. U-Sask QB Brent Schneider threw for 528 yards, yet lost. It was a truly unforgettable game on many different levels.

4. The Magic Flutie - November 9, 1997: The Argos entered the East Final as fairly significant favourites to beat Montreal. The Double Blue were coming off a Grey Cup win the year before and had breezed to a 15-3 record. The Argos led 20-9 early in the third, but couldn't put the Als away. Tracy Ham led his team back and tied it at 30-30. But the usually sure-footed Terry Baker had an off day. He missed his third field goal of the game with a minute and a half left in the fourth quarter and Toronto had life. Pinball Clemons returned the miss to the Argo 16-yard line. After Doug Flutie ran for two first downs to open the drive, he hit Clemons on a crossing route. After catching the ball at the Montreal 40-yard line, he ducked and spun away from two Montreal defenders, then received an escort to the end zone from fellow receivers Paul Masotti and Mookie Mitchell, ensuring the 58-yard touchdown. It was in all likelihood the loudest cheer ever heard at a football game in the building.

3. The Catch II - November 26, 1989: Ironically, the greatest single play in the building's history may have been performed by a rival Tiger-Cat. It was the 77th Grey Cup between Hamilton and Saskatchewan. The Ticats trailed by seven points with less than two minutes left in the fourth quarter when they faced a third-and-goal from the nine-yard line. Mike Kerrigan dropped back from the left hash mark and threw toward the right sideline, about five yards deep. Tony Champion created some separation from the Rider defender, but only had one option. He dove backwards, fully extending himself in the process. When he first touched the ball, he was airborne and completely parallel to the ground. There may have been more spectacular catches in league history, but none with that much on the line. If he dropped it, the game was over. He held on and the major tied the game at 40-40. The Riders took the ball and moved down the field, winning the championship when Dave Ridgway nailed a 35-yard field goal in the dying seconds. Still, it was Champion's astonishing catch that is the lasting image of that day.

2. More to the story - July 12, 2007: On the surface it was a completely forgettable play. A rookie tailback took a handoff from Mike McMahon in an old-fashioned 'I' formation, ran off tackle to the left side, then made a pair of defenders miss with a hard cut to the inside at the 20, before scampering to the end zone for a 33-yard touchdown. The story behind the story made this memorable. The running back was Andre Durie. It was his first-ever CFL carry after an awe-inspiring journey to that game. Durie was a superstar at York. He had not one, but two 300-yard rushing games in his career. Then disaster struck. He blew out his knee in a game at Queen's. Three ligaments and some surrounding muscle were torn and there was nerve damage. Forget football, he'd be lucky to walk without a limp for the rest of his life. He went undrafted and was later signed by the Argonauts in a move that seemed to be nothing more than a courtesy. The incredible amount of work Durie did to simply get on the field was astonishing in itself. To see him score a touchdown on his first career carry is among the most emotional moments one could imagine.

1. The team of the century - November 25, 2012: If you proposed the script to a movie producer, it would have been rejected for being too far-fetched, even by Hollywood standards. A new head coach would team up with a future Hall-of-Fame quarterback acquired in the off-season and lead the team to the promised land. It would culminate in an historic game played on the team's home field. The Argos got hot at the end of the season, defeated the Eskimos in a playoff game at home before upsetting the Alouettes in Montreal in the East Final. The club would face Calgary in the championship game and jump out to a 24-6 lead at the half. By the time Andre Durie scored in the fourth quarter, the game's outcome was not in doubt. The Argos would win the 100th Grey Cup game 35-22. If only for one day, the CFL was in the spotlight in Toronto. Sadly, it would be the last football game played in the dome with that kind of atmosphere.