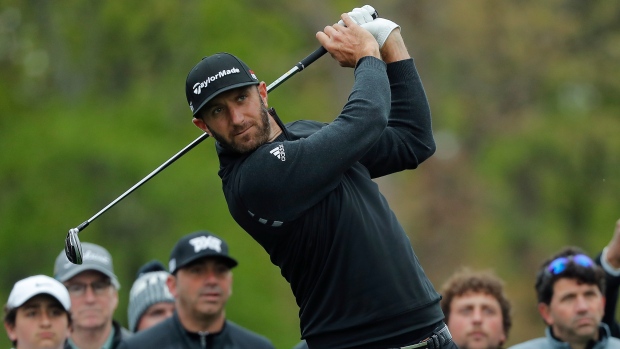 Trying to figure out how the world’s golf calendar is going to look for the remainder of 2020 is, at this point, a mug’s game. No one knows when tournaments will start and how the majors will be slotted into what is already a busy schedule.

But for argument’s sake, let’s take a totally unscientific approach, backed only by conversations with golf people who have too much time on their hands, in putting together a schedule.

First, let’s set the landscape: The 2019-20 PGA Tour season started with 49 events. Twenty-two of those have been played and, so far, 11 tournaments have been cancelled or postponed. That includes the Masters and PGA Championship, which are both looking for new dates.

Next we need a restart date. Let’s arbitrarily and optimistically use July 1 for that. Doing so means a third major, the U.S. Open, won’t be held on its date of June 18-21. So, we’ll add that to the majors-looking-for-a-new-spot pile.

It also means either a cancellation or postponement of the RBC Canadian Open. Very optimistically (okay, call me crazy), we’re going to add that to the group hoping to get a second chance. It is a national championship, after all.

­What’s left on the schedule is a lineup of 10 tournaments, with two of those being opposite field events. The Open Championship would be the first major and played on its regular calendar spot of July 16-19. The FedEx Cup playoffs would also go as slated with the Northern Trust (Aug. 13-16), the BMW Championship (Aug. 20-23) and the Tour Championship (Aug. 27-30).

Are there any gaps? There weren’t until the Olympics were postponed. The men’s golf competition was set to go July 30-Aug. 2, which is one opening. If the start of the 2020-21 campaign is pushed back a week, it creates two more spots. But there is also the Ryder Cup, Sept. 25-27, with which to contend.

Now comes the fun. How do we slot in three majors and the RBC Canadian Open?

There is lots of chatter about the PGA and the Masters. The former is lobbying to get the Olympic date. That would put it back in August, where it resided until last year’s reorganization moved it to May. As well, being held in San Francisco means the closer to summer it can be, the better chance of warmer weather.

The Masters is reportedly looking at an October date. Instead of seeing the azaleas blooming, we’ll see the leaves turning. To do this, however, would mean the PGA Tour would have to open up a spot on its schedule or turn one of its fall tournaments into an opposite field event.

Some idle chatter said the folks at Augusta National are looking at Oct. 8-11 so we’ll go with that.

As for the U.S. Open? Being held in Mamaroneck, N.Y., means a narrow window to ensure decent fall weather, so Sept. 10-13 might become its home. That’s two weeks after the FedEx Cup finishes, giving the top players a week off before what would be the year’s third major.

That leaves us with the RBC Canadian Open still looking for a home. Under the calendar we’ve created, the only open week would be between the Tour Championship and the U.S. Open.

Unfortunately, that also happens to be the week of the CP Canadian Women’s Open, being played in Vancouver at Shaughnessy G&CC. Two national championships on the same week is asking a lot with the limited resources at hand for Golf Canada. The field would also be less than attractive being sandwiched between two huge tournaments. Better to cut the losses and cancel, and hope Brooke Henderson works some magic in B.C. to make Canadian golf fans change their focus.

So, what does that all add up to? Golf returns in July, kicking off with the WGC-FedEx St. Jude Invitational. It has majors in July, August, September and October. The Ryder Cup is in September and the season ends Dec. 20 with the Hero World Challenge.

It means a lot packed into a short window and it’s predicated on a July 1 return. If nothing else, it’s nice to think about what might be ahead whenever tournament golf gets back up to speed.