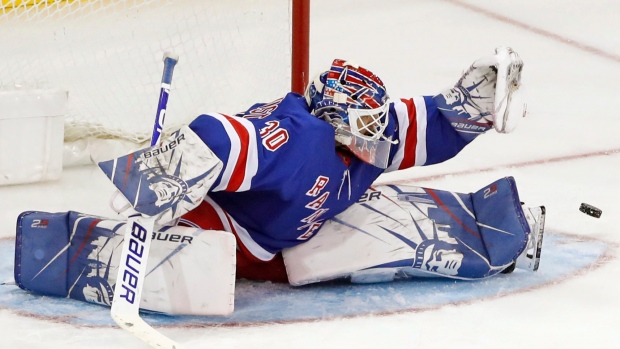 On Tuesday, we started assembling our All-Decade Teams for every National Hockey League franchise, with a focus on the skaters. Now, we need to round out the rosters with a couple of goaltenders.

The selection criteria for the goalies will be identical to that of the skaters. We’re using a regression-based Goals Above Replacement model to measure contributions from each goaltender over the course of the past 10 years.

These measures give heightened value to netminders who (a) stopped a higher percentage of shots relative to their peers; and (b) did so over a large number of games with one organization. Goals Above Replacement also takes into consideration important adjustments, like the variance observed in the quality of shots faced from goaltender to goaltender. (Winnipeg’s Connor Hellebuyck would like to remind you that this is important.)

A quick accuracy check at the top of our leaderboard shows New York’s Henrik Lundqvist, Montreal’s Carey Price, Los Angeles’ Jonathan Quick, and Boston’s Tuukka Rask rounding out the top four – a good sign that the measurement criteria is appropriate and in line with more simplistic measures (e.g. raw save percentage or goals saved above average).

One thought while we are here before delving into a team-by-team analysis. Defining the goaltender of the decade is a great test for how much you weigh individual contributions against team-level contributions.

Lundqvist will end the decade with the eighth-highest save percentage (minimum 10,000 shot attempts faced), which is strong in its own right. But when you adjust those shots based on expected scoring rates, Lundqvist rockets past the competition. For context, his 163 goals saved above expectations is double that of Anaheim’s John Gibson in second place, and nearly triple that of the aforementioned Quick (No. 4) and Price (No. 5).

On performance alone, I don’t think there is any doubt Lundqvist was the best of the bunch. But team hardware – unlike many of the other similarly great goalies – never materialized for King Henrik. If you are looking for the right balance of individual performance tied to team success, perhaps someone like Quick or Rask draws more attention.

At any rate, here are the selections, with total Goals Above Replacement contributions trended on the right: 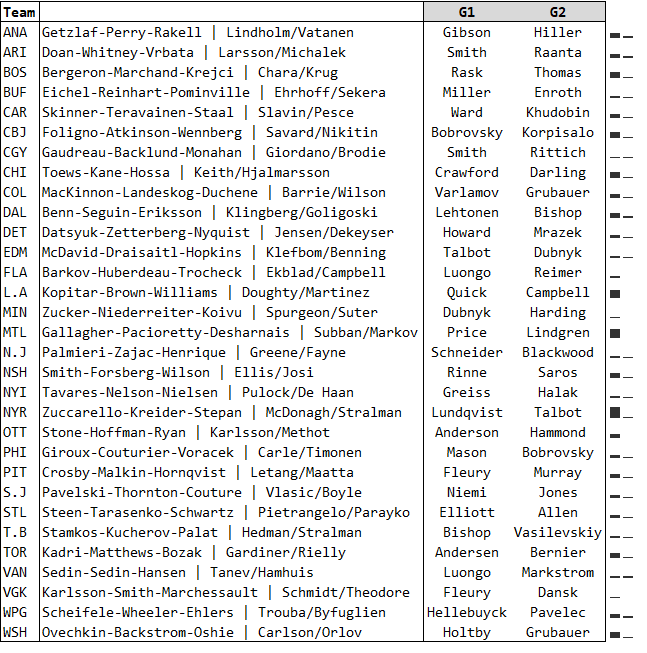 Where were the tightest races? Curiously, most of them were in Canada. Let’s take a closer look at three of them.

Vancouver Canucks: Roberto Luongo versus Jacob Markstrom really isn’t much of a debate over the course of their careers, but the goaltender of the decade discussion gets interesting for two reasons: Luongo’s dominance was really in the preceding decade, and Markstrom has been very productive near the close, posting a 91.3 all situations save percentage in 227 games. The gap between the two was infinitesimal, but Luongo’s outstanding 2010-11 was by far the best single season between the two and enough to give him the edge. Fun fact: Luongo is also one of eight goalies to represent two different teams, as he was also the most productive Florida Panthers goalie this decade.

Edmonton Oilers: The bar to clear for Edmonton goalies wasn’t particularly high. Edmonton finished 29th in the decade in save percentage (88.8 per cent), and much of that was driven by the seasons where netminders like Nikolai Khabibulin, Ben Scrivens and Devan Dubnyk struggled on bad hockey teams. Cam Talbot is an interesting pick because his ending in Edmonton was unceremonious – though disastrous might be a better word to describe his 89.3 save percentage in his final season there. But Talbot was perhaps the biggest reason why the Oilers ended their playoff drought in 2016-17, where he finished fourth in the Vezina Trophy race.

Calgary Flames: It’s never a good sign when the two goalies who make your team – Mike Smith and David Rittich – have a combined 212 games played with the organization. But the Flames struggled to resolve the goaltending position for a while, and heaps of their starts this decade went to an aged-out Miikka Kiprusoff and Karri Ramo, who washed out of the league in 2015-16. I suppose the glass-half-full perspective is that by the time Calgary had a playoff-calibre roster again, Smith and Rittich were there to provide decent enough goaltending. (Flames goalies stopped 90.5 per cent of shots in 2019-20, good enough to have Calgary on the inside track for a playoff berth.)

Data via Evolving Hockey and NHL.com