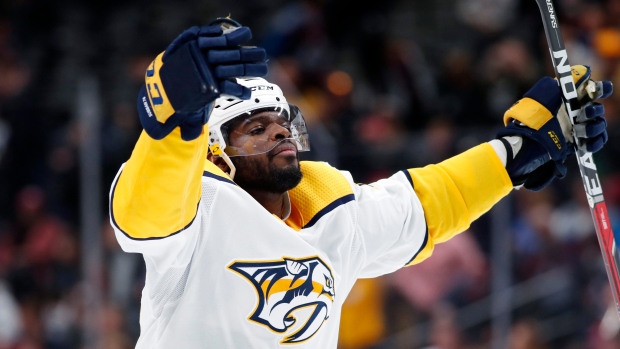 VANCOUVER — For trade thirsty and rumour-mongering hockey fans, the first night of the 2019 NHL Draft was like an episode of Seinfeld - a show about nothing.

There was one measly trade, a classic draft pick value swap, with the Philadelphia Flyers trading down three spots from No. 11 to No. 14 in exchange for a second-round pick from Arizona.

After weeks of buildup, and a flurry of chatter in the days leading up to the draft, there hasn’t been a single deal of consequence since all 31 general managers landed in Vancouver on Thursday. Just two years ago, 16 players were traded on Friday night.

The only Round 1 with fewer trades in the salary cap era was in 2005, the first Draft out of the year-long lockout, when the Penguins selected Sidney Crosby.

Even the Vancouver Canucks, who vowed to make a splash as draft host, simply stuck to their pick at No. 10 overall and selected Russian-born forward Vasily Podkolzin.

“Yeah, we tried,” GM Jim Benning said. “We were looking at a lot of different things and I’m going back to my office to keep working at it and I’m hoping to get something done. We’re still looking at some things.”

Maple Leafs GM Kyle Dubas was all over the draft floor on Friday night - and he wasn’t asking other managers about their dinner plans.

It’s believed Dubas turned up the heat on Marleau’s camp about moving his contract. Is it possible to send Marleau to Arizona, where he could be bought out, become a free agent, and sign a bargain deal with the San Jose Sharks?

Poile and the Predators are reportedly willing to retain 30 per cent of Subban’s $9 million salary cap hit. Depending on what the Maple Leafs take in return from Arizona, it doesn’t seem difficult to make the math work between moving Marleau’s $6.25 million and carrying hometown boy Subban at $6 million.

Whether it was the Canucks trying for Colorado's Tyson Barrie, the Hurricanes entertaining offers for Justin Faulk, or the Rangers fielding calls on Chris Kreider and Jimmy Vesey, it was all just talk.

Nothing came to fruition. But that doesn’t mean Saturday - and the week leading up to Free Agent Frenzy on July 1 - will be quiet.

“There has been a lot of chatter and maybe it’s going to happen [Saturday] with a bunch of deals,” Benning said. “I think there’s going to be quite a bit of movement. It just didn’t happen today.”

Commissioner Gary Bettman said the NHL hoped to announce next season’s salary cap figures on Saturday. The expectation is for the cap to come in between $81.5 and $82 million, at least one million below the March projection of $83 million.

“I think some uncertainty around the cap has kind of chilled the market a bit,” Coyotes GM John Chayka said. “Teams are in a holding pattern to see where that comes in before they make big decisions.”

“I guess what you don’t want to do is trade a player you need to for cap purposes and then all of a sudden you realize ‘Hey, with the extra half million, I could have fit him in and kept him,’” Chayka surmised. “Obviously, the market stagnated.”

Maybe we should have seen this coming, Flames GM Brad Treliving said.

“There’s a little bit of a noose right now,” Treliving said. “You’ve got everybody going into a narrow area, it’s tight from a cap perspective, there’s a lot of teams with their own guys they’ve got to sign, there’s a cap that came in maybe a little bit lighter than [we] thought. Then you look at teams that you look and maybe they have guys to sign a year from now. It’s making teams a little bit cautious.”

Treliving was firm in his prediction: “We’ll see movement.”

Saturday’s entertainment may rest on Treliving and the Flames. The last two Saturday’s at the Draft, Treliving has made a sizeable trade, acquiring Travis Hamonic in 2017 and Elias Lindholm and Noah Hanifin last year.

Does Treliving have another one in him?

“I don’t know,” Treliving said, chuckling. “We’re going to go back to the hotel here and see if we can cook something up.”