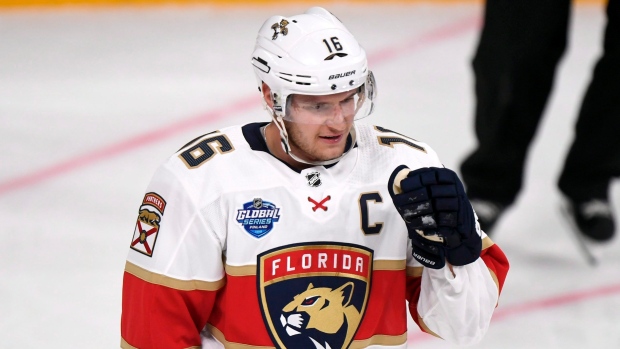 We are in the midst of a possibly historical regular season again in 2018-19. But I’m not talking about goals, assists, plus-minus, shots, or save percentages. I’m talking about penalty differential and the work that Aleksander Barkov is doing this season in Florida.

Keep in mind that only seven players in the history of the NHL have finished an entire regular season without logging a single penalty minute. Butch Goring (1980-81, NYI) and Craig Ramsay (1973-74, BUF) are probably the most impressive in that class, since they both managed to play 78 games in their respective seasons.

We’re a ways off from talking seriously about Barkov chasing that sort of record, but it is something to note. We should remember the Goring and Ramsay seasons came during a different era. In the last decade or so, only one player has made it through the majority of the regular season without taking a penalty: St. Louis’ Carl Gunnarsson in 2014-15, and that was in a truncated 61-game season.

The only issue with this is we are only looking at half of the equation. What we ultimately care about is penalty differential – a statistic that has been publicly available since the 2007-08 season. Although it’s important to stay out of the penalty box, it’s just as important to be able to draw penalties (and correspondingly, win power-play opportunities) for your respective team. The more net penalties you create for your team, the more goals and wins you are going to add in the standings. That’s hugely valuable.

Barkov also leads the NHL in drawn penalties this season ¬– by a considerable margin. His 22 penalties drawn are comfortably tops in the NHL, six ahead of New Jersey’s Nico Hischier, Colorado’s Nathan MacKinnon, and Edmonton’s Connor McDavid. 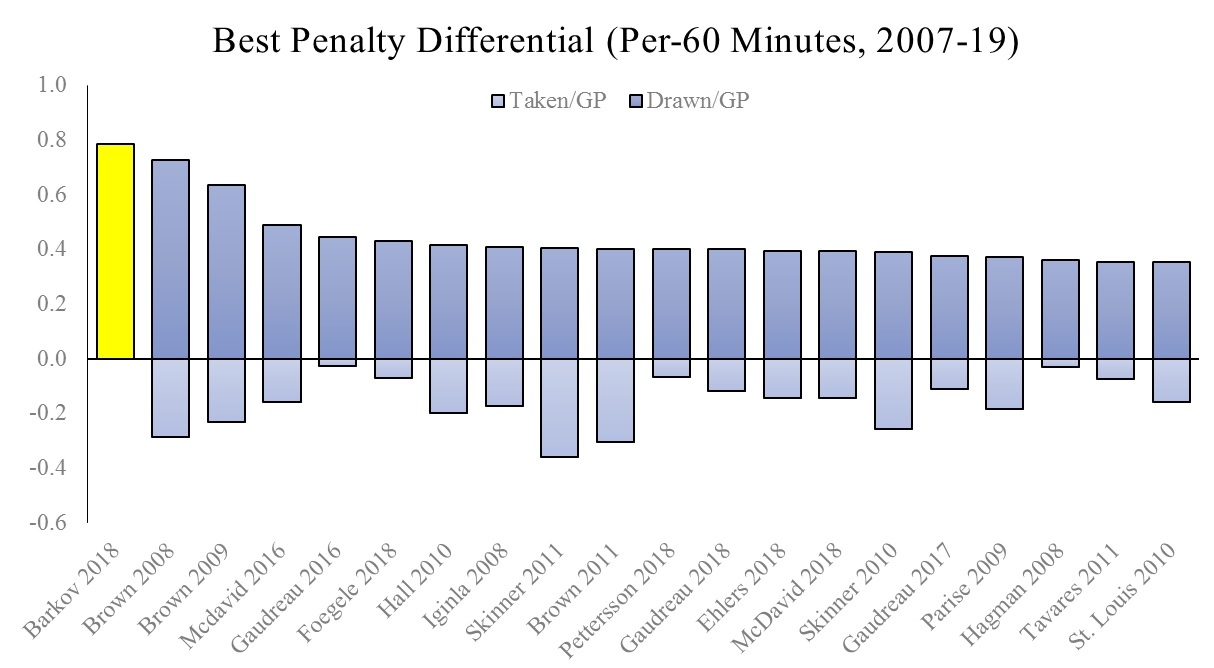 There is really only one statistical player comparable to the season Barkov is having and that’s Dustin Brown nearly a decade ago. Brown, if you recall, posted some legendary penalty drawn totals – he drew 81 penalties in the 2008-09 season and followed that up with 71 drawn in 2009-10. Those numbers have never been touched, though Brown offset some of those penalties drawn with minors and majors of his own.

To that end, I’m not sure we’ve ever seen a season like the one Barkov is having. He hasn’t taken a single penalty. He’s drawn the most penalties in the league. He’s on pace to carry the best penalty differential in the modern era of hockey, and it seems possible that it’s the best number we have seen in decades. The best part is this isn’t merely some interesting trivia tidbit – these penalties are real and tangible and Florida is already about five goals better than expected on Barkov’s penalty differential alone.

What we have here is a possible record trifecta. Odds are still against him, but Barkov could be the first player in 40 years to finish the season without taking a penalty. He also has a shot (albeit an outside one) at Brown’s penalties drawn record. He also has a very real shot at the best penalty differential we’ve seen from a player for as long as the data has been available.

Now that is chasing history!