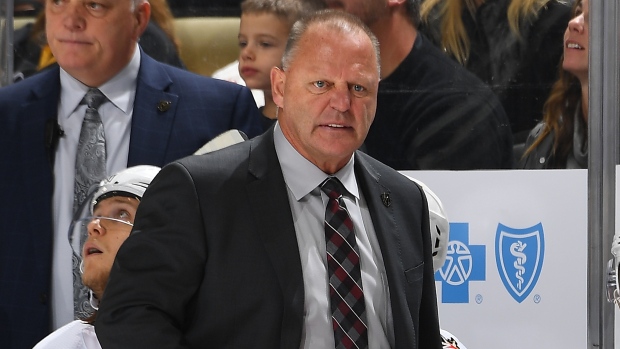 On Wednesday afternoon, the Vegas Golden Knights announced the firing of head coach Gerard Gallant. The firing was a shocker – Gallant’s team made the postseason (including a Stanley Cup appearance and his Jack Adams Trophy win in their inaugural season) in every year of his tenure, and, despite some challenges this season, the club is vying for another playoff berth.

Gallant’s firing marked the seventh coaching firing in less than two months, a continuation of one of the more unstable runs for coaching retention we have seen in recent history. Gallant’s removal certainly differed from most of the others, though – absent the firings of Bill Peters and Jim Montgomery for off-ice issues, most of the other teams who changed coaches were looking up at a bunch of teams in the standings and arguably in need of a fresh voice.

That’s not necessarily the case in Vegas. You could make the argument that the team hasn’t met expectations – we still, by and large, consider this team a Stanley Cup contender – but that’s not exactly solid footing. Despite their intermittent struggles, the Golden Knights are still in a playoff position and just a few points back of first place in the Pacific Division.

Plus, the team’s underlying numbers have been strong for some time now. At the time of Gallant’s firing, the Golden Knights were second in expected goal and scoring chance differential, and carried one of the league’s better power-play units. Combine that with Gallant’s otherwise sterling record of producing playoff-calibre teams in Vegas (save one ugly penalty call), and it’s hard to see how Gallant blew through so much equity in such little time.

The one thing that’s true about Gallant’s team this year though is that the goaltending has been a weak point. The backup position – primarily carried by Malcolm Subban – has been in limbo since the team came into existence, and Marc-Andre Fleury’s play has recently fallen below league averages. At the team level in all situations, the Golden Knights are tied for 19th in stop rate. Adjusting for shot quality does little to help their cause, as the Fleury/Subban tandem was 18th in Goals Above Replacement contributions over the same period.

What is noteworthy to me, as tends to be the case for just about every head coach fired for performance reasons, is that the goaltending in Vegas has collapsed very recently. You might read the above paragraph and conclude that the Golden Knights goaltenders have been mediocre this season, but that hasn't been the case more recently. Their stop rates have cratered over the past 10 games, with the Fleury and Subban tandem stopping just 85.8 per cent of shots. That's the type of short-term goaltending collapse that can fundamentally damage a front office's perspective of the broader team performance.

This is actually a tried-and-true rule in NHL circles, especially recently. If you are a head coach and your goatlending is terrible for a few weeks, you are probably sitting on the proverbial hot seat. In fact, if you look at coaching terminations over the last three years, you can see just how brutal the goaltending has been right up until the point of the termination. (I used a 10-game average, but different segmentation yields similar results):

But in most cases, those awful stop rates are just fleeting moments in time and appear to be more of a reflection of intermittently bad goaltending than anything else. Consider the Golden Knights again as a quick example – a puck-dominant team that has remained so even through an ugly losing stretch: 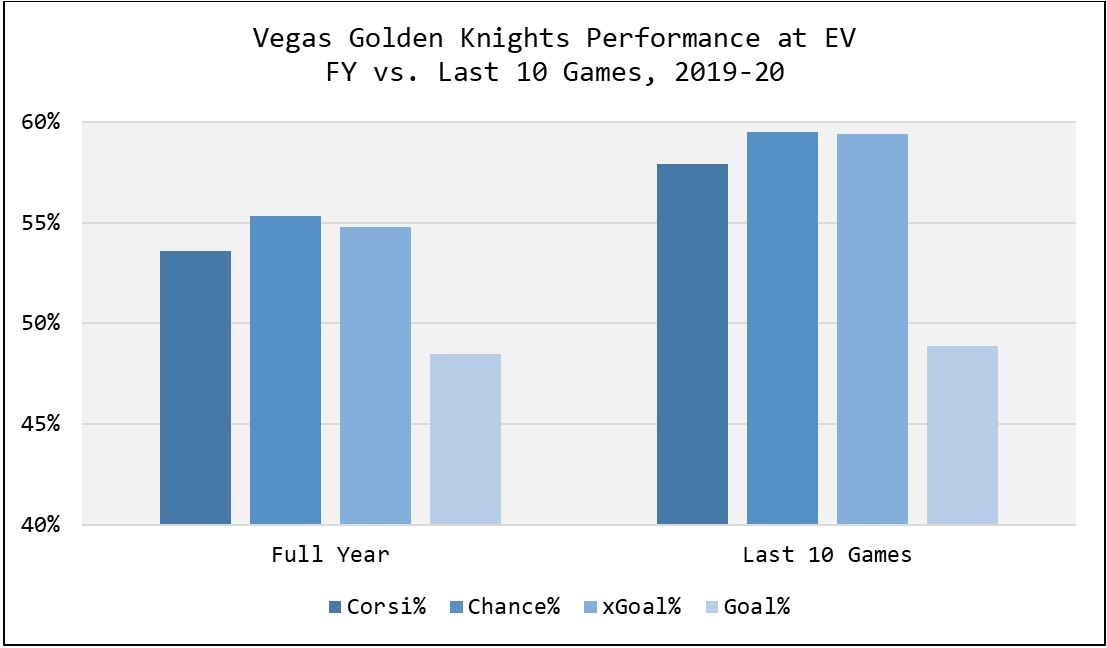 If you knew nothing else about this team other than the above data, you would reasonably conclude that this team has either a shooting talent problem (possibly true) or a goaltending problem (probably true). The rest of the skating group appears to be outplaying the opposition on a routine basis – and over the last 10 games that is even more pronounced. Of course, even-strength play – while the most critical game state – isn’t the only state. Golden Knights fans know that the real problem lately has been that the team can’t get a stop on the penalty kill, where their 15.4 goals against per-60 minutes are 30th in the NHL over the last 10-games.

It’s hard to know what else may have created a rift between Gallant and the Vegas from office, and the same point can be made about a number of the fired coaches and their respective front offices. But one thing that is certain is that bad goaltending, even over brief stretches, remains the ultimate coach killer. In the post-Mike Yeo era, we are starting to see front offices even more vigilant and aggressive in making coaching changes, even if the driving factor is a bad and brief run of goaltending that always seems to favourably regress over a longer period of time.

But one man’s loss is another man’s gain. I think it’s fair to say that if Peter DeBoer sees some bounce back from his goaltending tandem in the next few weeks the former San Jose bench boss will have assumed control of a team that, save for some shaky goaltending, still looks every bit the part of a serious contender.