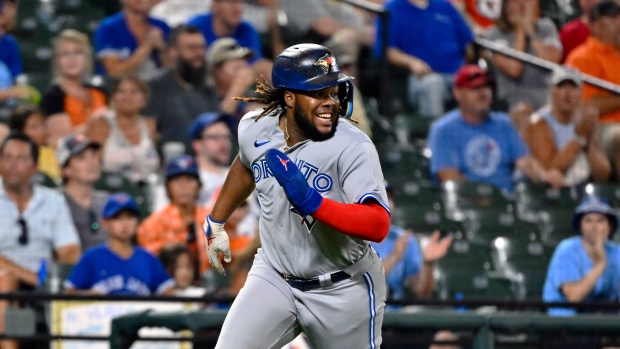 The Blue Jays are just 2-5 since the trade deadline passed. That’s not quite the instant success a general manager wants after upgrading their team.

There is nothing more rewarding for a GM than seeing new acquisitions immediately deliver in big moments. There is nothing worse than the team struggling right after the deadline. When things go badly people assume it is because the GM either didn’t do enough or tinkered too much and messed with the chemistry of the team.

Baseball is a game of judgement. We call it evaluations and analysis, but it is really judgment. Front offices judge players and coaches. Coaches judge players, and players judge everyone. How players feel about themselves and their team affects how they perform. It’s true – even if the analytic departments on teams can’t quantify it.

It is easy to judge the Blue Jays performance since the trade deadline and say that GM Ross Atkins didn’t do enough. We will find out in due time if that is right. I don’t like to second-guess. I thought before they played the first game after the deadline that they should have made more impactful moves.

I also thought they should have added a left-handed reliever – and that was before Tim Mayza injured his shoulder. I wanted multiple lefties in my bullpen when I was building a roster, putting us in position to better match up with opponents in late innings. Plus, bringing in a lefty reliever can force an opposing manager to use a pinch hitter and burn players off the bench earlier.

With George Springer’s injured elbow, it became clear that the Jays needed to protect themselves in centre field. The Whit Merrifield trade was brilliant because he has versatility to play in the infield or corner outfield spots when Springer comes off the injured list.

The Springer injury did force the Jays away from just a big DH bat like Nelson Cruz because they needed to keep the DH role open for Springer if he can’t play in the field. The Jackie Bradley Jr. signing was a great move as he is an outstanding defender in the outfield and a left-handed bat with postseason experience. He will help.

I feel safe in my judgment that the Jays did enough to make the playoffs. But they didn’t seem to  do enough to catch the Yankees, who have lost seven of their past eight games. This week has been a lost opportunity as the Jays could have creeped closer to first place in the AL East. That would have been a huge benefit because chasing the team in front of you creates a different energy than looking over your shoulder at the teams behind you.

Key Jays down the stretch

The key starter for the Jays over the next two months is Jose Berrios. They need to get him right. A lot is being made about his home (6-0, 3.23 ERA) and road (2-4, 7.50 ERA) splits. He is a veteran player, so there shouldn’t be anything about the road that intimidates him. But when something becomes an issue, it needs to be overcome. The Jays need Berrios to be the No. 3 starter behind Alek Manoah and Kevin Gausman to round out the postseason rotation.

The key reliever for Toronto is Yimi Garcia. He had an amazing July (0-0, 0.00 ERA, one hit in nine innings) but August has been a struggle (0-1, 6.75 ERA). With their only left-handed reliever, Mayza, out with the dislocated shoulder, the Jays need a right-handed reliever to neutralize lefty hitters. Garcia has held lefties to a .193 batting average this year.

The hitter who is most important the rest of the way is Springer. The Jays need him to recover from his elbow injury enough to be able to hit. Centre field is covered with Merrifield and Bradley Jr., but they need Springer’s offensive production. It’s not a huge problem if he has to be the designated hitter. The Jays just can’t lose him for an extended time on the injured list.

We saw multiple replay reviews this past week on plays at home plate where the collision rule was the issue. In both situations the base runners were called out at home plate, only to have the call reversed to safe.

The Blue Jays were involved in one of them in their game against the Minnesota Twins last Sunday. Merrifield was trying to score on a sacrifice fly to left field, but Twins outfielder Tim Beckham made a great throw to the plate to gun him down. Jays manager John Schneider asked for the play to be reviewed as Twins catcher Gary Sanchez appeared to have blocked the plate without allowing Merrifield a pathway to the base. Upon review the play was overturned and Merrifield was called safe. Twins manager Rocco Baldelli lost his mind about the reversal and was ejected from the game.

The review umpires got the call right. The rule states that the catcher can’t block the plate if he is not in possession of the ball. Sanchez was standing directly in front of the plate while waiting for the ball to get to him. I understand why Baldelli was upset. His catcher was not blocking the plate while having to reach far to his right or left to catch the ball. He was standing in direct line where the ball was thrown to the plate. However, the rule is clear that if the catcher does not have possession of the ball, he cannot block the plate (even if he is in line with the ball waiting to catch the throw.).

The collision rule is a good one as it has significantly reduced scary plays at home plate where catchers can be severely injured. But I would like to see a tweak to the rule that would allow the catcher to stand in a direct path between the plate and the base runner if the throw from the fielder leads him there. I think the catcher has as much a right to a lane to catch the ball as a base runner has to get to home plate. Catchers shouldn’t have to try and be wide receivers, standing on the sideline trying to make a catch on a throw to the plate and then swiping a tag.

The other suggested change I have is to the replay review system. This year, they started having the on-field umpires explain the call to the fans and broadcasts once the verdict is relayed from the New York video room. I like the communication but believe the wrong person is relaying the message.

MLB should find a way to put the umpires in the review room on camera with a mic so they can be accountable for their own calls. When there are review calls that upset managers now, they scream at umpires who have nothing to do with the reversal. There needs to be accountability for decisions that affect the outcome of games.